The plaintiffs, which include institutional investors from countries such as Britain, Germany and the United States, are demanding in the lawsuit that the Japanese automaker pay a total of around 34.4 billion yen ($315 million) in compensation for their financial losses.

According to the complaint, the investors who have traded Nissan stocks through financial institutions since June 2011 argue that Nissan stock prices plunged after the company's then Chairman Ghosn and Greg Kelly, a former Nissan executive, were arrested by Japanese prosecutors in November 2018 for underreporting Ghosn's remuneration by billions of yen in financial reports over multiple years. 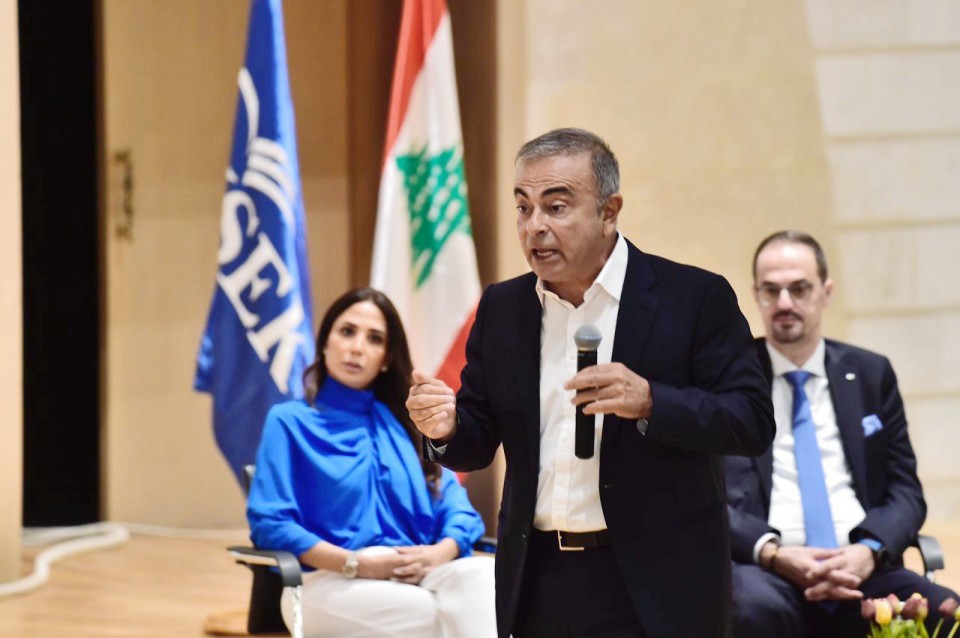 The investors maintain that Nissan could easily have forecast a drop in stock prices due to damaged trust in the company's accounting and corporate governance if the incident was reported by news media.

Nissan, which was also indicted in connection with financial misconduct by Ghosn, declined to comment on the trial.

Ghosn jumped bail and fled Japan for Lebanon while awaiting trial in 2019. He spent his childhood in Lebanon, which does not have an extradition treaty with Japan.

Ghosn has said he is innocent of the charges and that his arrest was the result of a coup staged by Nissan executives. He also said that he fled Japan to escape a "rigged" justice system.

Kelly is currently on trial in Japan on suspicion of helping underreport Ghosn's remuneration. He has pleaded not guilty to the charges.