Organizers announced the results after the final round ended Saturday in the Belgian capital. First prize went to Jonathan Fournel of France, with Russian Sergei Redkin taking second. 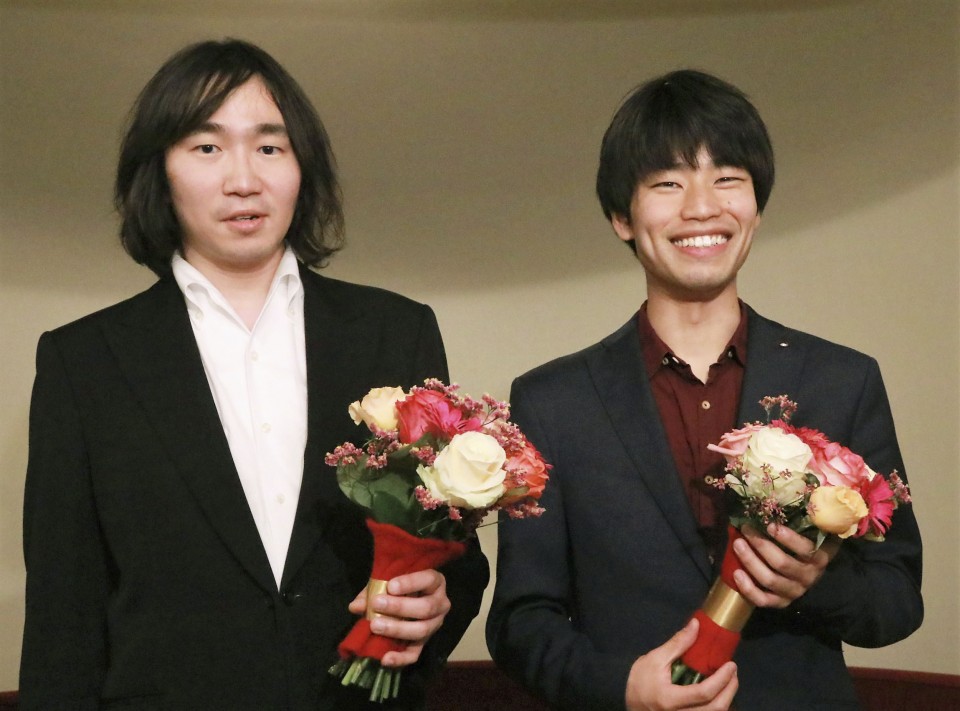 "I'm honored to receive the third prize. I think this will open doors for me in my international career," Mukawa, 28, told reporters after the award ceremony. "I'm very satisfied."

Sakata, 27, said he is proud of winning a prize at "the most important competition in the music world."

Mukawa, a native of Aichi Prefecture, central Japan, is studying fortepiano at the Paris Conservatoire. Sakata, who hails from Nagoya, is studying at the Hanover University of Music, Drama and Media in Germany.

They both studied at the Tokyo University of the Arts before continuing their studies in Europe.

Momo Kodama, a Japanese pianist who served as one of the judges, hailed the two's performances, saying, "I'm convinced that they will stand on the world stage."

Kodama said Mukawa has both "delicacy" and "boldness" in his performance and called Sakata's play "architectural" with a strong presence.

Dating back to 1937, the competition is named after Queen Elisabeth of Belgium (1876-1965) and focuses on violinists, pianists, singers and cellists who are embarking on their international careers.

The piano competition initially was to take place last year but was postponed due to the coronavirus pandemic.

The 12 semifinalists and six finalists did not perform in front of a live audience, but their performances were broadcast live on the internet, radio and television.