Japan's daily COVID-19 cases topped 7,000 for the first time since mid-January on Saturday, a day after the government's decision to expand the ongoing state of emergency beyond Tokyo and the greater Osaka region, amid growing fears over spreading variants of the coronavirus.

While some people expressed weariness about having to put up with longer restrictions, 15 of the country's 47 prefectures saw record numbers of more coronavirus infections including Aichi and Fukuoka that will be placed under the emergency from Wednesday. 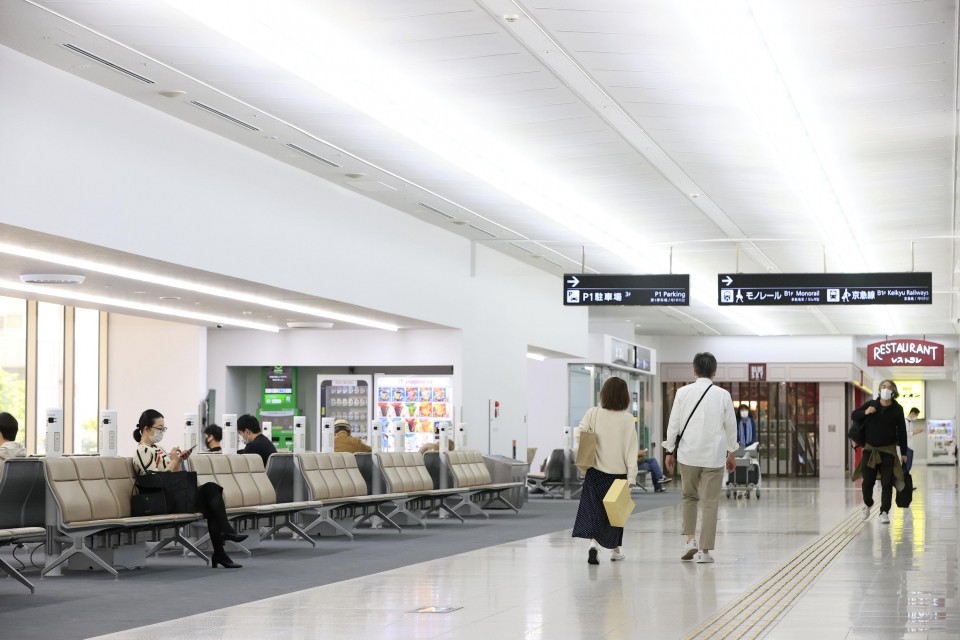 Tokyo's Haneda airport is quiet with few travelers on May 8, 2021. (Kyodo)

Tokyo, which is set to host the Olympics in less than three months, meanwhile, reported 1,121 new cases, the highest daily level since Jan. 22 when the second state of emergency was still in place.

Across Japan, the daily total reached 7,246, most since Jan. 9 as the fourth wave of infections rages on in wider areas, which are not yet under the state of emergency or its quasi version entailing some lighter restrictions.

Few travelers were seen in Tokyo following the government's decision on Friday to extend the third emergency, which was initially slated to end Tuesday, to May 31.

A woman in her 50s who works at a coronavirus testing center said, "People are moving around so I don't think the number of infections will decrease despite the extension of emergency."

Of the 15 prefectures, Aichi and Fukuoka confirmed 575 and 519 cases, respectively. Hokkaido reported 403 cases.

"Everyone is wearing face masks and yet more contagious coronavirus variants are on the rise. The state of emergency cannot be helped," said a 76-year-old man in the southwestern city of Fukuoka. 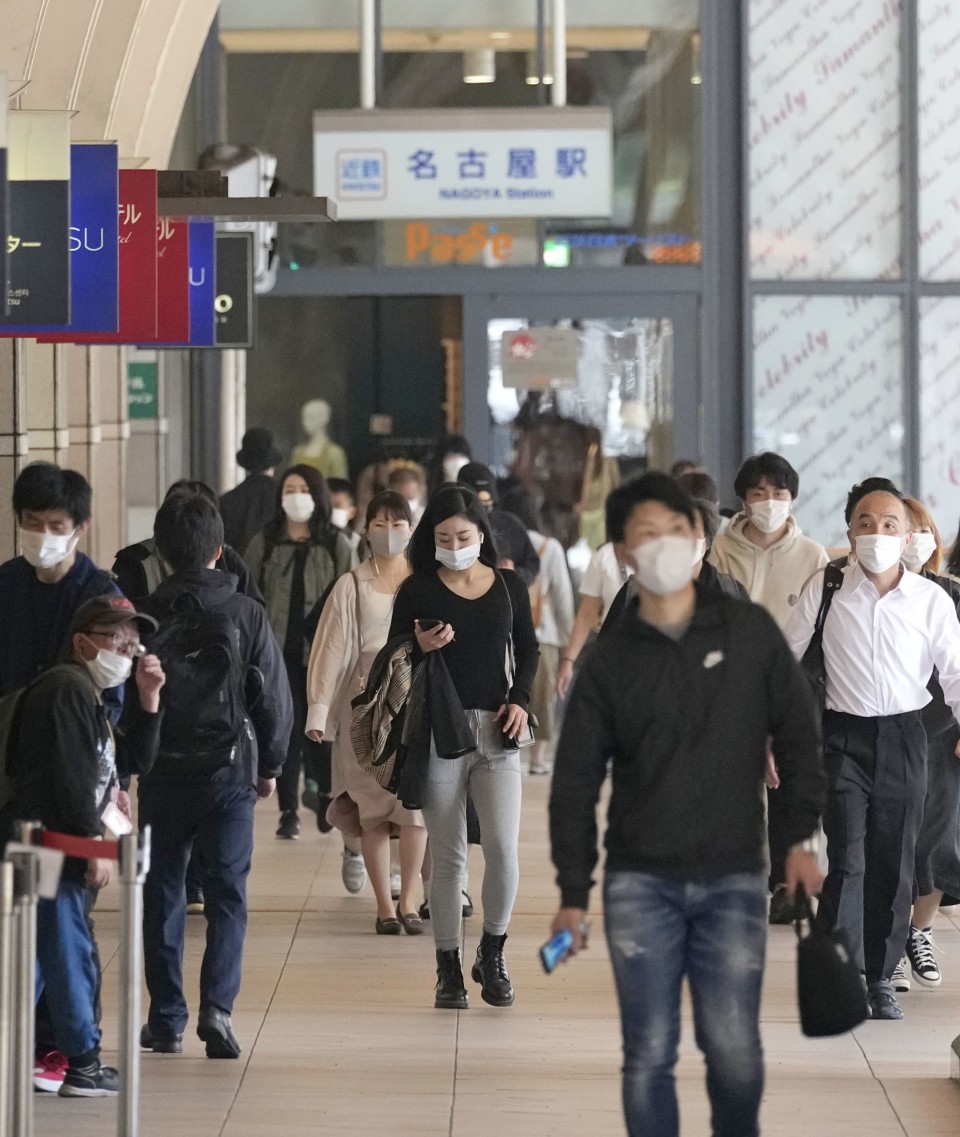 The man added, "It's not right to hold the Olympics in this situation."

At JR Nagoya Station in Aichi Prefecture, a 47-year-old man who was heading to Osaka Prefecture, where 1,021 more cases were reported Saturday, for work said people around him and he himself no longer feel the "sense of crisis" they used to when it comes to dealing with COVID-19.

"I don't have much hope that the (latest) emergency will be effective," he said.

Under the emergency, tougher measures have been taken since late April in an attempt to curb surging infections, such as asking dining establishments to stop serving alcohol, big shopping facilities to close and big events to be held without spectators.

With the latest decision, the government said some restrictions could be eased, including allowing department stores to open until 8 p.m. and organizers to stage concerts with a limited number of people. But each prefectural governor has been given the authority to decide on the kind of steps to be taken to fight the coronavirus pandemic.

On Friday, Tokyo Gov. Yuriko Koike and Osaka Gov. Hirofumi Yoshimura said they will continue to ask large commercial facilities with more than 1,000 square meters of floor space to remain closed, saying the situation had not improved enough to let down their guard.

In Tokyo, amusement parks including Yomiuriland, however, decided to resume operations with a cap of 5,000 visitors from Thursday as requested by the metropolitan government.