The response of authorities in Japan to the ongoing coronavirus pandemic is growing as a cause of concern for the country’s foreign residents, many of whom have been left frustrated by government measures, according to the results of a survey conducted among users of expat community site City-Cost between April and May.

Well over a year on from the first reported cases of the novel coronavirus in Japan, 58.5 percent of the survey’s respondents rated the response of authorities in the country to the current situation surrounding the pandemic as "poor" or worse.  This is compared to 34 percent for a similar rating from respondents when asked to reflect on the response of authorities during the early stages of the virus outbreak in Japan. 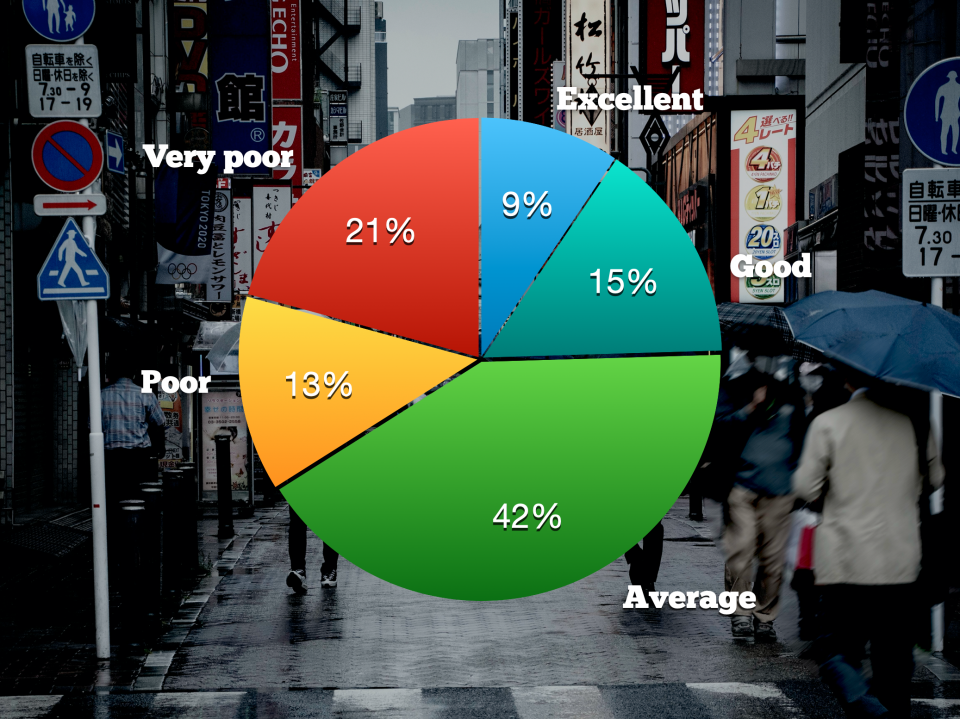 "How would you rate the response of authorities in Japan to the outbreak of the novel coronavirus in its early stages?" Chart shows a breakdown of the City-Cost survey responses with rounded percentages. 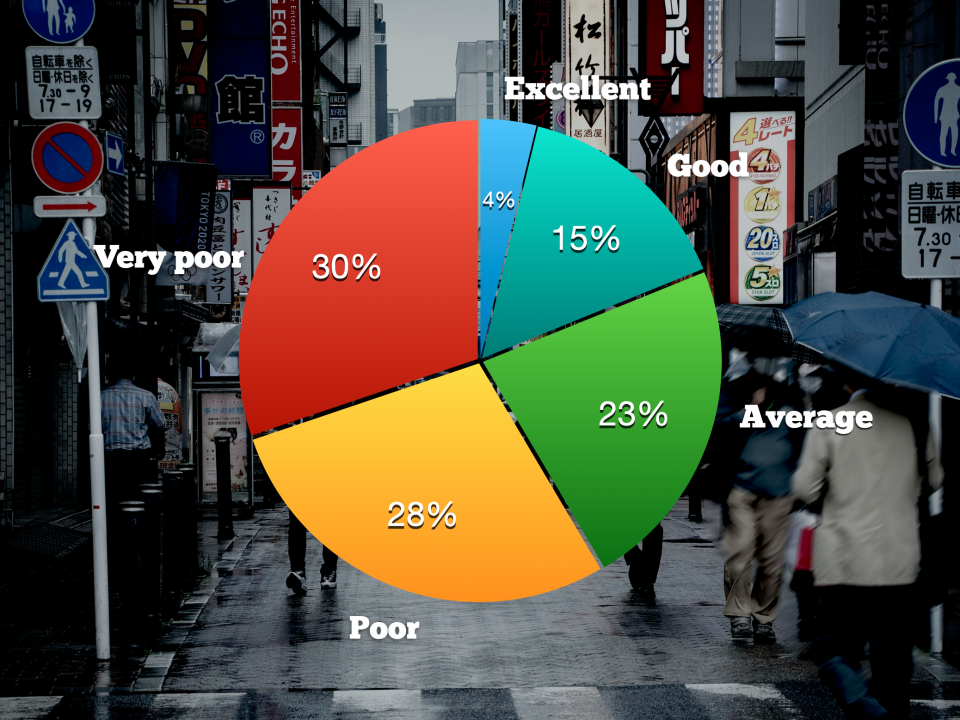 "How would you rate the response of authorities in Japan to the outbreak of the novel coronavirus currently (during survey period between April and May 2021)?" Chart shows a breakdown of the City-Cost survey responses with rounded percentages.

The response of authorities in dealing with the outbreak and subsequent pandemic has also increased as a significant cause of concern for foreign residents, according to the results of the survey.

"Response of authorities" was ranked fourth among the greatest causes of concern for foreign residents during the early stages of the outbreak with their physical and mental health (and / or that of loved ones), being far from family and friends overseas, and employment circumstances ranking as the top three causes of concern, respectively.

Amid a continuing surge in infections however, the response of authorities to the ongoing crisis jumped two places to be ranked as the second greatest cause of concern for foreign residents during the survey period, behind only concern for their physical and mental health. 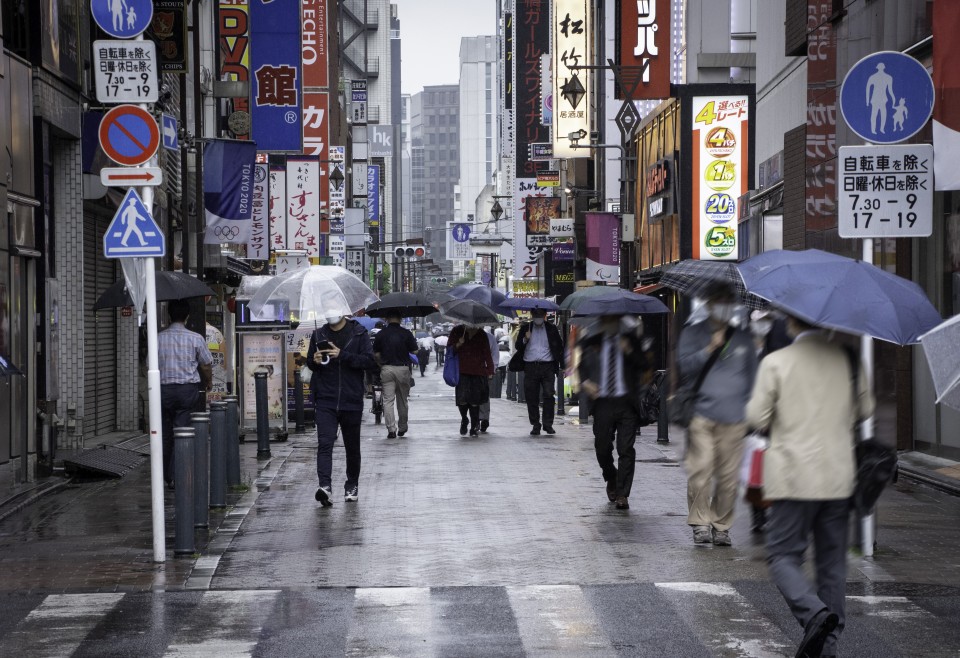 People walk through Tokyo's Shimbashi area on May 19, 2021 with the Japanese capital still under a virus emergency.

Many respondents cited the government’s sluggish vaccine rollout and apparent determination to go ahead with the rescheduled Tokyo Olympics and Paralympics this summer as reasons behind their responses.

"I am so disappointed in the lack of a plan on behalf of the local and national government leaders throughout the past year. The fact that the population is not being vaccinated with any organized plan but there is a plan for the Olympics to be held are both examples of such negligence and disrespect to citizens." Survey respondent, female, 50s.

With other nations enforcing strict lockdowns in an effort to curb the spread of the virus, some foreign residents appear to have been left confused by, or unconvinced of, Japan’s state of emergencies, in one case describing them as "having no teeth."

"It is unclear as to what purpose and direction there is when it comes to the state of emergency declarations."  Survey respondent, female, 30s. 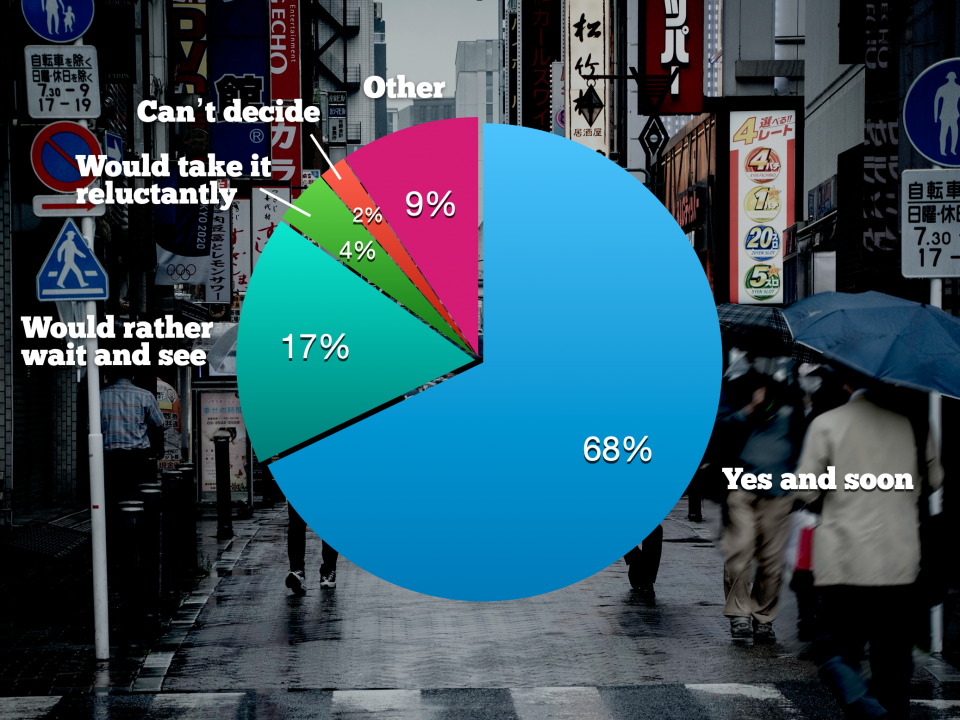 While some virus-prevention measures in Japan like the state of emergency may have lacked bite among foreign residents, other measures appear to have left an unpleasant mark.

41.5 percent of survey respondents claim to have felt, in at least a few cases, virus-prevention measures implemented or encouraged by authorities in Japan to discriminate against, or to be particularly dismissive of, foreign residents.

Respondents cited measures regarding international travel restrictions imposed by the government during the pandemic which many felt resulted in unfair treatment of foreigners wanting to re-enter the country.

Entry restrictions imposed in April 2020 in an effort to curb the spread of the virus in Japan applied to even those foreigners with resident status in Japan trying to re-enter the country, with some exceptions, while Japanese nationals were allowed to return.

When the government began dialing back restrictions the following summer, foreign nationals with residence status in Japan found themselves subject to re-entry procedures that weren’t applied to Japanese nationals.

Despite having a number of concerns regarding the handling of the pandemic in Japan, survey respondents were fairly split on whether or not authorities in this country were performing better than those in their home or native country -- 32.1 percent felt that Japan was handling the situation better, 39.6 percent felt the situation was being handled better elsewhere. 17 percent of respondents felt the handling was about the same with those remaining not seeing any value in the comparison.

The survey was conducted online via the City-Cost community site between April and May 2021, targeting foreign residents of Japan registered with the platform.

Further inquiries about the survey can be directed to City-Cost here: Contact form