Award-winning writer Natsuki Ikezawa was honored Thursday with the Officier of the French Order of Arts and Letters for his contributions to introducing French culture in Japan. 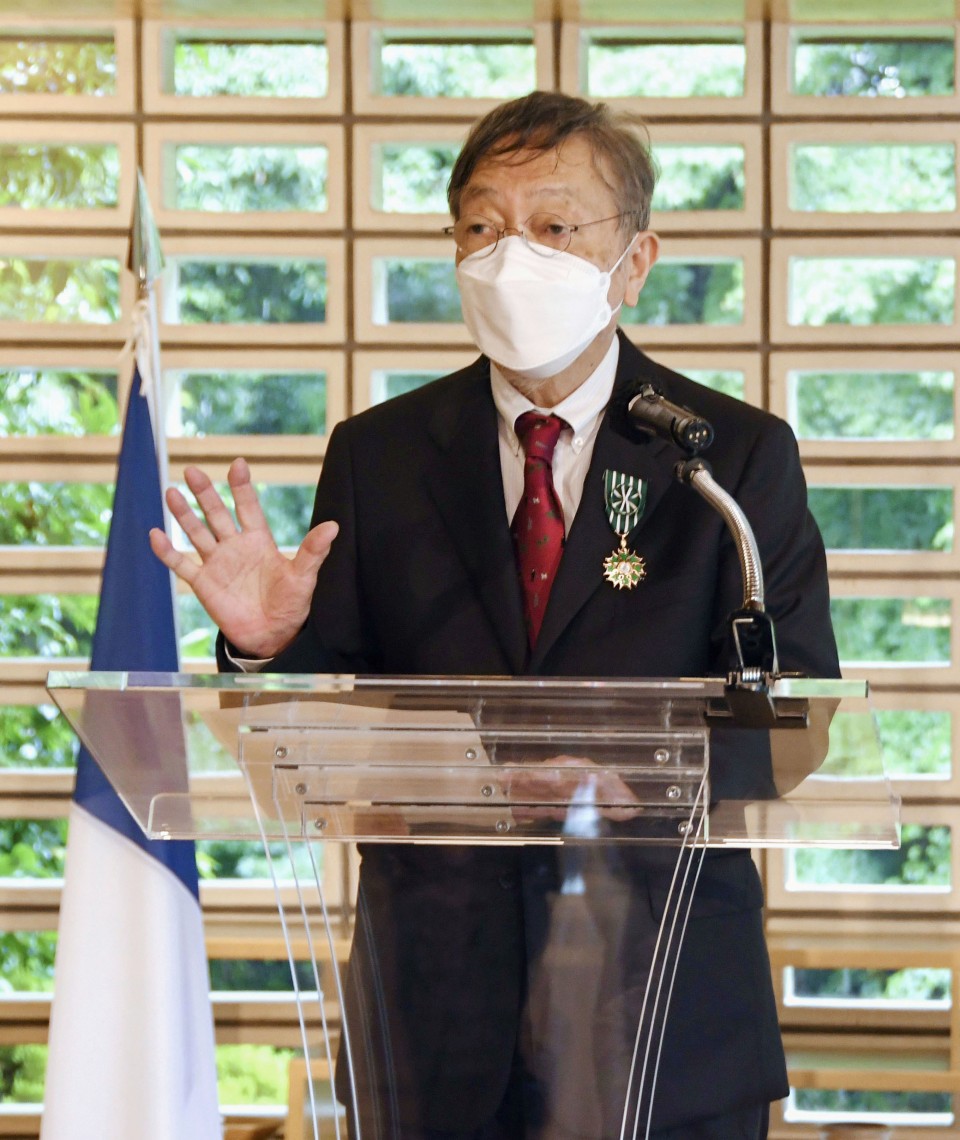 Japanese writer Natsuki Ikezawa delivers a speech after receiving the Officier of the French Order of Arts and Letters in Tokyo on May 27, 2021. (Kyodo)

Ikezawa, 75, winner of many awards including the prestigious Akutagawa Prize, has written essays about his five years living in the suburbs of Paris in the 2000s. He also translated "The Little Prince" by Antoine de Saint-Exupery into Japanese.

"What I could do was to tell Japan about the ambiance of French society. There is a 'different style' in the world, an example of which was France," Ikezawa said in a ceremony held at the official residence of the French ambassador to Japan.

Ikezawa, born in Hokkaido in 1945, won the Akutagawa prize for up-and-coming authors in 1987 for "Still Lives." He has also assembled his editions of Japanese and world literature collections, comprising 30 volumes each.