The Japanese government decided Friday to add Okinawa to areas under a COVID-19 state of emergency as infections in the southern island prefecture surge, while calls grew for tougher restrictions in Tokyo and other areas to remain in place beyond the May 31 deadline.

Measures including a ban on restaurants serving alcohol will be in place in Okinawa from Sunday to June 20, Prime Minister Yoshihide Suga said at a task force meeting. 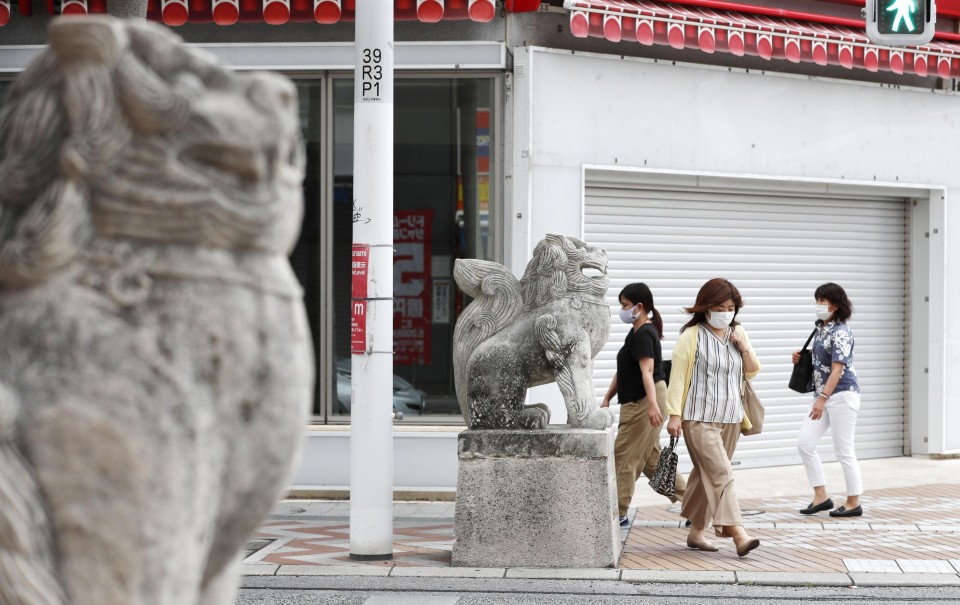 Okinawa's addition brings the number of prefectures under the state of emergency to 10. The others, including Tokyo and Osaka, are slated to shed the designation at the end of May, but health experts have urged the government to consider an extension amid concerns over the highly contagious India variant of the coronavirus.

Suga said Okinawa, a popular resort destination for tourists, is seeing a sharp increase in coronavirus cases, especially among young people, and that hospitals continue to be under strain.

While Japan's fourth wave of infections appears to have passed its peak, there continue to be hotspots such as Okinawa, which reported 207 coronavirus cases on Friday, another daily record for the prefecture.

Yasutoshi Nishimura, the minister in charge of COVID-19 response, told a parliamentary hearing the surge of infections in Okinawa was partly due to an increase in tourists visiting the prefecture during the Golden Week holidays through early May.

The country's slow vaccine rollout is another source of concern with just two months until the Tokyo Olympics. The Ministry of Health, Labor and Welfare approved shots developed by Moderna Inc. and AstraZeneca Plc on Friday, boosting supplies as Suga looks to fulfill his pledge to finish inoculating the elderly by the end of July. 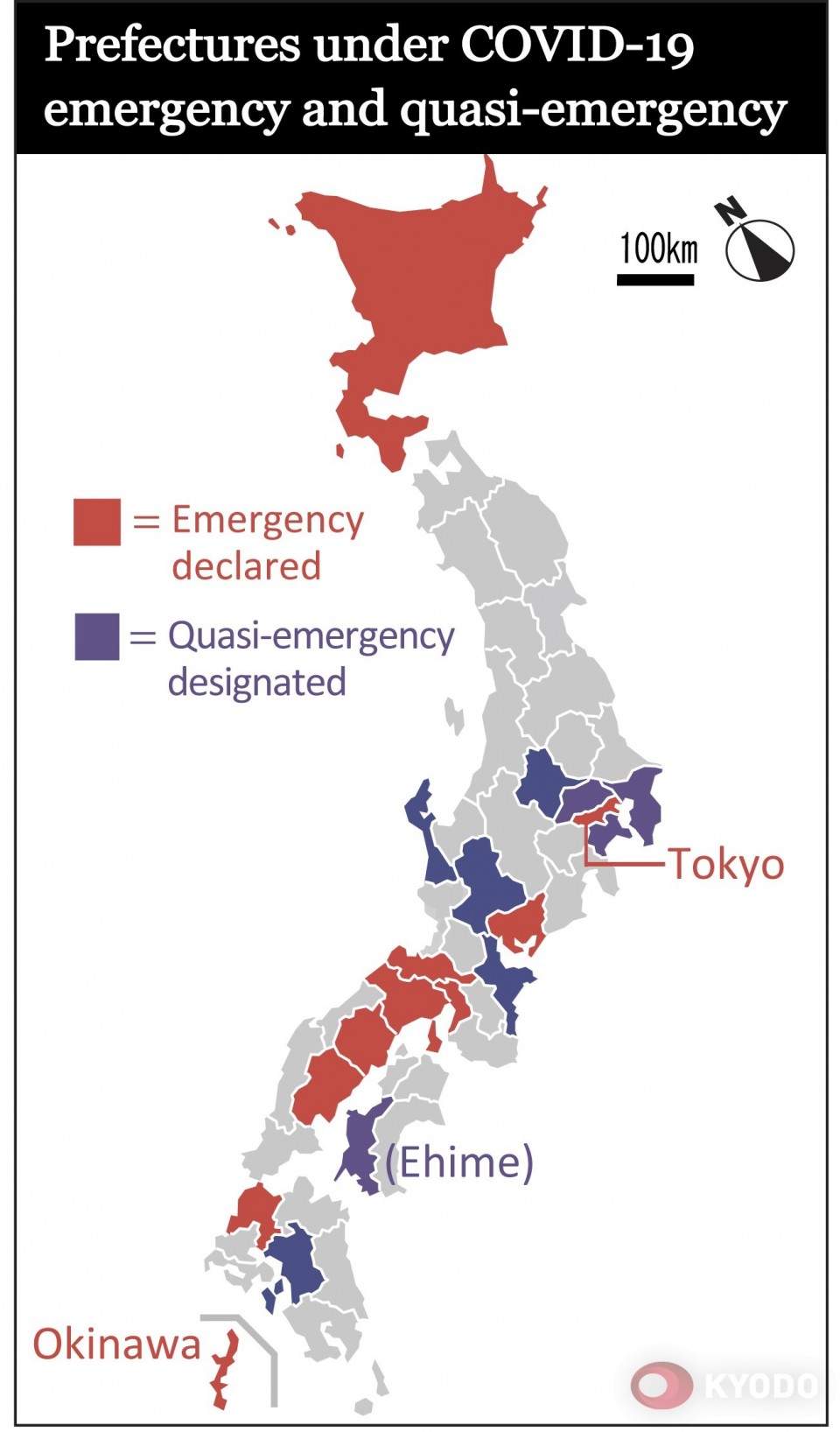 Suga has already declared a state of emergency in nine prefectures -- also including Hokkaido, Aichi, Kyoto, Hyogo, Okayama, Hiroshima and Fukuoka -- with eateries told to close by 8 p.m. and to refrain from serving alcohol or offering karaoke services.

Department stores and other major commercial facilities are also being told to temporarily shut or close early, and attendance at concerts and sports events has been capped at 5,000, or 50 percent of venue capacity.

Speaking to reporters after the task force meeting, Suga said he will decide whether to extend the state of emergency covering the nine prefectures after looking at infection data through the end of the month, while stressing the importance of "making utmost efforts" to implement the measures.

Kazuhiro Tateda, an infectious disease expert who sits on a government subcommittee on the COVID-19 response, said it is "difficult to think" the state of emergency can be lifted on May 31.

Osaka Gov. Hirofumi Yoshimura echoed the sentiment, saying, "Given the number of patients in severe condition and the shortage of hospital beds, we are not in a position to be discussing an exit."

The government had initially been reluctant to place the tougher restrictions on Okinawa, which is currently under quasi-emergency measures, because the prefecture had opted not to ask restaurants to stop serving alcohol.

But it reversed its position after daily coronavirus cases in the prefecture topped 200, with more than 90 percent of its hospital beds for COVID-19 patients already filled and Okinawa Gov. Denny Tamaki saying the medical system is in a "crisis situation."

The government also decided Friday to the end quasi-emergency measures in the western prefecture of Ehime on Saturday, earlier than the previous deadline of May 31.

Meanwhile, it rejected a request from Gifu to be placed under the state of emergency, having deemed that the situation in the central prefecture is stable.

The following is a chronology of major events related to the novel coronavirus and Japan.

March 13 -- Japan's parliament enacts legislation enabling the government to declare a state of emergency over the coronavirus.

March 1 -- Emergency lifted in six prefectures, including Osaka, ahead of planned end on March 7.

May 9 -- Quasi-emergency measures expanded to Hokkaido and central prefectures of Gifu and Mie.

May 12 -- State of emergency expanded to Aichi and Fukuoka prefectures.

May 21 -- Suga declares state of emergency for southern island prefecture of Okinawa effective May 23 through June 20, decides to end quasi-emergency measures in western prefecture of Ehime on May 22, earlier than initially planned May 31.