FEATURE: Juvenile inmates encouraged to reconnect with society before release

In an effort to promote rehabilitation, juvenile reformatories in Japan are trying to get more youth offenders to engage in their communities while acquiring technical skills that might lead to future employment.

Given the danger of released youths committing repeat offenses after failing to find work or a path forward in life, experts say it is vital they meet people they respect and witness examples of success. 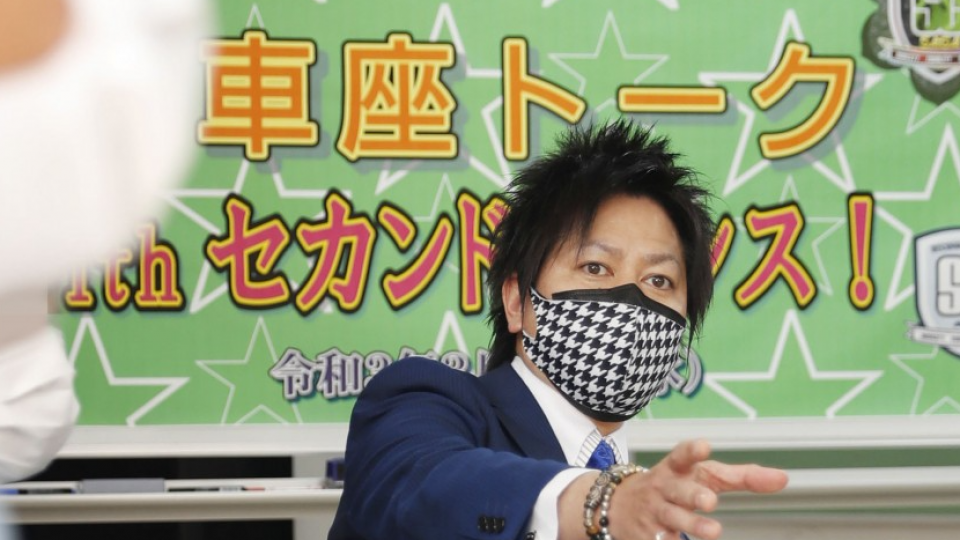 Masato Matsuo, director at the Kyushu branch of "Second Chance!", interacts with young offenders during a discussion meeting at the Fukuoka Juvenile Reformatory in March 2021. (Kyodo)

At discussion meetings with members of the NPO, which have been held every three months since the program launched last year, the youth inmates are free to ask questions and air their doubts and concerns.

"It is difficult for us to convince juvenile offenders with our theories. What really moves them is seeing these 'seniors' (who have left facilities) coping in society while dealing with anxieties," said Nakajima, the former head of Fukuoka Juvenile Reformatory.

Although reformatory instructors often advise youth inmates to break their ties with other delinquent youths in their circle, "senior" members of "Second Chance! Fukuoka" say differently. Rather than going it alone, sometimes it is better to seek a way back into society together.

"You don't have to force yourself to part ways," one member of "Second Chance! Fukuoka," who wished to remain anonymous, told the youth inmates in attendance.

During a meeting in March, one juvenile inmate asked, "What does rehabilitation really mean?" Ryoya Yamashita, the 25-year-old head of the NPO who also runs his own company replied, "The important thing is to just continue leading a normal life."

According to the National Police Agency, about 17,000 youths were apprehended in 2020 for offenses for which adults would face criminal charges. The recidivism rate, which has continued to exceed 30 percent in recent years, stood at 34.7 percent. 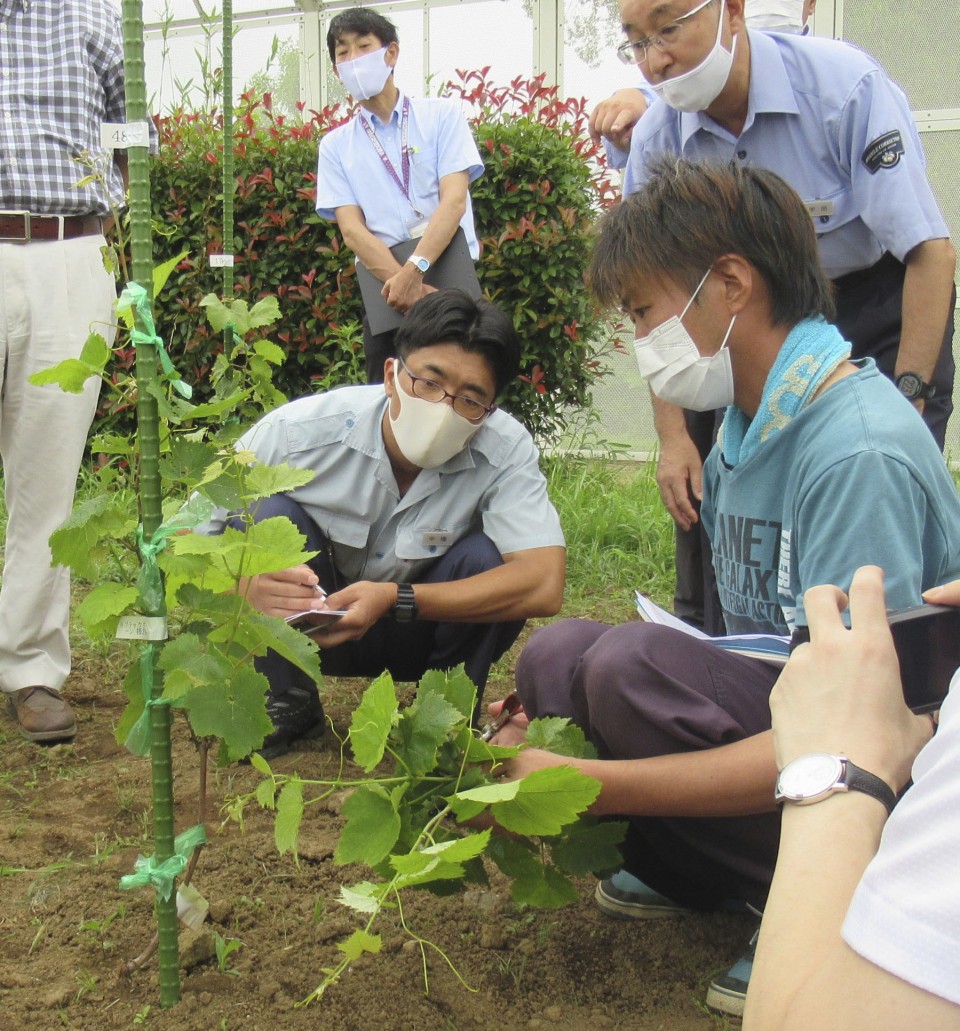 Of some 6,000 repeat offenders last year, more than 1,000 were unemployed, leading many experts to believe that employment is a key element to preventing young offenders from repeating crimes.

Reformatories are experimenting with various innovations, including involving inmates with local businesses. One is even aiming to have youth offenders acquire grape-cultivating skills used in wine production.

The Ibaraki Agricultural Academy, a reformatory in Ushiku, Ibaraki Prefecture, has been receiving technical guidance from Ushiku Chateau, a winery, since last year, and aims to ship a wine "made with reformatory-grown grapes." Vines for wine varietals, including Merlot, are planted on the premises, and the youths devote themselves to soil management and watering the plants.

A juvenile detention center in the city of Sasebo, Nagasaki Prefecture, meanwhile, has youth offenders pay regular visits to homes for the elderly and facilities for children with disabilities, while also participating in activities such as mowing lawns and interacting with the residents.

"There have been inmates who developed an interest in such jobs after talking to old people and observing the way the staff work," said an official at the detention center. 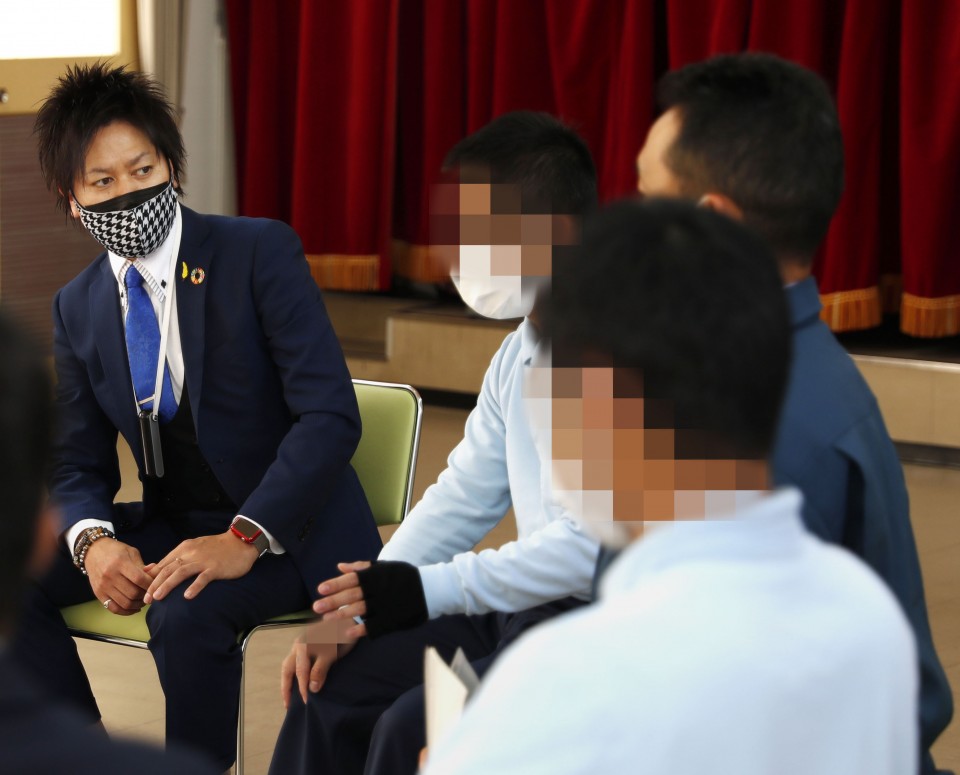 Photo shows Masato Matsuo (far L), director at the Kyushu branch of "Second Chance!", interacting with young offenders at the Fukuoka Juvenile Reformatory in March 2021. (Faces have been pixelated for privacy reasons)(Kyodo)

Masato Matsuo, 40, director at the Kyushu branch of "Second Chance!" who has been providing support to juvenile offenders for many years, is keen to point out that the feeling many youth offenders have that "life is over the moment they enter a correctional facility" is a misconception.

"If you work hard then it is even possible to run your own business one day," said Matsuo, who himself made the transition from juvenile offender to company owner. "It would be good if there is an atmosphere spreading in society that allows for do-overs."