An explosion rocked a chemical factory in northeastern Japan on Tuesday, injuring four people, but no toxic gases have been detected, local authorities said.

The blast at Sakai Chemical Industry Co.'s Yumoto Factory in Iwaki, Fukushima Prefecture, occurred at about 7:45 a.m., the authorities said, adding one of the four is seriously hurt. 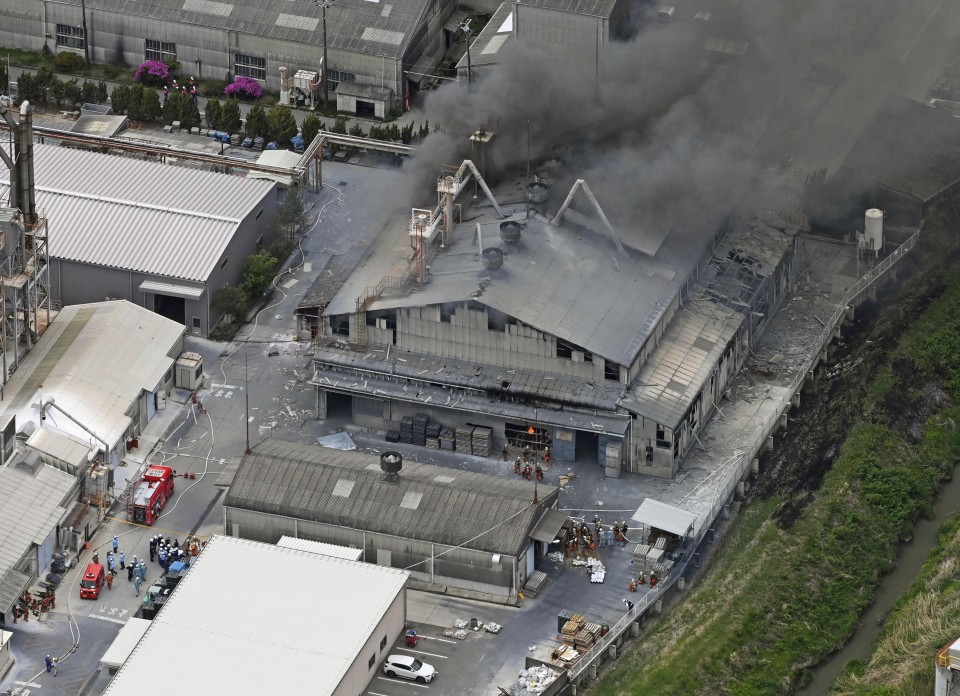 The factory produces materials including zinc oxide and zinc powder that are used to manufacture cosmetics and paints, according to Sakai Chemical.

At the time of the explosion, 18 employees were working at the factory and there may have been other personnel present belonging to the company's business partner.

A 47-year-old man on a nearby street said he heard the sound of an explosion and saw white smoke billowing from the factory.

"I was worried that toxic materials might be present (in the smoke) because this is a chemical factory," he said.

Meanwhile, sounds of explosions could be heard on and off, according to another local resident.

Explosion occurs at cement factory near Tokyo, none hurt