The number of children aged 14 or younger stood at 14.93 million as of April 1, some 190,000 fewer than a year before and the lowest figure among comparable data available since 1950, according to the Ministry of Internal Affairs and Communications. 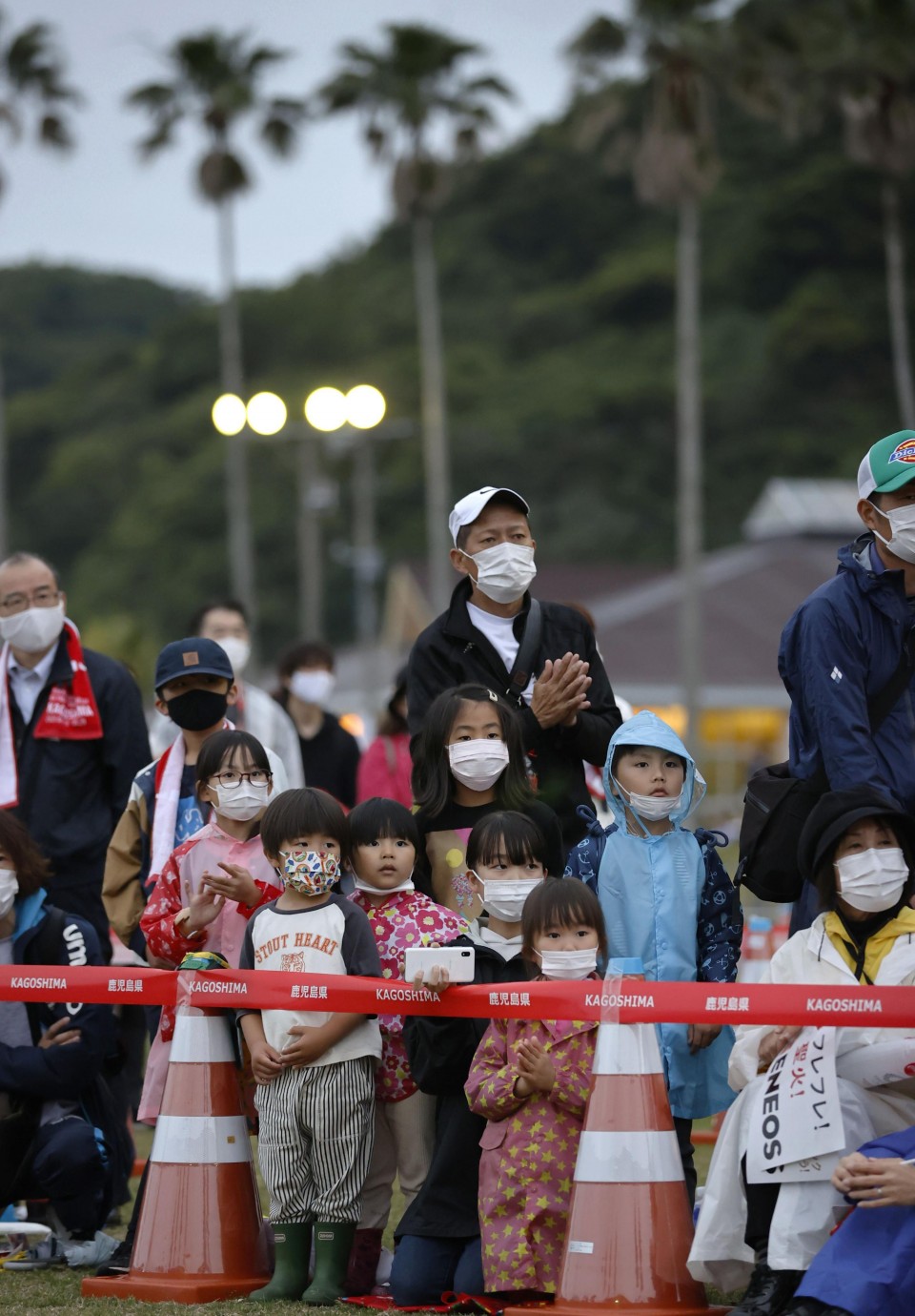 The ratio of children to the overall population also fell to its nadir at 11.9 percent after 47 straight years of decline.

Japan has the lowest such ratio among the 33 countries with a population of over 40 million, below South Korea's 12.2 percent and Italy's 13.3 percent, according to the U.N. Demographic Yearbook.

The ministry said the children were comprised of 7.65 million boys and 7.28 million girls.

Children aged up to 2 accounted for 2.65 million, relatively lower than other age brackets and reflecting a decline in the number of births, the ministry said. 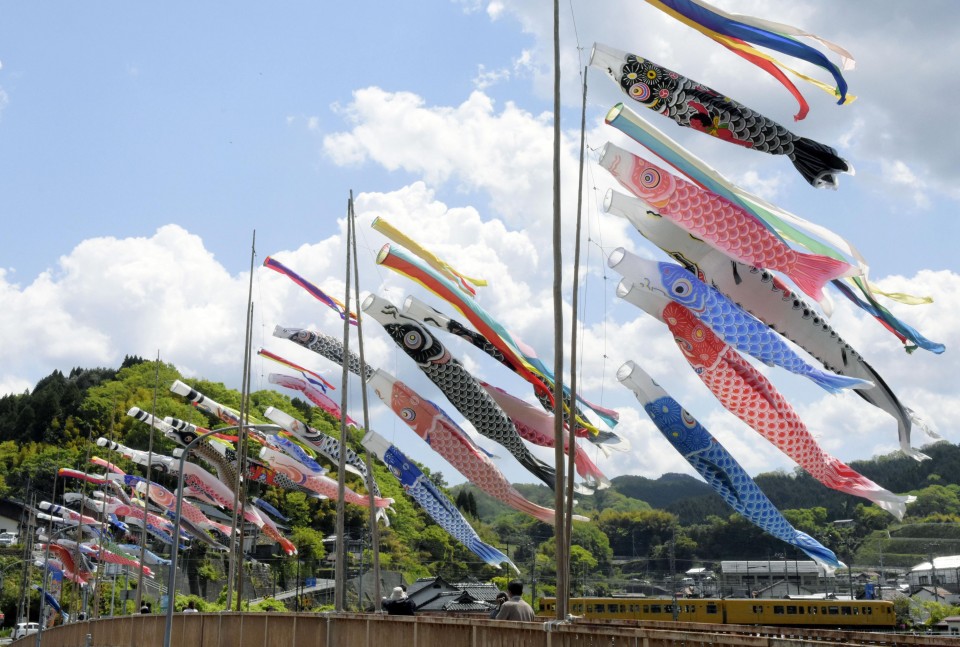 Carp streamers swirl in the wind in the Tottori Prefecture town of Kofu, western Japan, on May 3, 2021. Carp streamers are traditionally flown to celebrate Children's Day on May 5 in Japan. (Kyodo) ==Kyodo

Population influx into Tokyo slows sharply in 2020 amid pandemic