Japanese director Takashi Miike has built up a cult following around the world over the past two decades with an oeuvre of horror movies, often featuring extreme violence.

So it might appear at first that his latest release, a family-friendly movie about a group of teenage girls who transform into a frilly-dressed superhero troupe, is a strange turn for a man once dubbed by Time magazine as a "master of the grotesque." 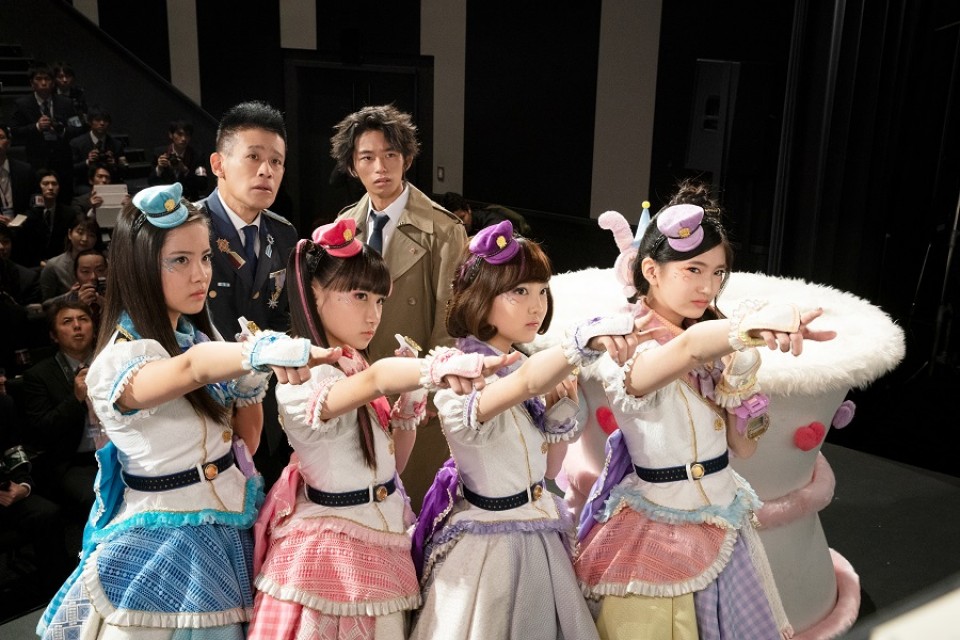 Talking to Kyodo News ahead of the arrival of "Police X Heroine Lovepatrina!" in Japanese cinemas originally on April 29, only to be postponed to May 21 due to the coronavirus pandemic, he said he finds it "strange from my viewpoint" that directors of horror and other genre movies tend to shoot only those kinds of films.

It may be good to have a creative "policy," but there is also a danger of being trapped in it and ending up feeling "stifled," he added. 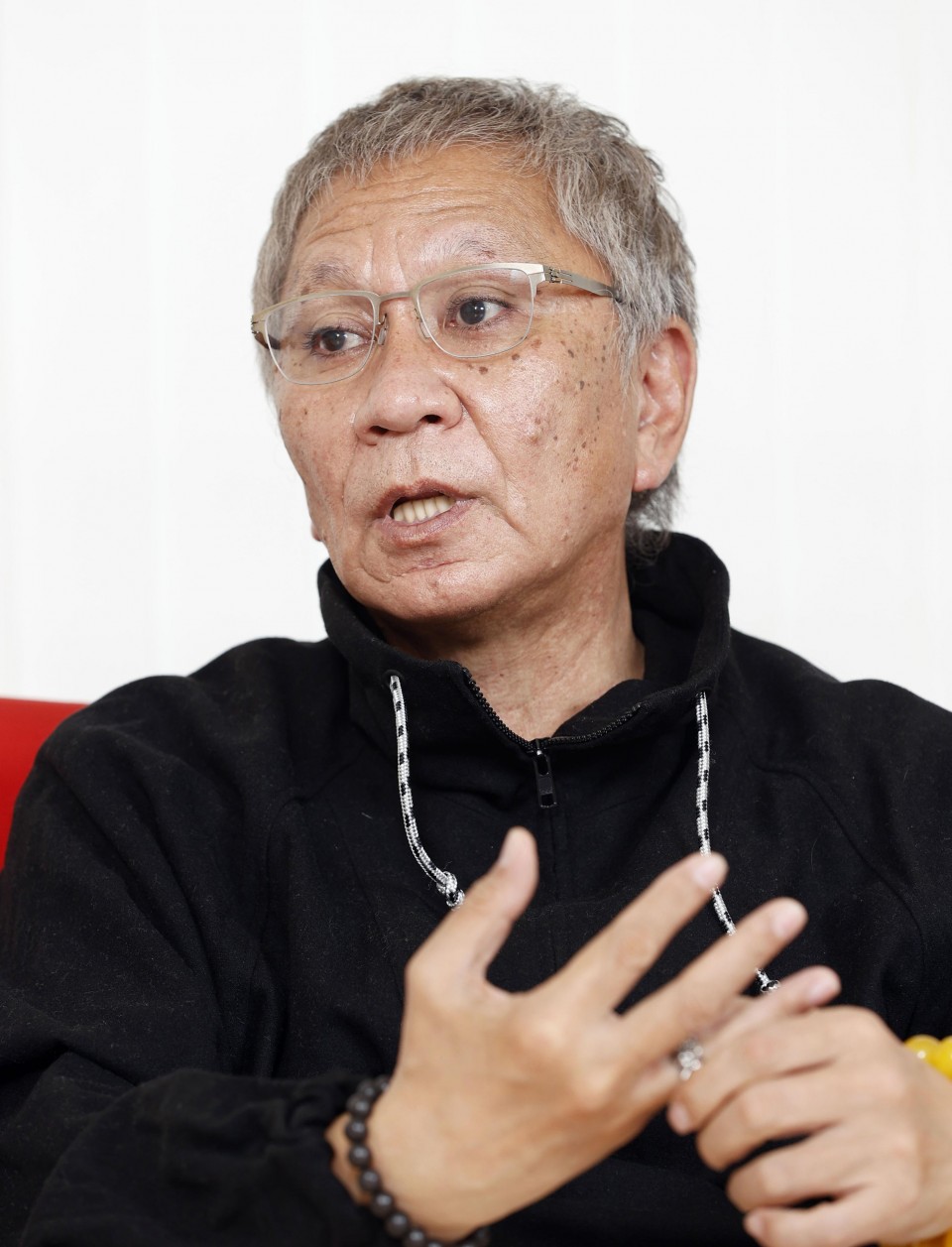 A prolific director who has produced over 100 films, videos and TV shows since his 1991 debut, largely in the horror genre, he said he took the same approach to his latest film and its young girl fan base as he has to movies for devotees of edge-of-seat gore fests: in both cases, his concern is character development; genre is a secondary consideration.

"When I shot the violent movie 'Ichi the Killer,' I was driven by Ichi, but I didn't use the character Ichi to make something I'd already wanted to do anyway," he said. "I just get into the world of the characters and actors in those roles and amplify their fervor."

In his latest movie, Miike said he focused on filming the way the girls "sparkle" in the early moments of adolescence.

TV drama "Police X Heroine Lovepatrina!," from which the movie derives, is the fourth version of a weekly series that debuted in 2017, with Miike serving as general director from the outset.

As the girls transform into superheroes with the power of a "magical" gadget to confront evil, they don special makeup and costumes and then perform dance routines -- much like the girl idol groups of J-Pop culture, but with dollops of special effects that the movie format allows.

The fact that the protagonists are on the cusp of moving from one world to another is part of what appealed to Miike creatively.

"They are not adults nor children but just in between, and have the charm of being nobody, of not falling into existing genres," he said.

"I see them myself with a kind of admiration and am working to make the most of their individual personalities to look cuter and lovelier. Their being special has given me a chance to create something different," he said. 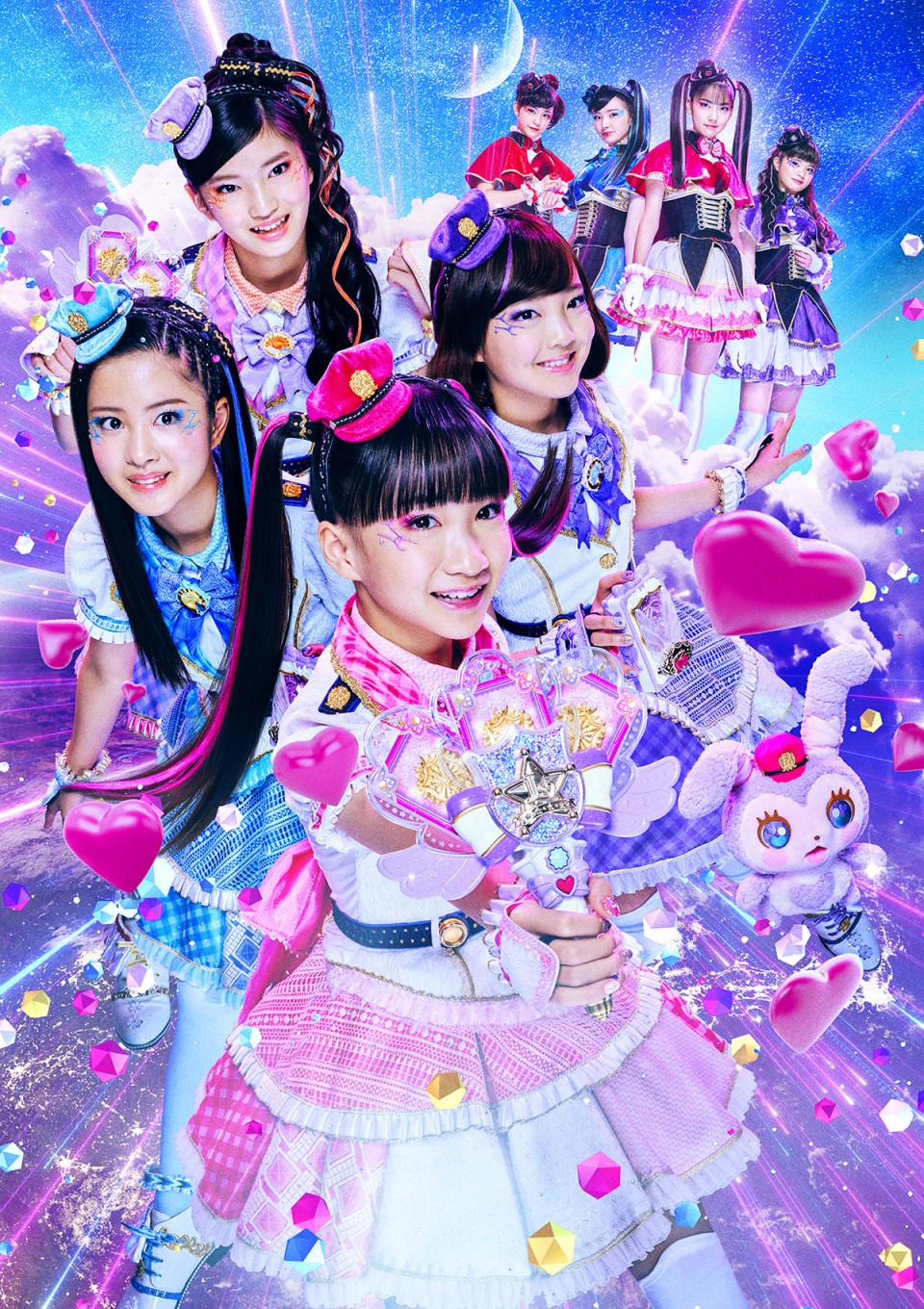 In casting the girls as superheroes with plenty of special effects, Miike was drawing on a genre he had loved growing up but which was mainly confined to male protagonists, exemplified by series such as "Kamen Rider" and "Super Sentai."

He also said the series is a nod to the growing population of girls in Japan who physically express themselves through dance.

Amid the popularity of J-Pop groups, dance has been a part of physical education at junior high schools since 2012 and is one of the most popular after-school activities for younger children.

"The ability of children today to express themselves physically has rapidly evolved," Miike said, making him feel it would be possible to create a superhero film for girls of "such an era."

They have already made a real-world debut as a group singing the drama's theme songs and aim to pursue stardom as song-and-dance performers.

Does Miike expect the film to win him new admirers abroad to add to the diehard aficionados of his horror oeuvre, among which "Audition" became the sole Japanese work to figure in Time magazine's 2007 list of top 25 horror movies of all time?

"It would be interesting if such a work could be presented as something unique to Japan" outside the country, he suggested, noting that the series' first production, "Idol X Warrior Miracle Tunes!," which aired from April 2017 to March 2018, has been remade in Italy using the original computer graphics but with the main characters replaced with local, older girls.

But Miike said his experience has told him not to aim directly at international acclaim, noting that the first time his film caught the eye at the Cannes Film Festival was a surprise as it was a low-budget movie that had won little notice at home.

Miike's samurai epic "Harakiri: Death of a Samurai" was then screened in Cannes in 2011, and his suspense action "Shield of Straw" competed in 2013, though neither received the top Palme d'Or prize. In 2019, his crime thriller "First Love" was selected to premiere in its Directors' Fortnight section.

His name appears to still resonate with a diehard base overseas, with some industry fans now big enough in the cinema or entertainment world to make him offers for new projects.

As a result, Miike said he is currently involved in five U.S. projects as well as Chinese and South Korean productions, thanks in part to technological advances that allow online collaboration from afar.