Tokyo Gov. Yuriko Koike and a slew of other prefectural leaders on Wednesday called on the Japanese government to extend its COVID-19 state of emergency in place in nearly a dozen prefectures as infections have yet to subside with just two months until the capital hosts the Summer Olympics.

The deadline is likely to be moved back from May 31 to June 20, government sources said, with Prime Minister Yoshihide Suga set to make a formal decision Friday. 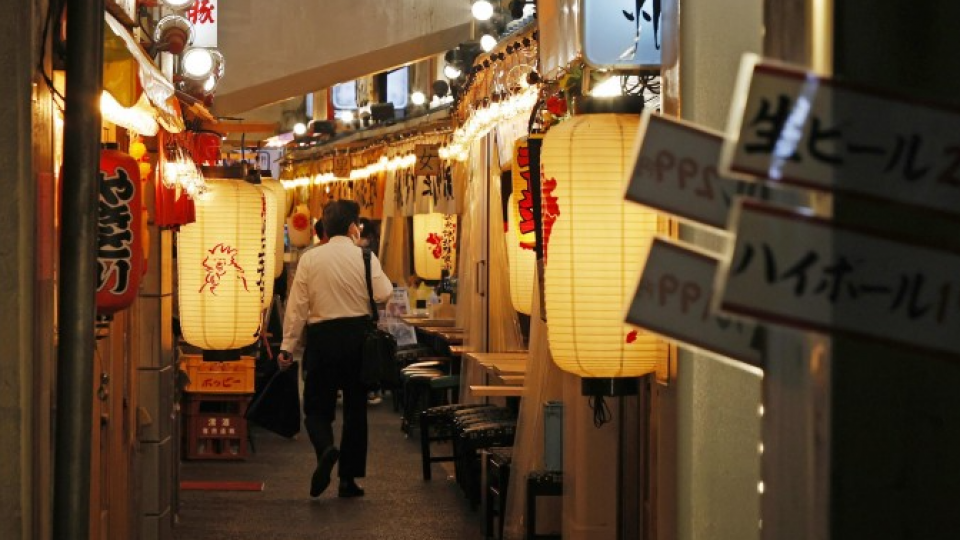 Fewer people than usual walk on a street lined with restaurants and bars in Tokyo's Yurakucho area on May 25, 2021, with a coronavirus state of emergency in place in the Japanese capital. (Kyodo) ==Kyodo

The state of emergency, which entails banning restaurants from serving alcohol and telling them to close by 8 p.m. among other restrictions, is currently in effect in Tokyo and nine prefectures that account for half of Japan's economy and a little more than 40 percent of its population.

Koike said Wednesday conditions have not improved enough to lift the measure, telling an expert panel that "while the daily number of new coronavirus cases is declining, it remains at a high level and the situation is still severe."

The extension should be about one month, she later told reporters after holding a virtual conference with her counterparts in neighboring Chiba, Saitama and Kanagawa.

A total of 4,536 new coronavirus cases were reported across Japan on Wednesday, down from more than 7,200 at the peak of the country's fourth wave of infections.

But the decline has lost momentum in some areas including Tokyo, where tens of thousands of athletes and staff are slated to visit for the Olympics, due to begin on July 23, while hospitals in Osaka continue to be strained by the masses of COVID-19 patients.

In Okinawa, a popular resort area that saw an influx of tourists during the Golden Week holidays, infections are sharply rising.

Concerns over faster-spreading variants of the coronavirus are also rising, with the Ministry of Health, Labor and Welfare saying the number of cases of the India strain tripled in a single week.

Meanwhile, Japan's vaccine rollout has lagged behind other developed nations, with just over 5 percent of its population having received at least one dose amid a shortage of doctors and nurses to administer shots.

The state of emergency has been in place in Tokyo, Osaka, Kyoto and Hyogo since April 25 with an initial deadline of May 11.

Following an earlier extension and several expansions, the measure is currently set to expire on May 31 in Tokyo and eight prefectures, also including Hokkaido, Aichi, Kyoto, Osaka, Hyogo, Okayama, Hiroshima and Fukuoka. Okinawa, the 10th and most recent addition, is set to exit on June 20.

An alternative to an across-the-board extension could be grouping the prefectures into regions with different deadlines. Chief Cabinet Secretary Katsunobu Kato suggested the government may go that route, saying at a press conference it will "take into consideration" the fact that such groupings have been used in the past.

Osaka Gov. Hirofumi Yoshimura and his counterparts in Hyogo and Kyoto made an extension request Wednesday, while the governors of Aichi and Okayama have also suggested an extension is inevitable.