Shohei Ohtani will return to the mound for the Los Angeles Angels on Wednesday after skipping his previous scheduled start with a sore throwing arm.

The two-way star, who has continued batting since he was hit by a pitch against the Seattle Mariners on Sunday, has been cleared to make his fourth start of the year against the visiting Tampa Bay Rays, Angels manager Joe Maddon announced Tuesday. 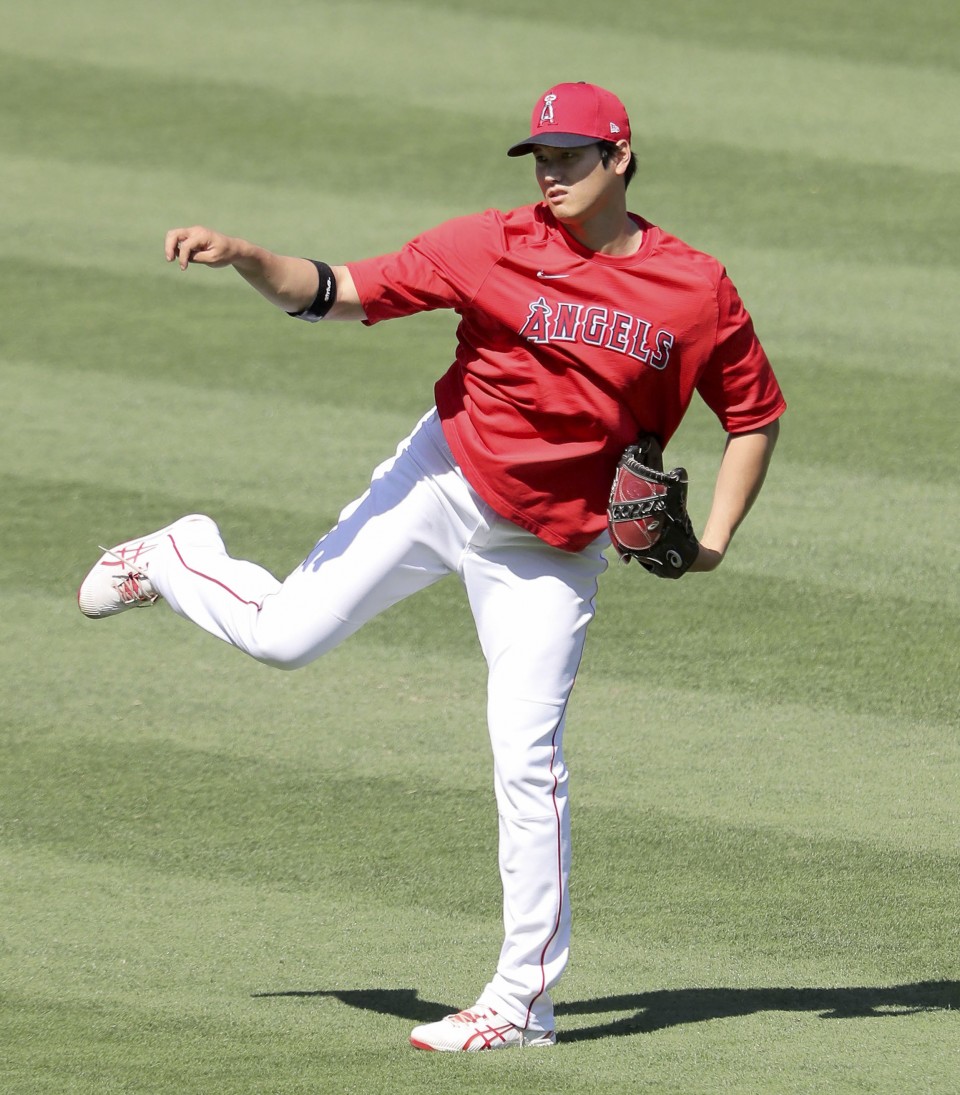 Los Angeles Angels two-way player Shohei Ohtani tosses a ball before a game at Angel Stadium in Anaheim, California, on May 4, 2021. (Kyodo)

Ohtani is also likely to take his place in the lineup as designated hitter, continuing the Angels' policy this season of letting the joint MLB home run leader bat on his pitching days.

"Like we've done everything else conversationally, I'm letting him tell me how he feels, then we're going to make our decision; so he feels really good for tomorrow," Maddon told MLB.com.

Ohtani had been due to start the series opener against the Rays on Monday, but was replaced by lefty Jose Quintana in an eventual 7-3 loss. The 26-year-old nevertheless made an impact with the bat, hitting his ninth home run of the year to tie the major league lead.