The game which doubled as the national championship was also a finale for Panasonic wing and former Japan international Kenki Fukuoka and marked the end of Suntory fly-half and New Zealand All Blacks star Beauden Barrett, who came to Japan on a one-year deal. 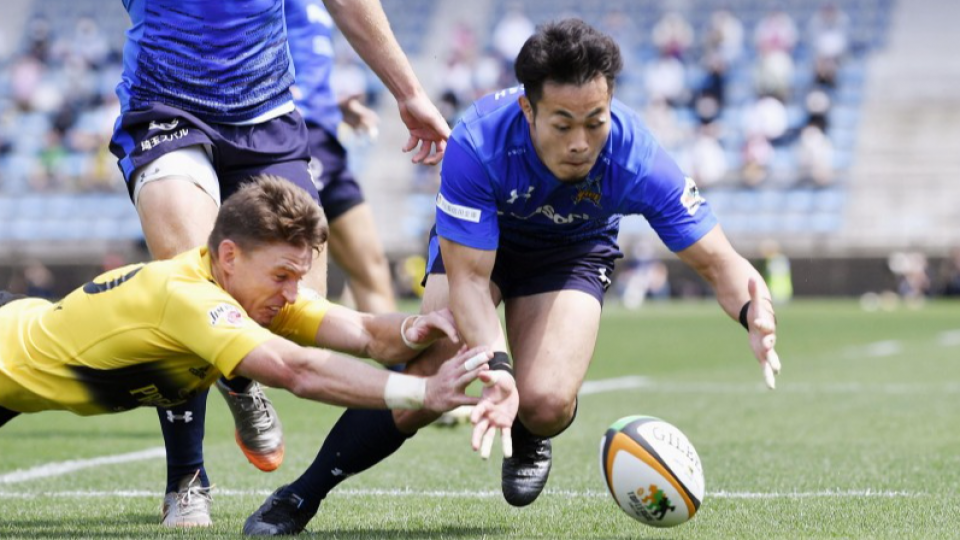 Fukuoka, who scored a try, is leaving the game to concentrate on medical school after contributing to the Wild Knights' fifth Top League title, and his first.

"Suntory is such a superb offensive team, and they really put us under pressure, and I'm extremely proud to have taken part," Fukuoka said.

"I'm really happy because the one thing missing from my career was winning a championship with Panasonic. And now I've achieved that."

Barrett completed his tenure by kicking three conversions in an otherwise disappointing afternoon.

"This is the end of a great year. I absolutely loved my time at Suntory. It's been a great season for us...but full credit to Panasonic. They're a great side and they took their opportunities," Barrett said.

Barrett praised the league, which is due to be replaced by a new three-tier competition in January.

"It's a great competition to be a part of," he said. "I love the speed. I'm looking forward to taking what I've learned here back to New Zealand. I've really cherished my six months at Suntory."

Dylan Riley put Wild Knights on the scoreboard in the fifth minute, intercepting a Barrett pass in his own half and sprinting untouched for his fourth try in four playoff games.

Japan international Rikiya Matsuda, who finished the game with 13 points, kicked the conversion and a 14th-minute penalty to make it 10-0.

Fukuoka, who missed one try when he failed to scoop up a short grubber kick from Matsuda, was then awarded one in the 30th minute despite scoring after receiving a forward pass. Referee Akihiko Aso called for the TMO to check if Fukuoka had stayed in bounds but defiantly ignored a request from Suntory captain Ryoto Nakamura to check on the pass.

Nakamura, however, responded to the slight by scoring Suntory's first try five minutes later, catching his own kick from near the try line to make it 20-5 with Barrett adding the extras.

Matsuda kicked a 39th-minute penalty to send Panasonic into the break with a 23-7 lead, only for Suntory to answer back two minutes after the intermission.

Takaaki Nakazuru got it started with a run deep into Panasonic territory and after a series of offloads, finished it off. Scrum-half Yutaka Nagare fumbled the ball coming out of a ruck, but cleverly tapped it backward into Nakazuru's path, allowing the wing to scoop it up and fly over the line.

The Sungoliath, who had withstood the pressure from Kubota Spears' huge pack in the semifinal, were finally overpowered on their own try line when substitute forward Asaeli Ai Valu finished off a few minutes of sustained pressure to score a try.

Though the Wild Knights had the game well under control with a superb defensive effort on their own try line, Sungoliath's Sean McMahon's silky skills set up Suntory's third try, in the 70th minute. The No. 8 intercepted a fly-hacked kick with one of his own, collected the ball and opened the door for Naoto Saito to cross the whitewash.

Suntory breached Panasonic's defense in the 38th minute with fullback Seiya Ozaki crossing. Barrett added the extras to both tries to make it a five-point game only for five-time champions Suntory to run out of time as the final and the Top League came to an end.