The governor of Chiba Prefecture said Thursday he has no plan to allocate hospital beds for Olympic athletes infected with the coronavirus, joining a growing chorus of voices calling on those involved in the Tokyo Games to be denied preferential treatment.

Chiba Gov. Toshihito Kumagai said he has asked the organizing committee of this summer's Olympics and Paralympics, to be held largely in neighboring Tokyo, to refrain from being a drain on medical resources in his prefecture amid a resurgence of COVID-19 infections. 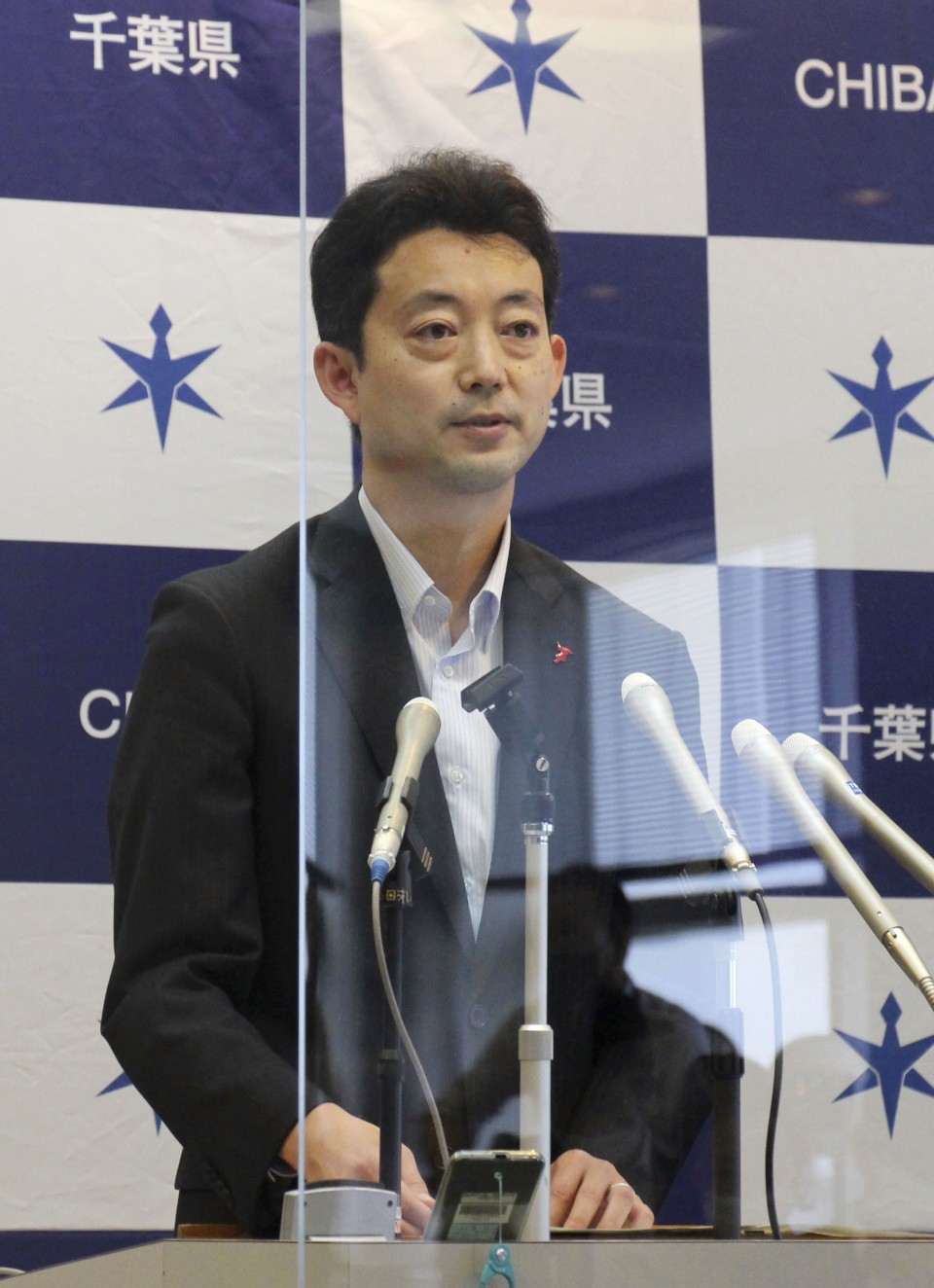 Chiba Gov. Toshihito Kumagai speaks at the prefectural government headquarters in Chiba, eastern Japan, on May 13, 2021, about the Tokyo Olympic organizing committee's request to allocate hospital beds for athletes infected with the novel coronavirus. (Kyodo) ==Kyodo

Touching on the organizing body's hope to work with about 30 hospitals in the capital and its surrounding areas during the Summer Games, Kumagai told a press conference he is not considering allowing "precious beds for COVID-19 patients in the prefecture" to be occupied by Olympic athletes or those working on the games.

Kumagai's comments came a day after the governor of Ibaraki Prefecture said he had rejected a similar request from the organizing body and added the Tokyo Olympics are "not something that must be staged" under any circumstance, proposing that cancellation be considered if the infection situation worsens.

With less than three months until the scheduled opening of the Tokyo Olympics, an increasing number of people in Japan have been calling on the government and Olympic organizers to address public health concerns and rethink whether the games should be held as the country grapples with a rapid spike in infections.

The coronavirus state of emergency covering Tokyo and three other prefectures was originally scheduled to end Tuesday, but it has been extended to May 31 with two more prefectures added to its target areas for stricter anti-virus measures.

The Tokyo metropolitan government reported another 1,010 coronavirus cases Thursday, bringing the cumulative total of infections in the capital to 150,071, the highest by far among Japan's 47 prefectures.

An online petition calling for the cancellation of the games had received over 340,000 signatures as of Thursday evening.

The petition organizer Kenji Utsunomiya, former head of the Japan Federation of Bar Associations, is set to hand in the petition to the Tokyo metropolitan government on Friday.

Opposition lawmakers have also expressed concern about holding the event.

"Many Japanese people are skeptical about holding the event in July," Yuichiro Tamaki, head of the Democratic Party for the People, told a press conference.

Kazuo Shii, head of the Japanese Communist Party, said in a separate press conference, "Opposition parties share the position that the Olympics should not be held," adding he will seek ways to cooperate with other parties to urge the government to cancel the summer event.

The government of Prime Minster Yoshihide Suga and Olympic organizers, meanwhile, insist that the games will go ahead with thorough anti-virus measures in place.