Japan has not revoked the visa status of two Myanmar diplomats in Tokyo who have been fired by the junta for opposing its Feb. 1 coup and the subsequent violent crackdown on peaceful protesters, Japanese Foreign Minister Toshimitsu Motegi said Friday.

"We do not perceive their actions as having been inappropriate, therefore their visa status has not been nullified," Motegi said at a press conference, when asked about the current resident status and how Japan plans to deal with the two following their dismissal by the Myanmar junta.

The two -- Aung Soe Moe, 51, a first secretary, and a second secretary who wishes to remain anonymous -- were barred from entering the embassy compound, which houses their former offices and residences, shortly after they joined a civil disobedience movement against military rule in March. 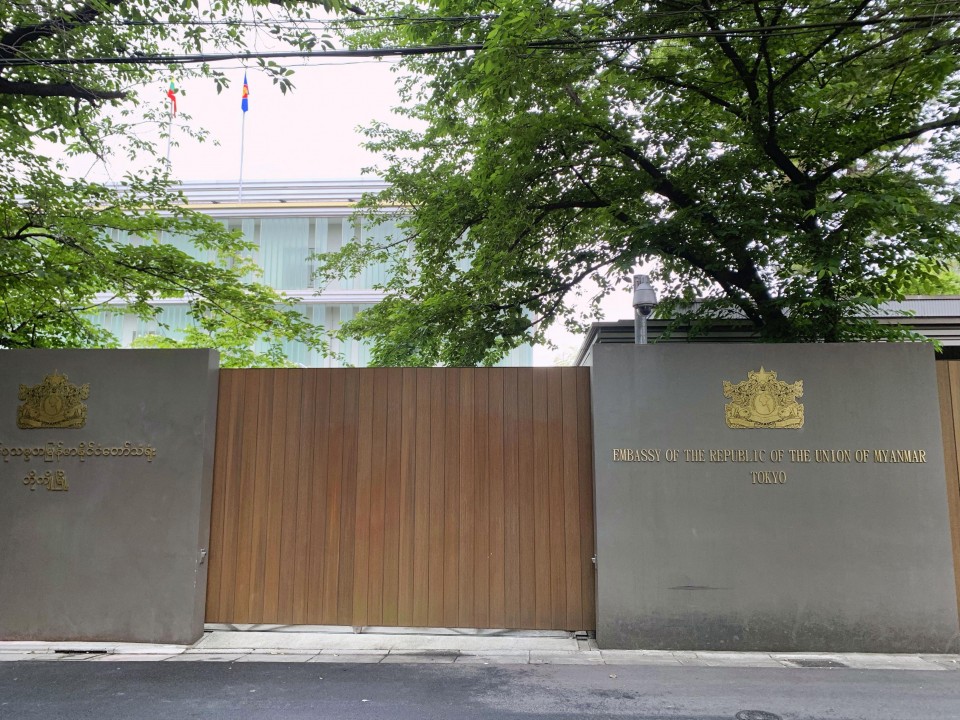 The Myanmar Embassy in Tokyo. (Kyodo)

They started boycotting their duties at the embassy when they announced their participation in the movement March 6 on Facebook.

The Myanmar Embassy informed the Japanese Foreign Ministry in March that the pair's diplomatic status and passports had been revoked, Motegi said, adding his ministry will judge their resident status while "monitoring how the situation in Myanmar evolves."

The pair have requested Japan maintain their diplomatic visas and credentials, citing their legitimacy as officials assigned by the democratically elected government led by civilian leader Aung San Suu Kyi, which was toppled by force.

Since leaving the embassy compound on March 11, the two have lived separately in Tokyo with the support of Myanmar expatriates.