A UNESCO advisory panel recommended on Monday that a chain of islands in southwestern Japan with dense subtropical forests be added to the list of natural World Heritage sites, government officials said.

The listing of the 43,000 hectare area, comprising Amami-Oshima Island and Tokunoshima Island in Kagoshima Prefecture as well as the northern part of the main Okinawa Island and Iriomote Island in Okinawa Prefecture, is expected to be officially approved during an online World Heritage Committee session between July 16 and 31. 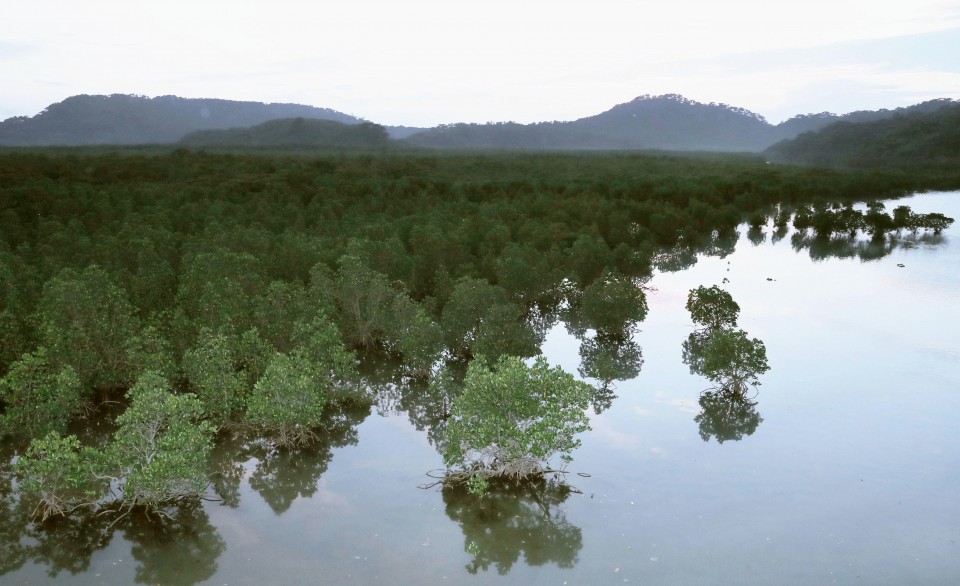 The advisory body assessed that the islands are crucial for the preservation of biodiversity and sought protective measures, such as preventing traffic accidents involving animals and capping the number of tourists on Iriomote Island.

The registration of 2020 candidate sites, including the southwestern Japan islands, has been delayed for a year due to the coronavirus pandemic.

The Japanese government initially submitted its proposal for the islands, noting diverse ecosystems that are home to rare endemic animals and birds such as the Amami rabbit, the Iriomote cat and the Okinawa rail, to the U.N. Educational, Scientific and Cultural Organization in February 2017.

However, it withdrew the proposal in June 2018 on the advice of the International Union for Conservation of Nature, a UNESCO advisory body.

The government revised the designated area by including a forest within a former U.S. military site in northern Okinawa that was returned to Japan in December 2016 and reinforced measures against invasive species before resubmitting the proposal in February 2019.

Local governments and residents rejoiced at the UNESCO panel's decision.

"The news inspires dreams that can brighten up the atmosphere amid the coronavirus pandemic," Amami Mayor Tsuyoshi Asayama told reporters, pledging to continue efforts toward the registration of the site.

"We will engage in the development of a sustainable region that is worthy of world natural heritage so that we can leave this precious natural environment to our descendants 100 and 1,000 years from now," Okinawa Gov. Denny Tamaki said in a statement.

Joining the celebratory mood from Tokunoshima Island was Mutsumi Minobe, the 58-year-old director general of a nonprofit organization that promotes eco-tourism, who said, "I hope people are still living alongside forests where the Amami rabbit dwells after 1,000 years." 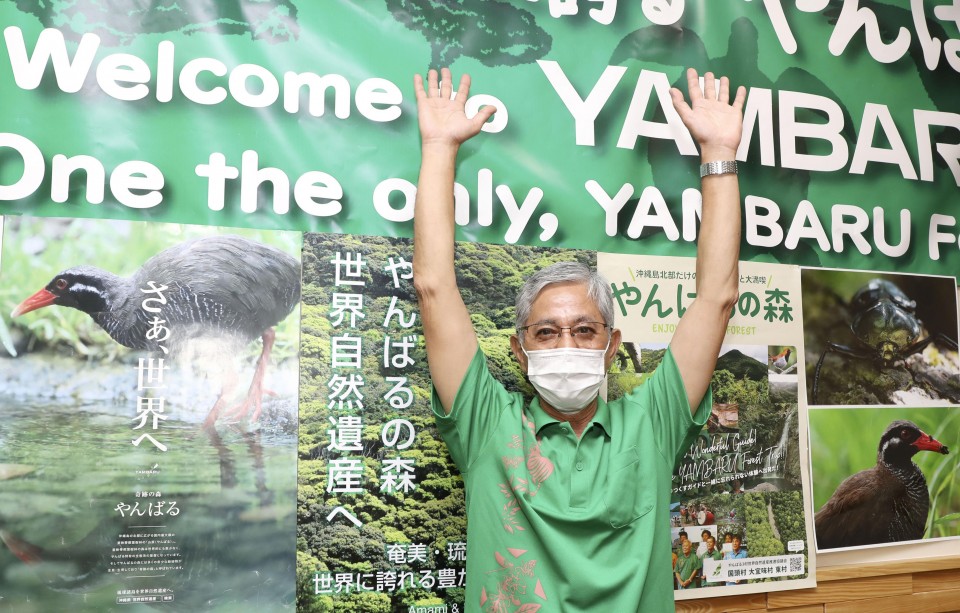 Mayor Yasushi Chibana of Kunigami, a village in the northern part of Okinawa Island, celebrates on May 10, 2021, as a UNESCO advisory panel recommends that the area and other southwestern Japan islands be added to the list of natural World Heritage sites. (Kyodo)

Meanwhile, Yusuke Takayama, 39, who engages in activities to protect the Iriomote cat, expressed concern about potential "overtourism" as well as improper feeding and traffic accidents involving the rare wildcats.

"We need bold measures such as capping the number of visitors entering the island," he said.

If registered, the southwestern Japan islands would become the fifth natural World Heritage site in the country after the Ogasawara Islands, which were added to the World Heritage list in 2011.

There are currently 23 World Heritage sites in Japan including cultural properties.

This year's World Heritage Committee session will evaluate candidate sites for 2020 and 2021.

Japan is also awaiting a decision by a UNESCO advisory body on a World Cultural Heritage candidate, the Jomon Era archaeological sites in the country's north, including the Sannai Maruyama village ruins in Aomori Prefecture dating back around 5,900 years.

The decision regarding the 17 archaeological sites across Hokkaido and Aomori, Akita, and Iwate prefectures is expected to be delivered later this month.