Fine wine is not the only thing that gets better with age, and a venture firm hopes to prove that by reviving the long-forgotten culture of Japan's homegrown vintage sake.

Since launching Takumi Sousei Inc., Akihiko Yasumura has contacted over 1,000 breweries across Japan and visited more than 100 to select the best aged sake to rebrand under the high-end Inishie no Bishu label. 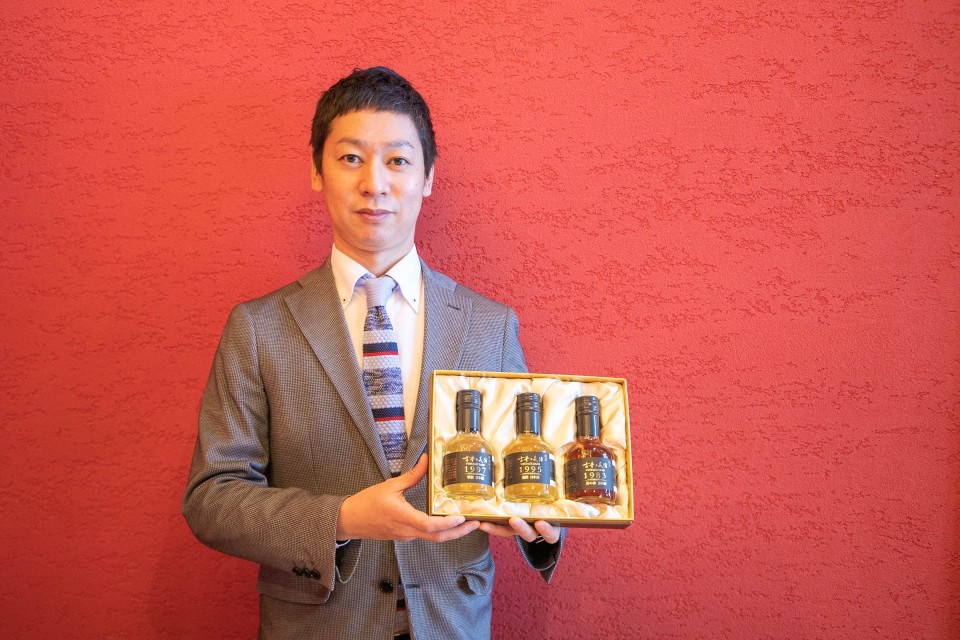 "It's the same as scouting star talent, you're discovering some potential that has been lying dormant, and you're selling it by changing the way you present it," said Yasumura.

As a former career consultant at major Japanese staffing firm Pasona Inc., Yasumura had encountered many artisans who had to give up their passion in order to earn a living. Feeling it was a waste of talent, the 41-year-old began thinking of ways to enable those people to continue chasing their dreams.

Takumi Sousei was initially established in 2017 with a focus on supporting artisans working in traditional Japanese arts and crafts, but by the end of 2018 the company pivoted to the vintage sake industry, which was seen to have more growth potential.

Vintage sake, which is known as "koshu" in Japanese and comes in a range of complex flavors and aromas, does not have an exact definition but generally refers to any Japanese distilled spirits that have been aged over a year.

Takumi Sousei has so far contracted tanks with aged sake at 45 breweries across Japan to sell under its unified brand, which Yasumura says is the only of its kind in the country. Almost all of the fine selection of sake sold under the brand has matured for at least 10 years in a brewery.

"Vintage sake has been left sleeping in tanks at breweries, but we are waking them up now with our production," said Yasumura.

According to Yasumura, one of the reasons why vintage sake, once a premium liquor drunk at weddings within the Imperial Household, sank into obscurity for over half a century is because of the heavy tax that was levied on breweries during the Meiji period (1868-1912).

The government at that time required breweries to pay tax just for the privilege of brewing, even before any sake had been sold. This meant there was no incentive for breweries to store sake for maturing, as it had to be sold as quickly as possible to cover high production costs.

Also diverting public interest from vintage sake was the advancement of rice milling technology, which enabled "shinshu" -- just-pressed new sake that has been left sitting for less than a year -- to taste refined despite a shorter maturation period.

With the abolition of the brewing tax system in 1944, a shift to the payment of levies after sake had shipped and the establishment of an association in 1985 by breweries, distributors and others to revive and research aged sake, interest has gradually returned.

Yasumura said awareness of vintage sake has increased since the launch of the Inishie no Bishu brand, with more and more high-end hotel restaurants and bars adding products from the lineup to their menus.

"You can enjoy vintage sake just like wine. Up until now, it has been regarded as something you only drink before or after a meal, but that's incorrect. You can drink it with your meal," said Yasumura, adding that he hopes vintage sake will gain the same high-end reputation as whisky and wine.

The company's ultimate goal is to boost the market for Japan's traditional culture industry both domestically and internationally, making it so profitable that artisans will feel motivated to pass on their crafts for generations to come. 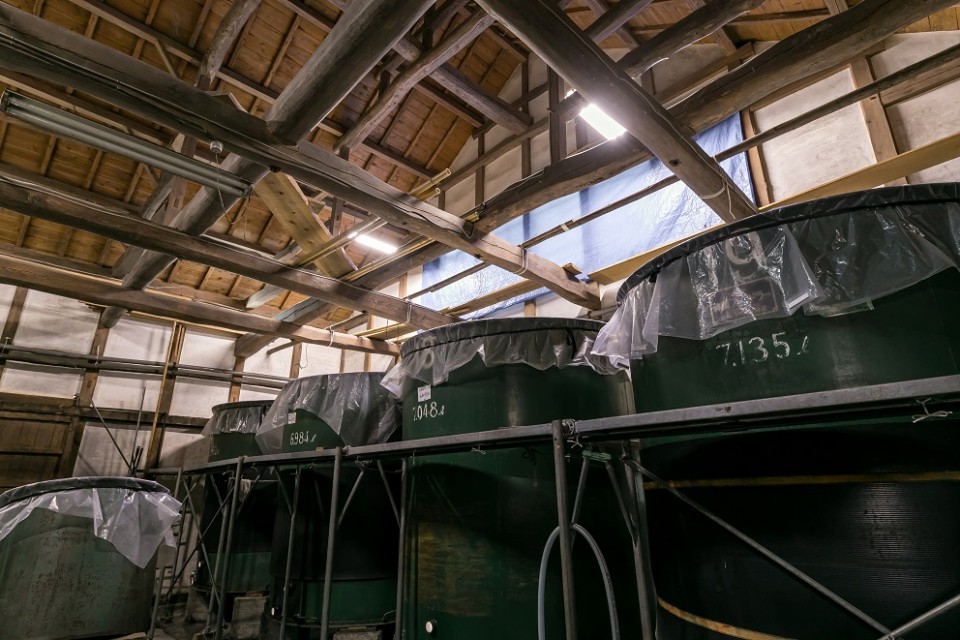 Iwase Syuzo Corp., which was founded in 1723 in Chiba Prefecture, was on the verge of going out of business prior to collaborating with Takumi Sousei. Despite the brewery's rich history and its aged sake winning a platinum award at an international competition for fine wines, brand recognition was generally low.

"The Japan Prestige Sake Association praised our vintage sake as 'impeccably wonderful,' but there was no market for it. So we have nothing but thanks for Takumi Sousei's sincere initiative," said Tomonori Shono, the brewery's chairman and CEO.

The brewery's 1983 vintage sake Iwanoi, made with mineral-rich water from its well, is the oldest under the first series lineup of the Inishie no Bishu brand.

"Foods that are not usually associated with sake, such as sauteed foie gras or fried abalone with butter garlic, taste amazing when paired with vintage sake. I want people not just in Japan but from all around the world to know this," said Shono. 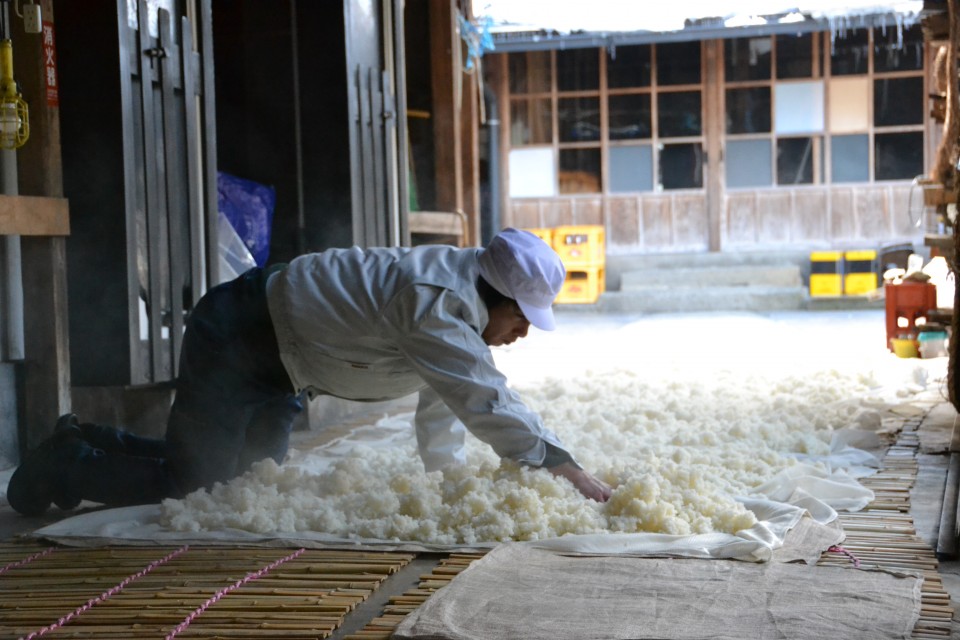 The Kawashiri Sake Brewery, founded in 1839 in the Hida Takayama area, began to specialize in aged sake from the 1960s but like Iwase Syuzo struggled to distribute its products as there was only a small market for such a drink in Japan.

Hideo Kawashiri, the seventh-generation president of the family-owned and operated brewery in Gifu Prefecture, was approached by Takumei Sousei in late 2019 and decided the company's proposal was a good business opportunity.

After contracting two tanks to the company, the brewery's 2001 and 1998 vintage sake are now listed under the Inishie no Bishu label.

"I like making things, but I'm not very good at selling them. So I am very grateful to (Takumi Sousei) for marketing my vintage sake," the 53-year-old said. 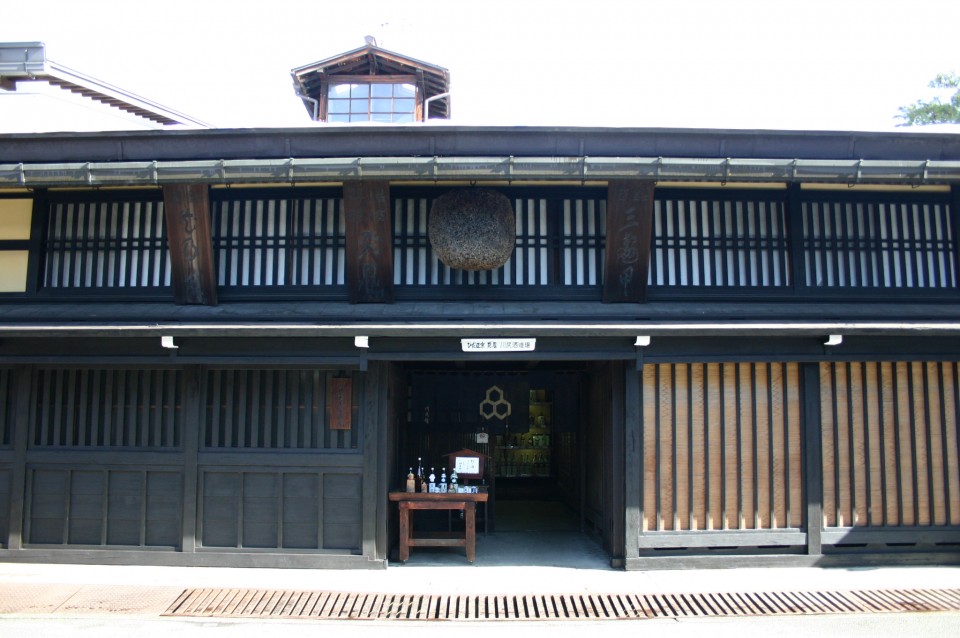 Kawashiri said his brewery saw many foreign tourists prior to the pandemic, with "Westerners from countries with a wine culture more inclined to buy." The United States, Australia, France and Italy were named among others.

While vintage sake sold under Inishie no Bishu can be purchased online via the official website, curious newcomers to the world of Japanese distilled spirits may feel more comfortable visiting its tasting bar and shop in Tokyo's Otemachi business district before making a choice.

A selection of Inishie no Bishu vintage sake can also be sampled at a restaurant bar and shop that opened late last year on Awaji Island, western Japan, where Takumi Sousei is headquartered.

In the future, Yasumura hopes to have artisans create traditional products, such as Edo cut glass cups and "sanada-himo" woven goods, to accompany sets of vintage sake, thus supporting various artisanal industries at the same time.

"I want people (around the world) to know that vintage sake is part of Japan's traditional culture," said Yasumura. "And all our vintage sake has been carefully selected, so it genuinely tastes good."