A total of 61.1 percent of people in Japan believe it is hard to raise children in the country, according to a recent government survey, which highlighted a perception of insufficient support for parenting compared with other nations.

In contrast, overwhelming majorities in Sweden, France and Germany said in the survey conducted by Japan's Cabinet Office that it was easy to raise children in those countries. 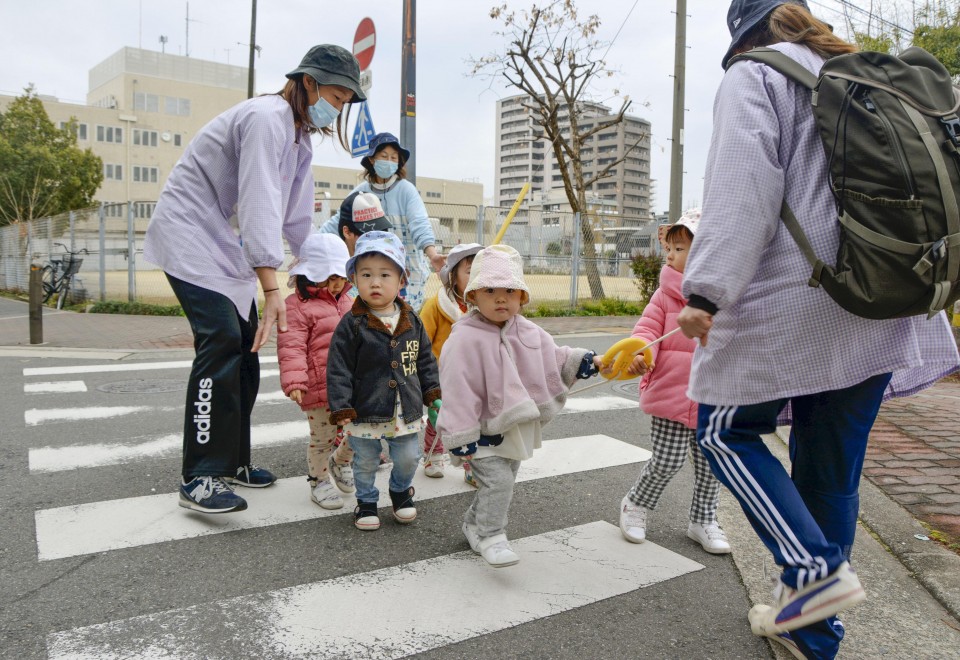 Asked why they believed giving birth and raising children was easy, the most common answer among people in Japan was that they felt "safe" in their communities.

Meanwhile, many respondents in France and Germany pointed to satisfactory medical services from pregnancy through birth, as well as substantial child care support. Many in Sweden referred to reduced educational expenses.

The percentage of people in Japan who chose similar answers to the respondents in France, Germany and Sweden remained low.

Asked about romantic relationships, 40.4 percent of respondents in Japan said they would consider dating if someone showed an interest, underlining a passive attitude compared with other countries.

A total of 19.4 percent in Japan viewed romantic relationships as "bothersome."

The government plans to mention the results of the survey, conducted between last October and January, in an annual white paper on measures against Japan's declining birthrate that is expected to be endorsed by the Cabinet of Prime Minister Yoshihide Suga in June.

The Cabinet Office conducts an international survey on the declining birthrate every five years.