Online bookings for elderly people to receive COVID-19 shots at large state-run vaccination centers in Tokyo and Osaka started Monday, with spots filling up quickly as Japan tries to accelerate its vaccine rollout amid a fourth wave of infections.

Residents of the capital's 23 wards aged 65 in the current fiscal year through March or older were able to make appointments via the Defense Ministry's website and the Line messaging app service at around 11 a.m., before the launch of the center in central Tokyo on May 24. 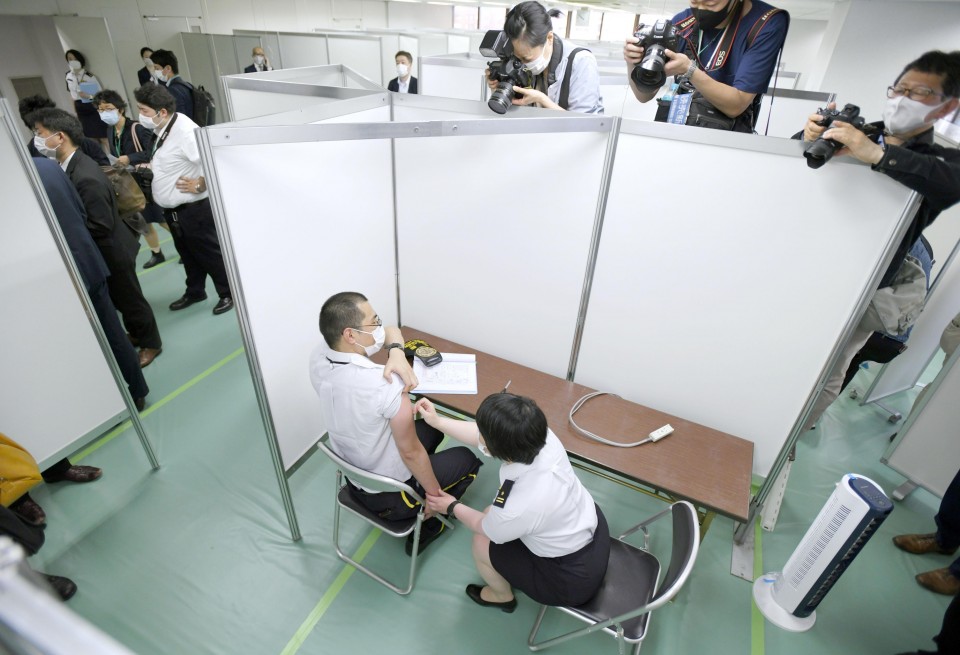 A state-run, large-scale vaccination center in Tokyo, to be predominantly staffed by the Self-Defense Forces, is shown to the press on May 17, 2021, a week before its opening. (Kyodo)

Bookings for the vaccination center in the city of Osaka, also set to open on May 24, started from around 1 p.m. All 25,000 slots were booked within 25 minutes, the ministry said.

Both facilities will be predominantly staffed by Self-Defense Forces doctors and nurses.

Elderly people living in Tokyo and the neighboring prefectures of Saitama, Chiba and Kanagawa as well as in Osaka and nearby Kyoto and Hyogo prefectures will be eligible for inoculation at the state-run vaccination centers, provided they have not already received a vaccine shot.

Japan began inoculating its elderly population of about 36 million in mid-April, after its vaccination campaign for health care workers started in February, but only around 3 percent of its population of 126 million has received at least one shot of vaccine, the slowest vaccination rate among major economies.

The government of Prime Minister Yoshihide Suga has set a target of completing vaccinations of the elderly by the end of July. At present, local municipalities are in charge of the inoculation campaign.

"It will be the first operation of its kind in SDF history. Please give it your best to complete the mission," senior vice defense minister Yasuhide Nakayama told doctors and nurses at the Tokyo vaccination center as staff training began Monday.

To avoid overwhelming the system, online bookings will be restricted to residents of Tokyo's 23 wards and Osaka city until next Sunday.

Some municipalities in Japan that run group inoculation venues have experienced problems processing appointments as phone lines and computer systems have become overloaded. 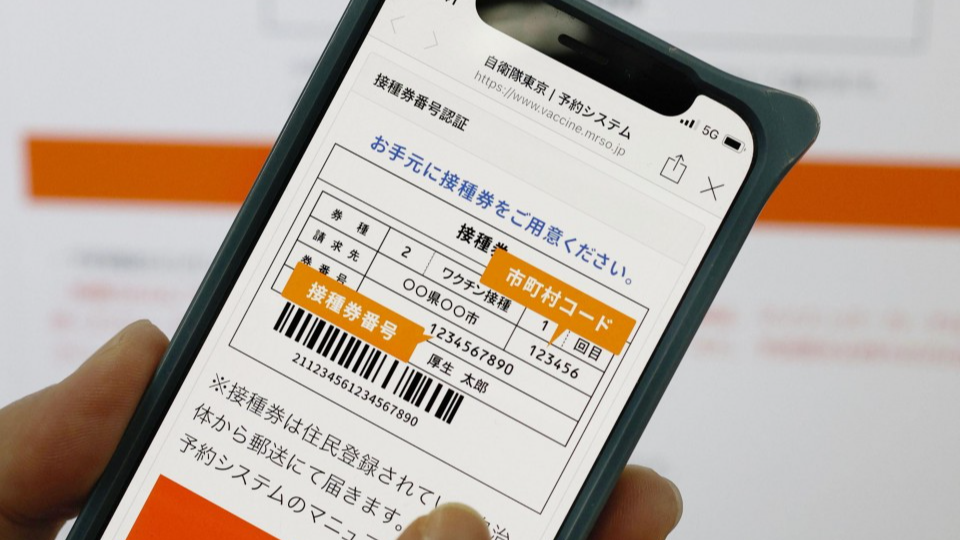 The ministry plans to expand booking eligibility each week, accepting appointments from all seven prefectures from May 31.

The coronavirus vaccine developed by U.S. biotechnology company Moderna Inc. is expected to be administered at the mass inoculation venues, following its expected approval by the Ministry of Health, Labor and Welfare later this week.

To make reservations and receive jabs, elderly people need to have vaccination tickets issued by municipalities.

As the current appointment system would allow double booking with municipalities and the state-run venues, people who have made appointments for shots at the SDF-operated centers are required to cancel their bookings at the venues run by local governments as soon as possible.

For SDF doctors and nurses to concentrate on vaccination, the administrative and other work, such as reception and cleanups, at the venues will be handled by personnel from Nippon Travel Agency Co. in Tokyo and Tobu Top Tours Co. in Osaka.

Including operational staff, the Tokyo and Osaka centers will be run by around 350 and 260 workers respectively, with both teams spending the next week familiarizing themselves with the inoculation process.

As Japan gradually steps up its inoculation drive, concern is growing about the spread of a coronavirus variant first discovered in India that is more transmissible than other strains.

The health ministry last Friday notified prefectures it is boosting its efforts to monitor the variant through polymerase chain reaction tests that can detect the L452R mutation it carries.

The PCR tests will be conducted by private firms and some municipalities, with the National Institute of Infectious Diseases analyzing the collected data. 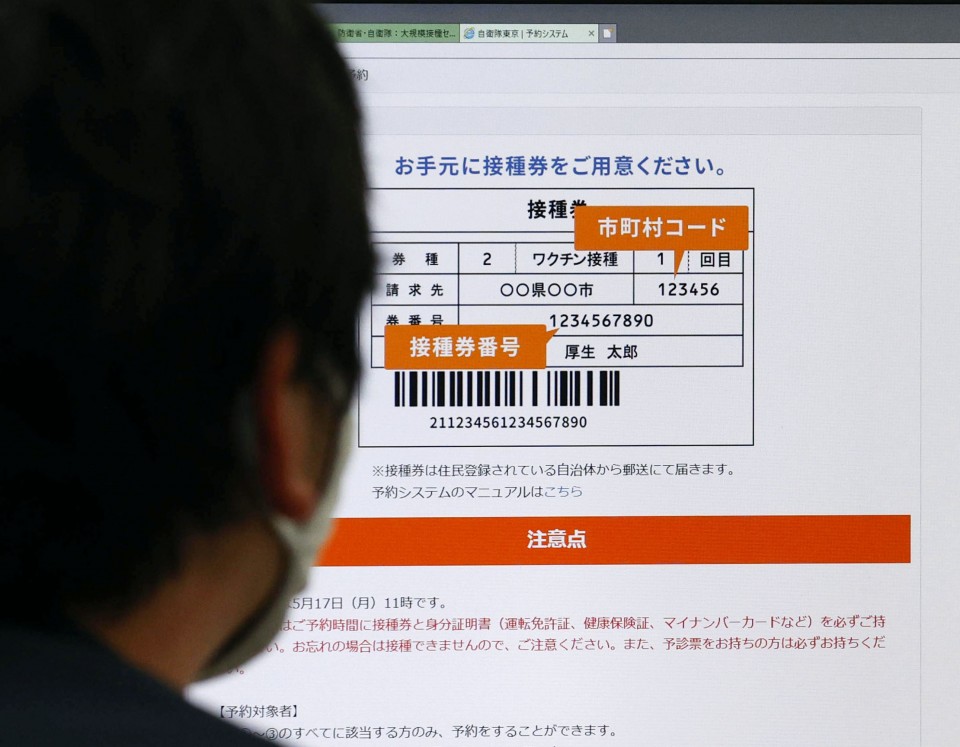