A Tokyo police officer was found dead and his female colleague is missing on Mt. Tanigawa in eastern Japan, local police said Tuesday, two days after receiving a distress call.

The body of Kenji Konagai, 43, was discovered by a police helicopter around 8:40 a.m. after his trekking companion, a 52-year-old woman also from the Metropolitan Police Department, called Sunday afternoon saying they had slipped and could not get up. 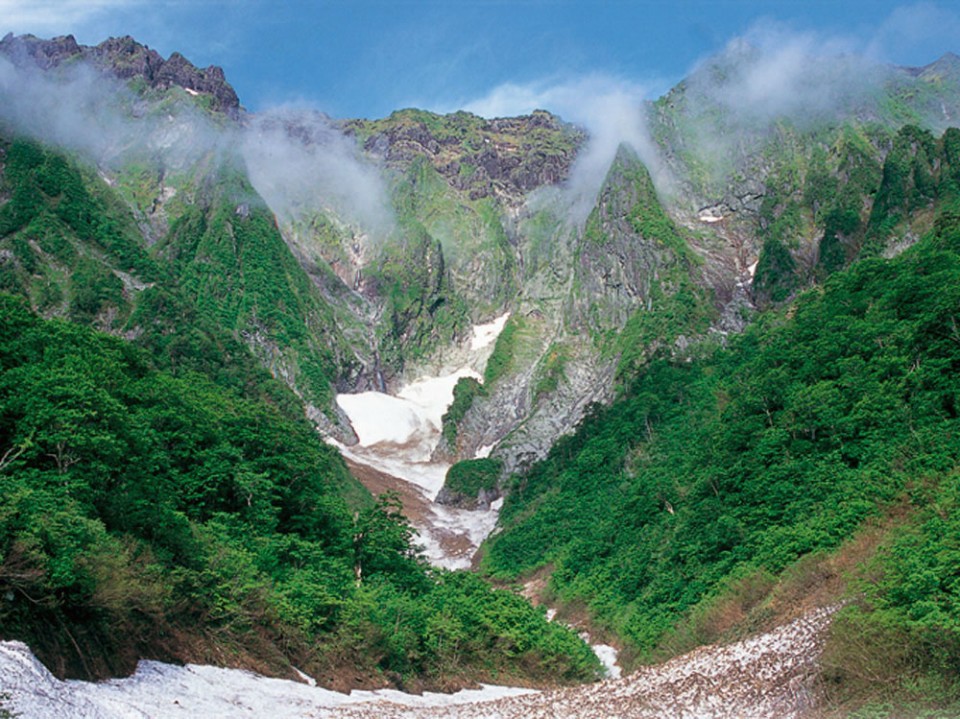 Mt. Tanigawa in Minakami, Gunma Prefecture. (Photo courtesy of the town of Minakami)(Kyodo)

Konagai was found at a point in Minakami, Gunma Prefecture, around 250 meters below a route on the 1,977-meter mountain, the prefectural police said.

The police will continue searching for the female officer Wednesday.

Mt. Tanigawa is a popular mountain for hikers and climbers with easy access from the Tokyo metropolitan area. While its altitude is relatively low compared with the central Japan mountain ranges known as the Japan Alps, which include peaks of over 3,000 meters, Mt. Tanigawa has steep, rocky trails and sudden changes of weather that can lead to accidents.

There were also multiple reports of accidents on other mountains in Japan on Tuesday, with some climbers being trapped in blizzard conditions.

At Mt. Yarigatake, a 3,180-meter peak straddling Nagano and Gifu prefectures in central Japan, three men were confirmed dead after they went missing on Monday amid low visibility.