Multihull vessels are less susceptible to wave action, according to documents handed out by Defense Ministry officials during a briefing with Liberal Democratic Party defense policymakers. 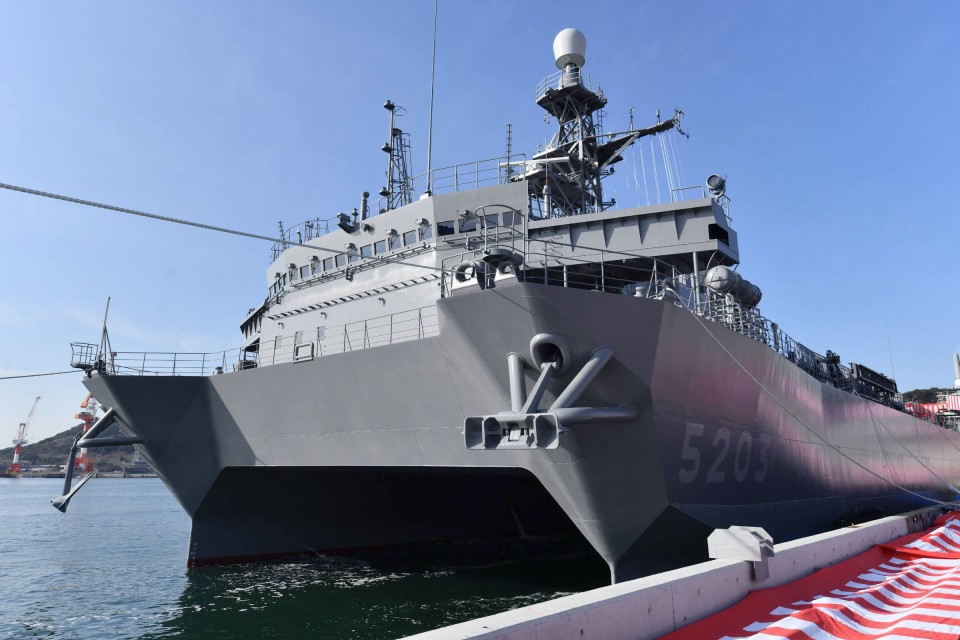 Such a design would be more suitable than a standard monohull one for vessels equipped with the Aegis system to intercept ballistic missiles in rough seas.

It is estimated that the two new vessels would cost over 500 billion yen ($4.7 billion), 100 billion yen more than the ministry's initial plan for the deployment of the U.S.-developed Aegis Ashore ballistic missile defense system, which was scrapped due to bloated costs, technical problems and public opposition.

The costs could rise even higher as Japan has limited experience of building multihull vessels, with only three Hibiki-class ocean surveillance ships constructed based on such a design.

The Cabinet last December approved the construction of two Aegis ships after the ministry in June last year dropped its initial plan to deploy the land-based defense system to address the North Korean missile threat.

The new vessels are part of Japan's plans to enhance its defense capabilities. The ministry is considering installing weapons that can counter not only ballistic missiles but also various aerial threats such as cruise missiles and fighters, amid China's growing assertiveness in the region.