A "life-size" Gundam robot from the popular Japanese anime series came to life in Shanghai on Friday, with its moving parts and shining eyes catching the hearts of many Chinese fans.

The 18-meter-tall Freedom Gundam statue erected outside the newly opened LaLaport shopping complex is the first of its kind to be put up outside of Japan. The Freedom Gundam is popular in China. 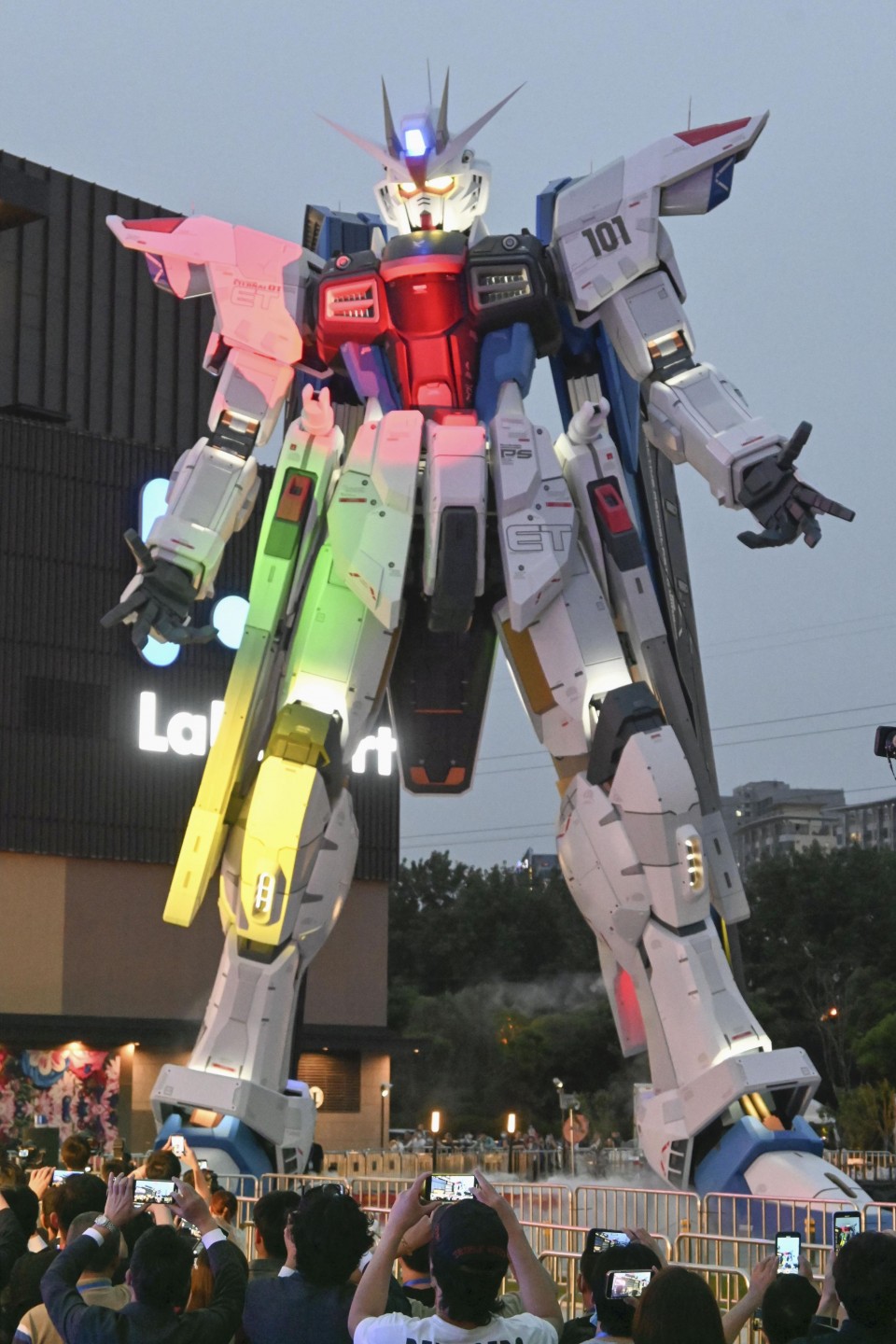 An 18-meter-tall Freedom Gundam statue is unveiled just outside the LaLaport shopping mall in Shanghai on May 28, 2021. (Kyodo)

The statue was produced by Japanese animation creator Sunrise Inc. and other companies. Similar statues are also in Tokyo's Daiba waterfront area and Yokohama.

The Shanghai statue's face and hands are designed to move in response to animation and music displayed on a large monitor. Beginning Saturday, the statue will be activated daily for a few minutes every hour.

The story revolves around characters piloting giant robots, known as "mobile suits," to fight battles in space and on Earth.