International Olympic Committee chief Thomas Bach said Wednesday his organization is prepared to send medical staff to the Tokyo Olympics as part of efforts to deal with the coronavirus pandemic.

Speaking at the outset of a three-day virtual meeting between Japan and the IOC's Coordination Commission, Bach said his organization has offered the Tokyo organizing committee "additional medical personnel" to assist with operations and implementation of COVID-19 countermeasures at the athletes' village and venues.

Bach suggested extra medical staffers would be dispatched by national Olympic committees. Addressing representatives of the organizing body and the Japanese government, the IOC president also said he expects over 80 percent of the residents of the village during the Olympics and Paralympics will be vaccinated for the virus. 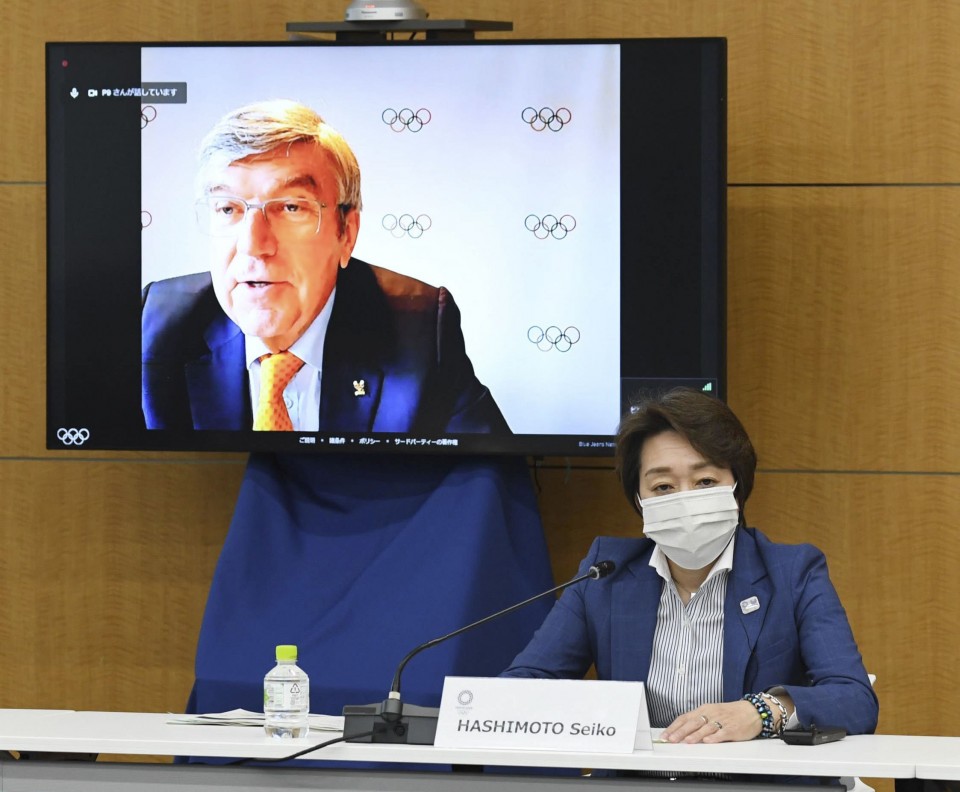 While recent polls show the majority of the Japanese people are against holding the games this summer, Bach said he is confident that thorough anti-virus measures will enable a "safe and secure" Olympics in just over two months.

"The most important principle is very clear. The Olympic village is a safe place, and the Olympic and Paralympic Games Tokyo 2020 will be organized in a safe way," Bach said. "We must concentrate on delivery of these safe and secure Olympic Games because the opening ceremony is only 65 days away."

The remote meeting through Friday is the 11th and final meeting between Japan and the IOC commission, which oversees preparations for the games, before the Olympics begin on July 23.

"In order to have the games succeed, we must solve different problems and speed up our preparations," Tokyo Gov. Yuriko Koike said, while briefing the IOC about the situation of the pandemic in the capital.

The offer by the IOC to provide more support for the Tokyo Games came amid growing public concern in Japan that hosting the global sporting event could put further strains on the country's medical system.

Japan's Olympic minister Tamayo Marukawa said it is important for stakeholders visiting Japan, including journalists, to be inoculated for the virus.

While the Tokyo Games approach following an unprecedented one-year delay, the country is still grappling with infections and vaccine rollout remains slow among the public.

Tokyo and some other areas are currently under a COVID-19 state of emergency, during which people are asked not to make unnecessary outings and establishments such as those serving alcohol to close.

The Tokyo Olympics and Paralympics are expected to feature about 15,000 athletes from around the world. Athletes will be screened for the virus on a daily basis in principle and are required to minimize physical interaction with others during the games to prevent the spread of the virus.

The IOC and other organizers have already decided not to stage the games with spectators from overseas, and they are scheduled to decide next month on the number of fans from Japan admitted at venues.

The organizers will also release next month the third version of the "playbooks," or COVID-19 guidelines during the games.