Asian finance chiefs said Monday they expect their economies, hit hard by the coronavirus pandemic, to recover this year with the help of COVID-19 vaccine rollouts, but still warn of downside risks stemming from the emergence of new mutations and differences in vaccination rates among nations.

"We expect vaccine rollouts to play a key part in accelerating regional economic recovery," the finance ministers and central bank governors of Japan, China, South Korea and the Association of Southeast Asian Nations said in a joint statement after holding a videoconference. 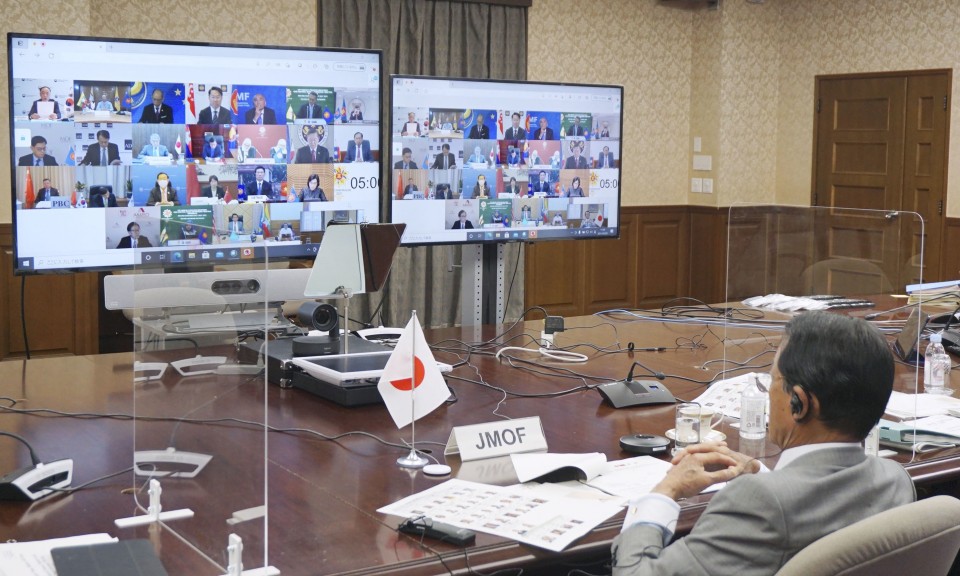 The finance ministers and central bank governors from Japan, China, South Korea and the Association of Southeast Asian Nations hold a videoconference on May 3, 2021. Pictured in the front is Japanese Finance Minister Taro Aso. (Photo courtesy of Japan's Finance Ministry)(Kyodo)

While calling for vigilance against "uneven" economic recovery from the global health crisis, they pledged to "use all available policy tools to ensure an inclusive and sustainable recovery and maintain financial stability."

"It was meaningful that we could reaffirm the importance of regional financial cooperation," Japanese Finance Minister Taro Aso told a press conference after their discussions.

Underscoring their commitment to an "open and rules-based multilateral trade and investment system," the finance chiefs also welcomed the signing of the Regional Comprehensive Economic Partnership agreement, the world's largest free trade deal signed by Australia, New Zealand and the 13 Asian nations in November.

They gathered online on the sidelines of three-day annual Asian Development Bank meetings that started in virtual format on Monday. Next year's meetings will be held in Colombo, Sri Lanka, according to the statement.

At the previous teleconference held in September, the ASEAN-plus-three countries decided to increase the operational flexibility of the Chiang Mai Initiative Multilateralization scheme, which came into force in 2010 to address balance-of-payment and short-term liquidity difficulties in the region in times of crisis.

The scheme evolved from the Chiang Mai Initiative, the first regional currency swap arrangement launched by the 13 Asian nations in May 2000 with the aim of preventing a repeat of the 1997 Asian currency crisis.

At its annual gathering, the ADB launched the Asia Pacific Tax Hub, which is aimed at promoting knowledge sharing and strengthening cooperation on tax policy and administration, to enhance its support for developing nations in the region.

The new framework envisions providing an inclusive platform for policy dialogue among 68 ADB members and international institutions, such as the Organization for Economic Cooperation and Development, the International Monetary Fund and the World Bank.

The ADB talks were initially scheduled to be held in Tbilisi, the capital of Georgia, but switched to virtual meetings due to the pandemic.

Earlier in the day, the finance chiefs of Japan, China and South Korea held a separate virtual meeting, where they vowed "targeted" support measures for those most affected by the COVID-19 pandemic. 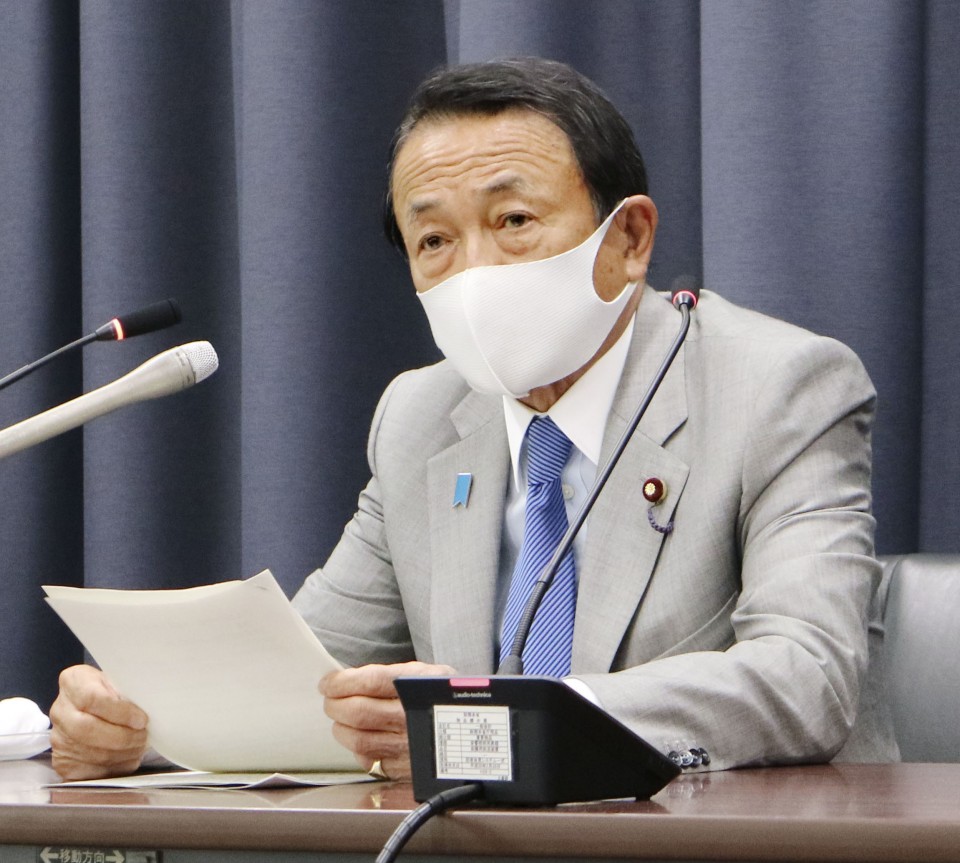 Japanese Finance Minister Taro Aso speaks at a press conference in Tokyo on May 3, 2021, after attending an online meeting of the finance ministers and central bank governors of Japan, China, South Korea and the Association of Southeast Asian Nations. (Kyodo) ==Kyodo