Third favorite Uberleben won the Grade 1 Yushun Himba, more commonly known as the Japanese Oaks, on Sunday for her first Grade 1 victory in the race for 3-year-old fillies.

Uberleben, ridden by Italian jockey Mirco Demuro, crossed the finish line at Tokyo Racecourse a length ahead of second favorite Akaitorino Musume in 2 minutes, 24.5 seconds, with 16th pick Hagino Pilina a further nose behind in third. 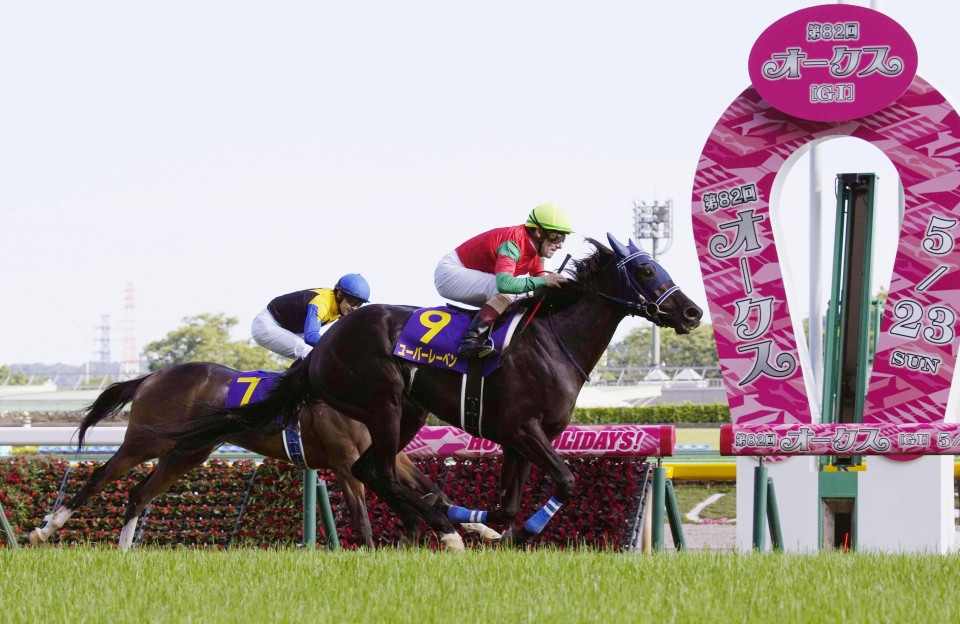 Sunday's 2,400-meter turf event is the second race in the filly triple crown, which kicks off with the Oka-sho in April and ends with October's Shuka-sho.