Japan has recently made illegal the carrying or sending of seeds or seedlings of domestically developed farm products out of the country as it tries to protect local producers from the impacts of unauthorized overseas cultivation.

The ban comes in response to concerns seeds and saplings of domestic varieties of plants registered in Japan, such as the high-end lime-colored Shine Muscat grape, have been grown and sold abroad in recent years without the local developers' permission.

The Ministry of Agriculture, Forestry and Fisheries says China and South Korea have cultivated the Shine Muscat grapes and exported them to Southeast Asia and other areas.

Japan has been promoting its exports of fruits and vegetables to other Asian countries.

A revised seed and seedling protection law that came into effect on April 1 now enables plant breeders to designate where their varieties are permitted to be grown and exported when registering their species.

In line with the revised law, the farm ministry announced last month it has decided to ban the export of seeds and seedlings of 1,975 agricultural products, including 273 whose plant variety registrations with the ministry are pending.

These products have been developed by the National Agriculture and Food Research Organization under the ministry and prefectural governments across the country. 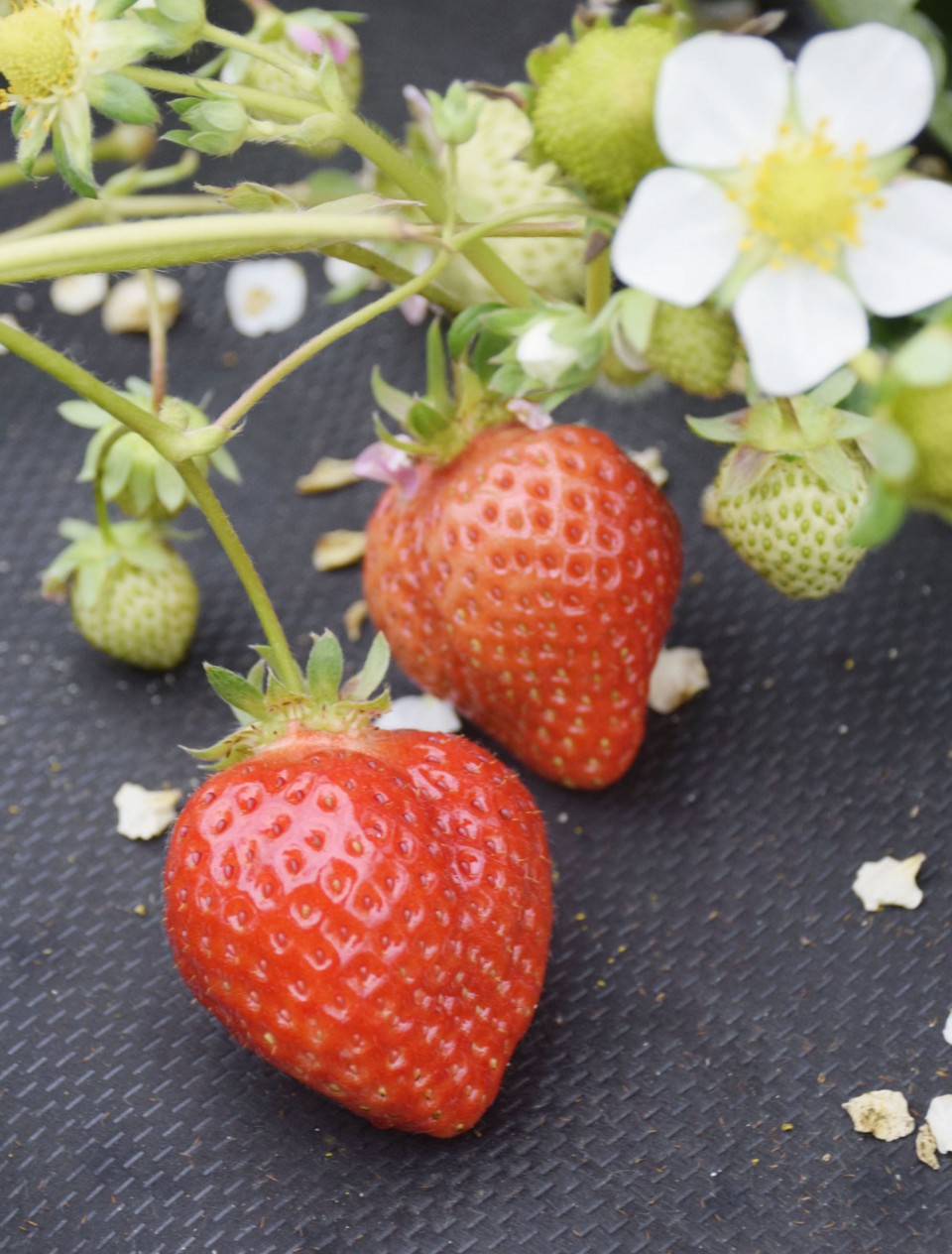 An Amao strawberry vine grown in the southwestern prefecture of Fukuoka, Japan, is pictured on Feb. 13, 2016. (Kyodo)

Japanese-developed varieties registered under the system also include the large Amao strawberry grown in Fukuoka Prefecture in southwestern Japan and unique breeds of rice such as Yumepirika, harvested in the northernmost prefecture of Hokkaido.

The ministry is hoping the revised law will not only protect the intellectual property rights of domestic developers but also curb exports of such items by foreign countries.

However, it remains challenging to eradicate third-country exports of products that use seeds and seedlings already removed from Japan, the ministry said.

Individuals found to have illegally exported designated agricultural products can be sentenced to up to 10 years in prison, or fined up to 10 million yen ($91,500) or punished with a combination of both, while institutions could face a fine of up to 300 million yen.