A threatening letter has been sent to an immigration facility in central Japan over the death of a Sri Lankan woman while being held there, investigative sources said Monday.

Police received a complaint from the Nagoya Regional Immigration Services Bureau in Aichi Prefecture on May 14 and have launched an investigation over the anonymous letter, which protested the 33-year-old woman's death and threatened to harm the facility's head, they said.

Ratnayake Liyanage Wishma Sandamali, who came to Japan in 2017 on a student visa, was taken to the facility in Nagoya in August 2020 after it was found her visa had expired. She died on March 6 this year after complaining of stomach pain and other symptoms from January. 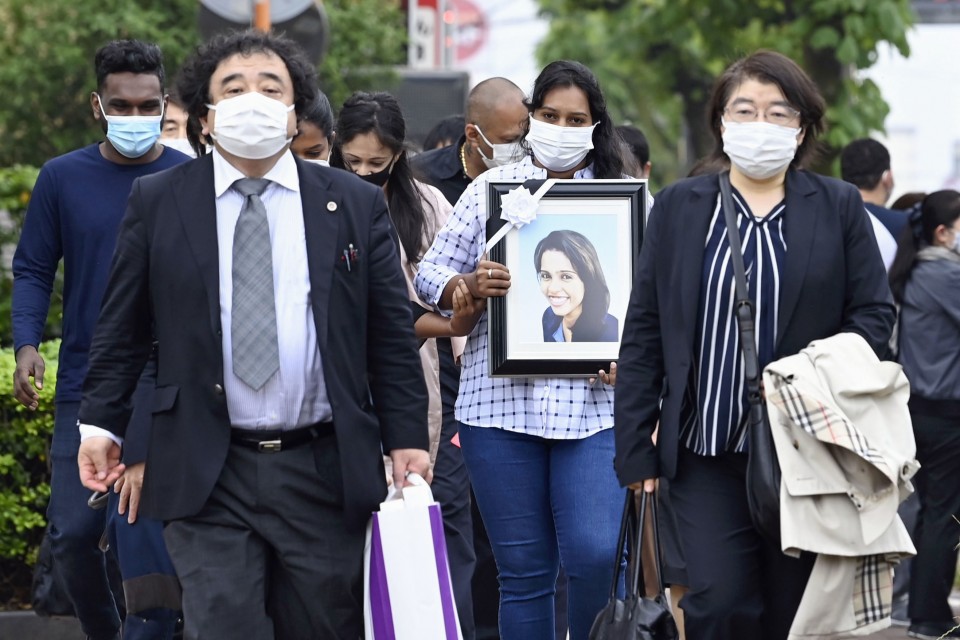 Her death, which activists blamed on a failure to provide appropriate medical attention, led to the government's decision last week to withdraw a bill revising rules on the asylum system and how to handle foreigners facing deportation.

Her bereaved family and opposition parties have been demanding the Justice Ministry get to the bottom of her death and release video footage showing Wishma as her condition deteriorated.

But the ministry, which has yet to determine the cause of her death, has turned down the request, citing security reasons.