The leader of Japan's main opposition party said Monday there is no way to safely hold the Tokyo Olympics this summer, questioning Prime Minister Yoshihide Suga's assurances that sufficient COVID-19 measures will be in place.

"Unfortunately, we have to say it is impossible to protect the lives, health and livelihoods of the Japanese people while holding the Olympics and Paralympics," Yukio Edano, head of the Constitutional Democratic Party of Japan, said in a parliamentary session. 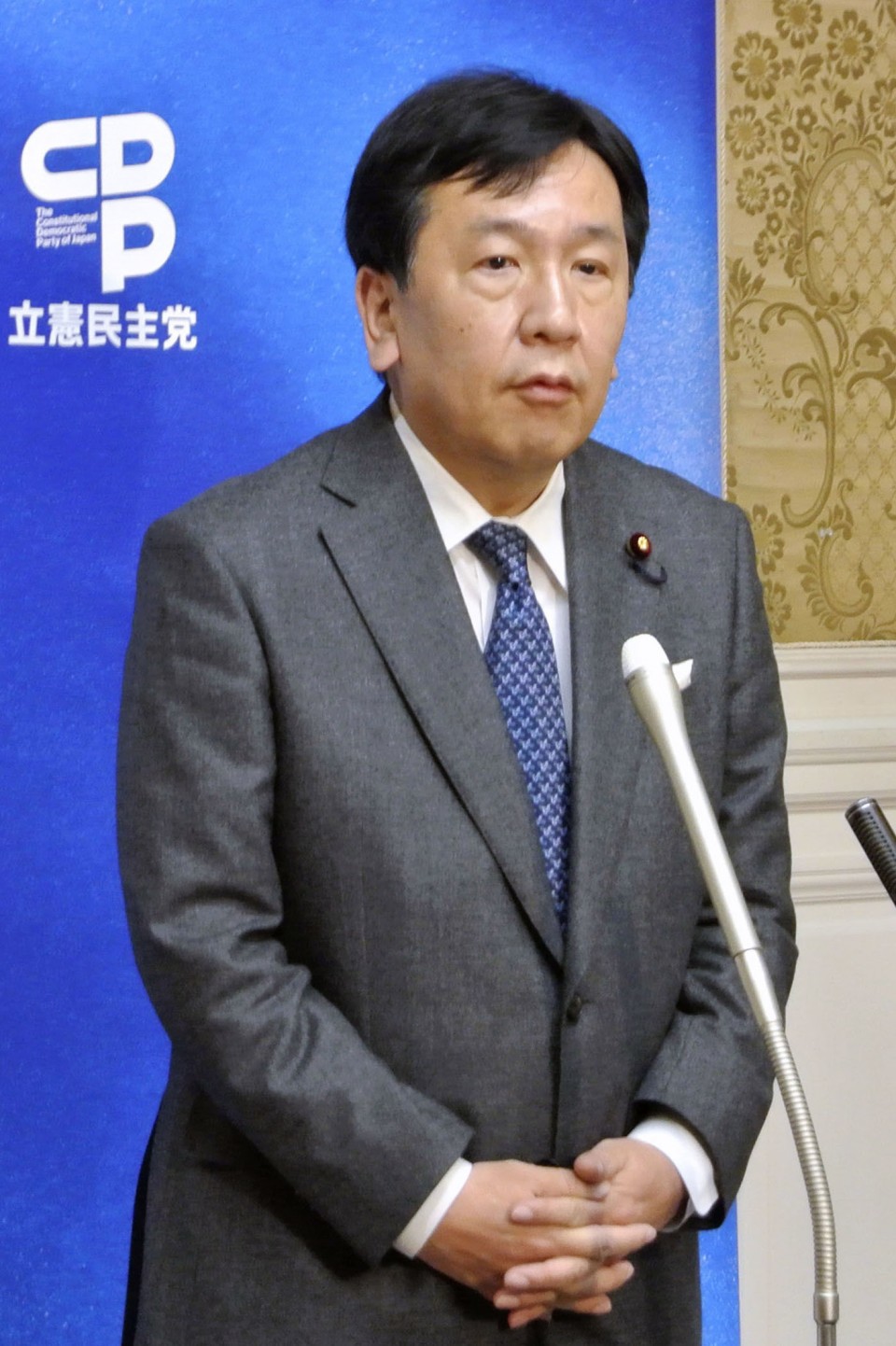 Yukio Edano, head of the Constitutional Democratic Party of Japan, speaks to reporters in Tokyo on May 10, 2021. (Kyodo)

Infections have surged in Japan in recent weeks, prompting the government to extend a state of emergency covering Tokyo and other prefectures to the end of May.

Set to kick off July 23, the Olympics and Paralympics will bring tens of thousands of athletes and coaching staff to Japan but will be held without spectators from overseas.

"It would be unacceptable if going ahead with the games leads to insufficient measures that allow new variants of the coronavirus to be brought in from abroad," Edano said.

He said in an online broadcast Sunday that allowing in athletes and coaching staff would look like an "exhibition" of highly contagious variants discovered in Britain, South Africa and India, adding they should not be exempt from a quarantine period upon entering Japan.

Suga said in the parliamentary session Monday that Olympic visitors would be required to follow strict COVID-19 guidelines including daily testing and segregation from the public, with violations punishable by disqualification.

"It is my responsibility to implement such measures to safeguard the lives and health of the Japanese people and do everything I can for a safe and secure games," he said.

Edano said the government had prematurely lifted the previous state of emergency in late March, causing the number of coronavirus cases to quickly rebound and necessitating a return to strict restrictions just a month later. 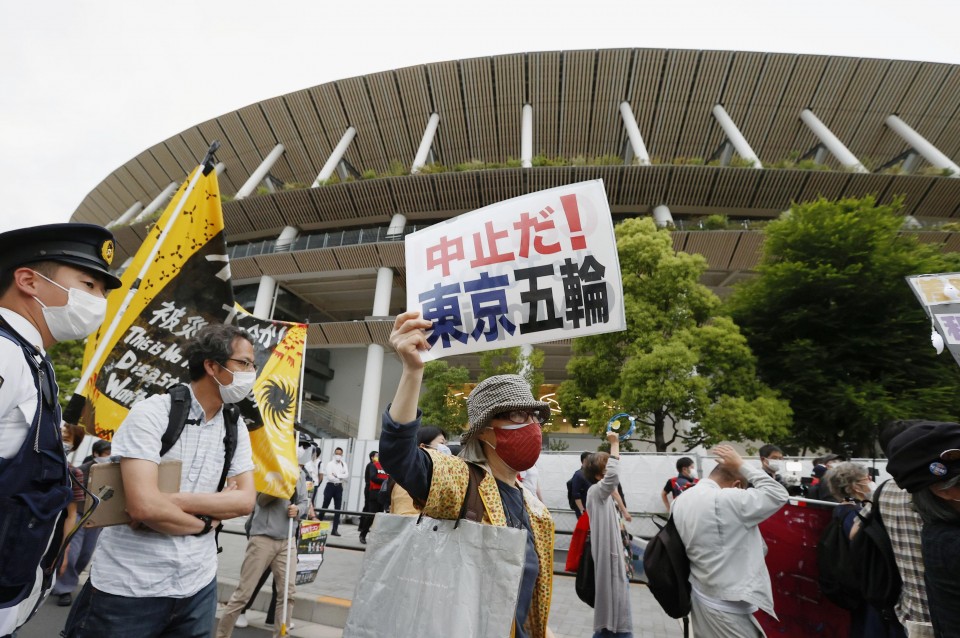 People protest against holding the Tokyo Olympics amid the coronavirus pandemic, near National Stadium in Tokyo on May 9, 2021, as an Olympic test event for athletics is held inside the venue. (Kyodo) ==Kyodo

"The government keeps changing its stance over and over again, and the Japanese people are tired of it," he said.

Suga said while he bears sole responsibility for extending the state of emergency and expanding it to Aichi and Fukuoka prefectures as infections put hospitals under increasing pressure, the decision had the approval of experts.

Edano accused Suga of passing the buck, saying, "Different experts have differing opinions. In the end, it's up to the government to make a call."