Barrett, capped 88 times by the All Blacks, opened his account with a 20th-minute drop goal as the Spears' physical pack prevented the five-time Top League champions from making any early headway at Higashiosaka's Hanazono Rugby Stadium. 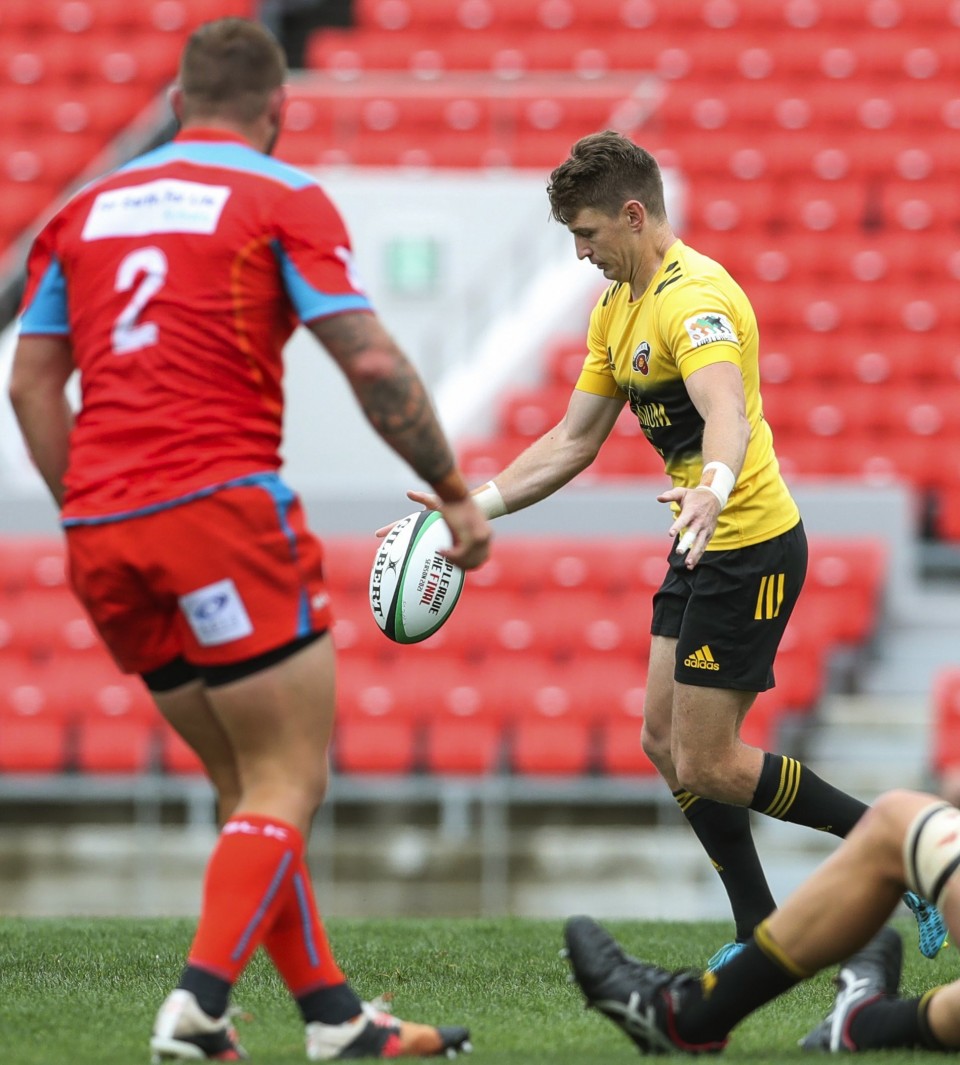 Fly-half Beauden Barrett of New Zealand kicks a drop goal for the first of his 21 points in Suntory Sungoliath's 26-9 Rugby Top League semifinal victory over Kubota Spears at Hanazono Rugby Stadium in Osaka Prefecture on May 16, 2021. (Kyodo)

His second penalty made it 9-6 Suntory in the 30th minute. Shota Emi's try six minutes later opened up the game, however, and it became clear that the Spears could not counter Suntory's speed and ability to kick the ball into space.

Barrett's play stood out -- even on a team that posted the league's only perfect record this season -- making strong tackles, including a try-saver, while engineering attacks with his running and kicking.

Both teams made unsuccessful attempts to bludgeon their way across the try line, with Suntory withstanding a late siege to prevent their opponents from scoring a single try.

"We knew they would present a tough challenge," Suntory captain and Japan international Ryoto Nakamura said. "Kubota had a very powerful attack this season and played a lot of extremely physical games, so this is a confidence builder for us going into the next game."

Suntory may have been a little rusty at the start after skipping their quarterfinal against the Ricoh Black Rams, who were unable to field a team due to a spate of coronavirus infections. Between that and the Spears' powerful pack, Nakamura said his side made a decision to trust in Barrett's boot.

"We talked it over and decided to keep kicking for points to keep up the pressure, and see how that went," Nakamura said. "In retrospect, that was the right decision."

The final, to be played at Tokyo's Prince Chichibu Memorial Rugby Ground, will be the Top League's swan song, with the current setup due to be replaced by a new three-tier competition starting next January.

Rugby: Panasonic head to final after clinical win over Toyota