China hopes that this summer's Tokyo Olympics and Paralympics will be held despite the novel coronavirus pandemic, as a possible cancellation is expected to affect the management of the Beijing Winter Games in February 2022. 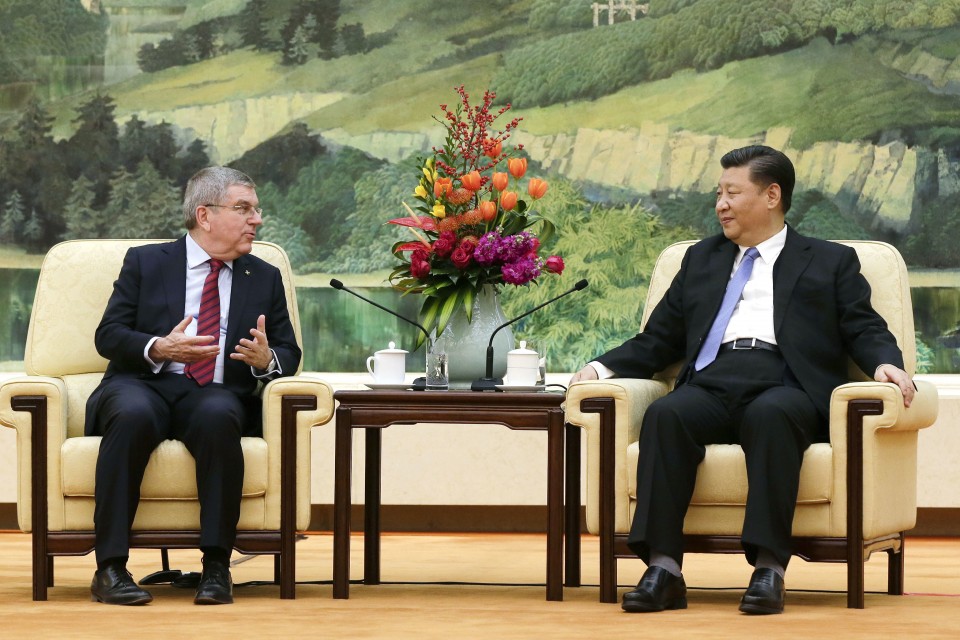 Bach, who has postponed his planned visit to Japan in mid-May against backdrop of a resurgence of infections at home, also told Xi that the IOC has placed emphasis on amicable relations with China.

The state-run Xinhua News Agency said Sunday that the provision of China-developed COVID-19 vaccines, one of which has been approved by the World Health Organization, would become the "strongest support" for the Tokyo Games.

Although Xinhua said there is skepticism across the globe about the holding of the Tokyo Olympics and Paralympics, it added they are not for the city or Japan but for "the world," expressing hope that the games should take place, even without an audience.

The Tokyo Games were already put off by one year from summer 2020 due to the virus outbreak.

In early April, China held a testing program for the Beijing Winter Olympics and Paralympics in a bid to gauge how the country can implement measures to prevent the virus from spreading during the major sports events.

Since the increase in new infections apparently peaked in late February 2020, the world's second-biggest economy has shown signs of a V-shaped recovery as business activities have intensified and retail sales have been recuperating.

People's lives have got back to normal and a large number of recreational facilities have been operational even at late night in China, unlike in Japan where local governments have asked restaurants and bars to shorten their business hours.

China is set to make every effort to hold the Olympics and Paralympics "with national pride at stake," but it would like to see whether Tokyo can successfully host the games amid the pandemic, a source familiar with the matter said.

Xi has told Bach that China is confident in holding the Beijing Winter Olympics and Paralympics next year on schedule.