Shohei Ohtani scored a run, drove in another and stole a base Saturday for the Los Angeles Angels in a 10-5 win over the Seattle Mariners.

Batting second in the lineup as the designated hitter, Ohtani scored in the first inning on a Mike Trout home run after drawing a walk against Seattle starter Ljay Newsome (1-1) and stealing second base. 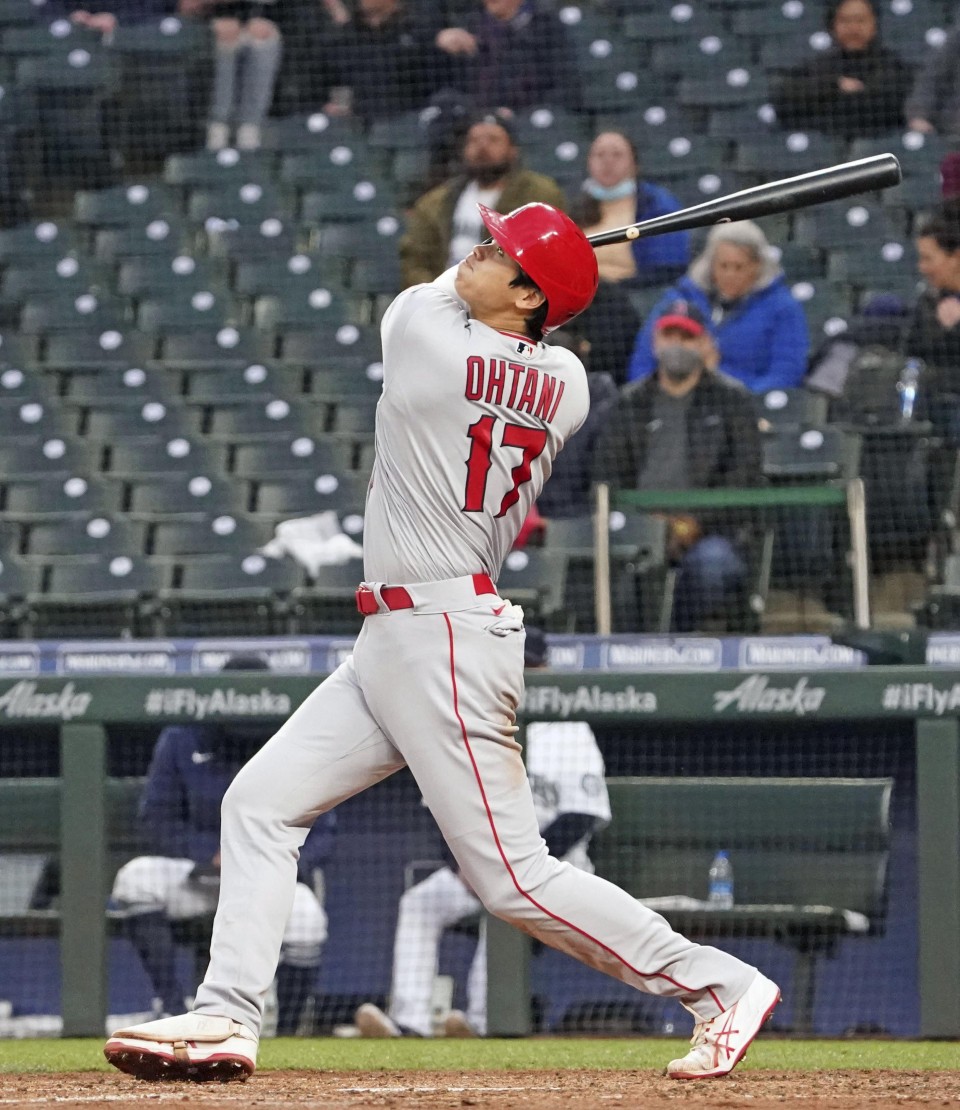 Los Angeles Angels designated hitter Shohei Ohtani pops out in the sixth inning of a 10-5 win over the Seattle Mariners at T-Mobile Park in Seattle on May 1, 2021. (Kyodo)

A run-scoring groundout by the Japanese two-way star gave the Angels a 4-0 lead over their American League West rivals in the top of the second at Seattle's T-Mobile Park.

Ohtani, who launched his eighth home run of the season a day earlier in a 7-4 loss to the Mariners, flew out in the fourth, popped out in the sixth and lined out in the ninth to finish 0-for-4.

Rising star Jared Walsh went 4-for-4 with a pair of home runs, while Anthony Rendon also belted a homer as the Halos racked up 13 hits.

Elsewhere in the AL, DH Yoshitomo Tsutsugo went 0-for-4 in his third straight hitless game for the Tampa Bay Rays, who lost 3-1 to the visiting Houston Astros.

Boston Red Sox right-hander Hirokazu Sawamura did not factor in the decision after striking out three and allowing a run on two hits in the eighth inning of an 8-6 road loss to the Texas Rangers.