With 100 days left until the Tokyo Paralympic Games, International Paralympic Committee President Andrew Parsons says strong coronavirus countermeasures, including a big reduction in the number of guests and officials, will ensure the safety of participants and the Japanese public.

The IPC chief spoke to Kyodo News as some countries are seeing the light at the end of the pandemic tunnel thanks to widespread immunization campaigns and mitigation efforts, but with Japan mired in its so-called "fourth wave" of infections. 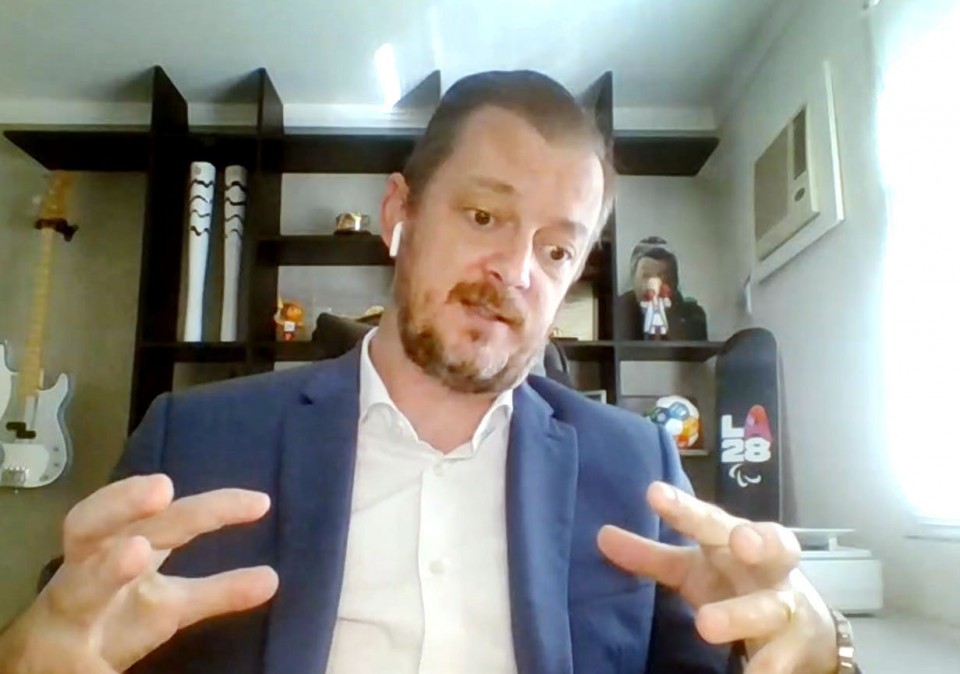 Andrew Parsons, president of the International Paralympic Committee, gives an online interview on May 13, 2021, as seen in this screenshot image. (Kyodo) ==Kyodo

Parsons, who said the IPC had cut its own staff contingent at the games by more than 25 percent, stressed the "number one priority" was to "protect the Japanese population."

"Only people who have (an) operational role to play will be in Tokyo," he said. "Our overall reduction (of people) working at the games is 60 percent."

Having already decided in March that there will be no overseas spectators, the International Olympic Committee, the IPC and Japanese stakeholders will make a decision on crowd numbers at competition venues in June.

While Parsons said some countries may decide not to send teams, he does not expect a major reduction from the 4,350 athletes projected to compete at the Paralympics.

"We anticipate that we may not get 160 (countries). We may have a reduction," he said.

So far only North Korea has announced it will not send Olympic and Paralympic teams to Tokyo.

In a boost to hopes of a safe games, U.S. pharmaceutical giant Pfizer Inc. and its German partner BioNTech SE signed a memorandum of understanding to donate their COVID-19 vaccines to Olympic and Paralympic competitors.

"This is not only to contribute to the safe environment of the Games, but also out of respect for the residents of Japan," the IPC said.

After initially being hit hardest by the pandemic, the United States has seen a downward trend in infections and deaths following a major vaccination drive. Britain and Israel also appear to be getting on top of the virus, but other countries, such as India, continue to face a crisis.

The government of Japan is racing to inoculate its population of 126 million, but doses administered in the country as of May 13 stood at about 4.9 million for health care workers and about 705,000 for elderly people, according to the prime minister's office.

The government aims to fully vaccinate the country's 36 million elderly people by the end of July, while the Japanese Paralympic Committee is moving to have athletes vaccinated between June and July.

"Vaccination is the best solution that we as humankind have in the situation," Parsons said, adding he is hoping his athletes will receive the shots "as soon as possible."

He also said strict COVID-19 countermeasures will minimize contact between participants of the games and the Japanese public, making the possibility of virus transmission remote.

Games participants will be required to take two COVID-19 tests on two separate days within 96 hours of the departure of their flights to Japan.

Athletes will effectively be tested almost every day, and everyone else attending the games will be tested regularly, according to Parsons.

"If we are not sure that we can deliver the safe games, we are not organizing the games," he said, citing the example of several international sports events successfully conducted under coronavirus restrictions.

Parsons said the Aug. 24 to Sept. 5 Tokyo Games would be the most important Paralympics in history, given the disproportionate impact of the pandemic on people with disabilities around the world.

"They have been marginalized for decades and centuries," he said, adding that the pandemic has highlighted inequalities faced by people with disabilities. 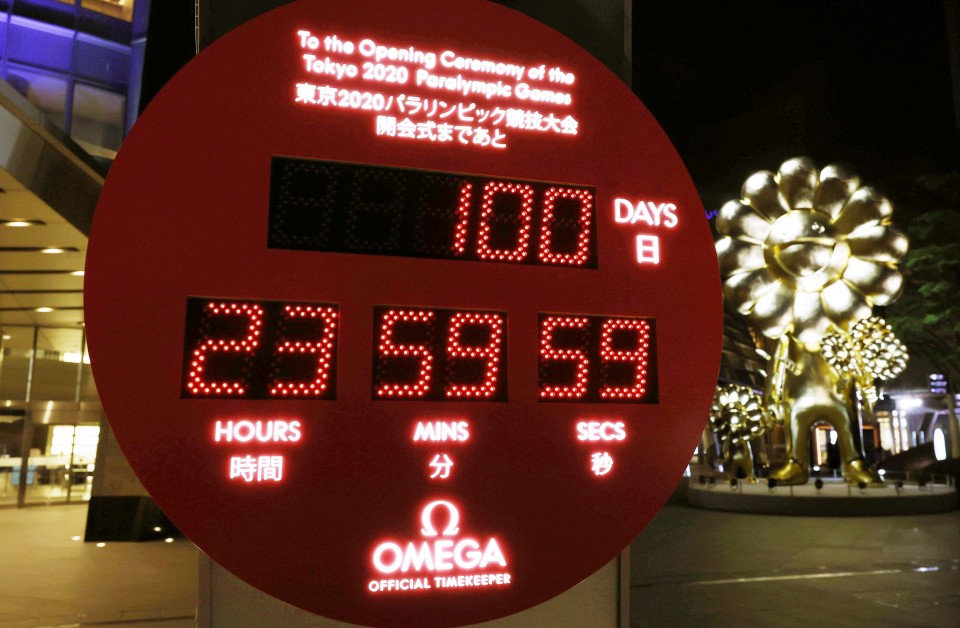 A countdown clock in Tokyo on May 15, 2021, shows 100 days until the opening ceremony of the Tokyo Paralympics. (Kyodo) ==Kyodo