TOKYO - The Japanese government plans to extend the COVID-19 state of emergency covering Tokyo, Osaka and other areas beyond the current deadline of May 31, sources familiar with the matter said Monday, as infections have yet to significantly subside, leaving the medical system strained. 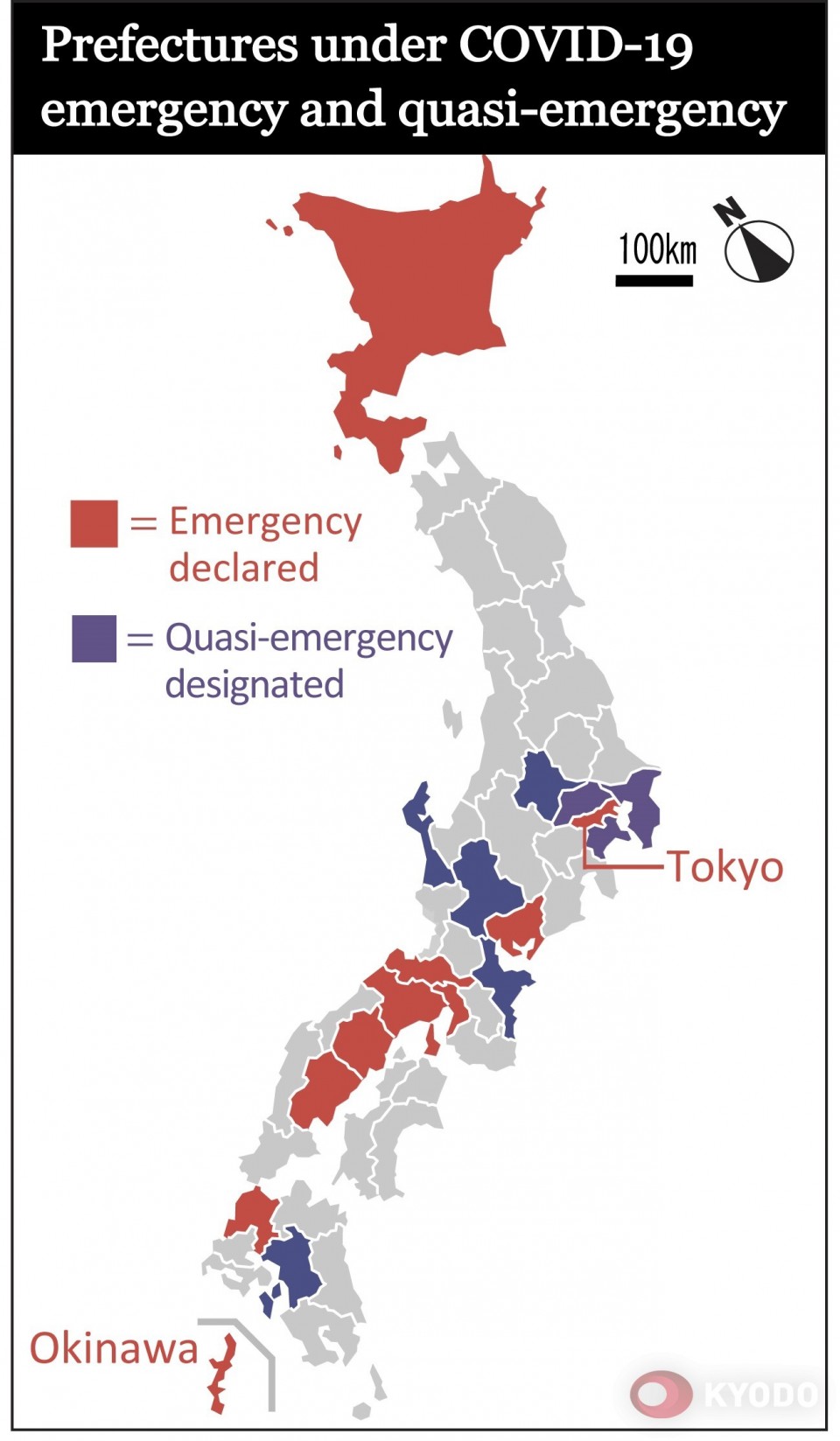 One plan under discussion is for the nine prefectures to get a new deadline of June 20, the same as Okinawa, which was put under the emergency declaration Sunday, the sources said. Another is for it to expire on June 13.

Prime Minister Yoshihide Suga is set to decide on the length of the extension within the week after examining the latest infection and hospital occupancy data and consulting health experts. A senior official said the length could differ based on the situation in each prefecture.

Japan's third state of emergency took effect in Tokyo, Osaka, Hyogo and Kyoto on April 25, later being extended from the initial end date of May 11 to May 31. The affected areas were expanded to Aichi and Fukuoka, and then again to Hokkaido, Okayama and Hiroshima.

Of the nine prefectures, Osaka and Hyogo are already planning to request that the government extend the state of emergency, prefectural officials said Monday. 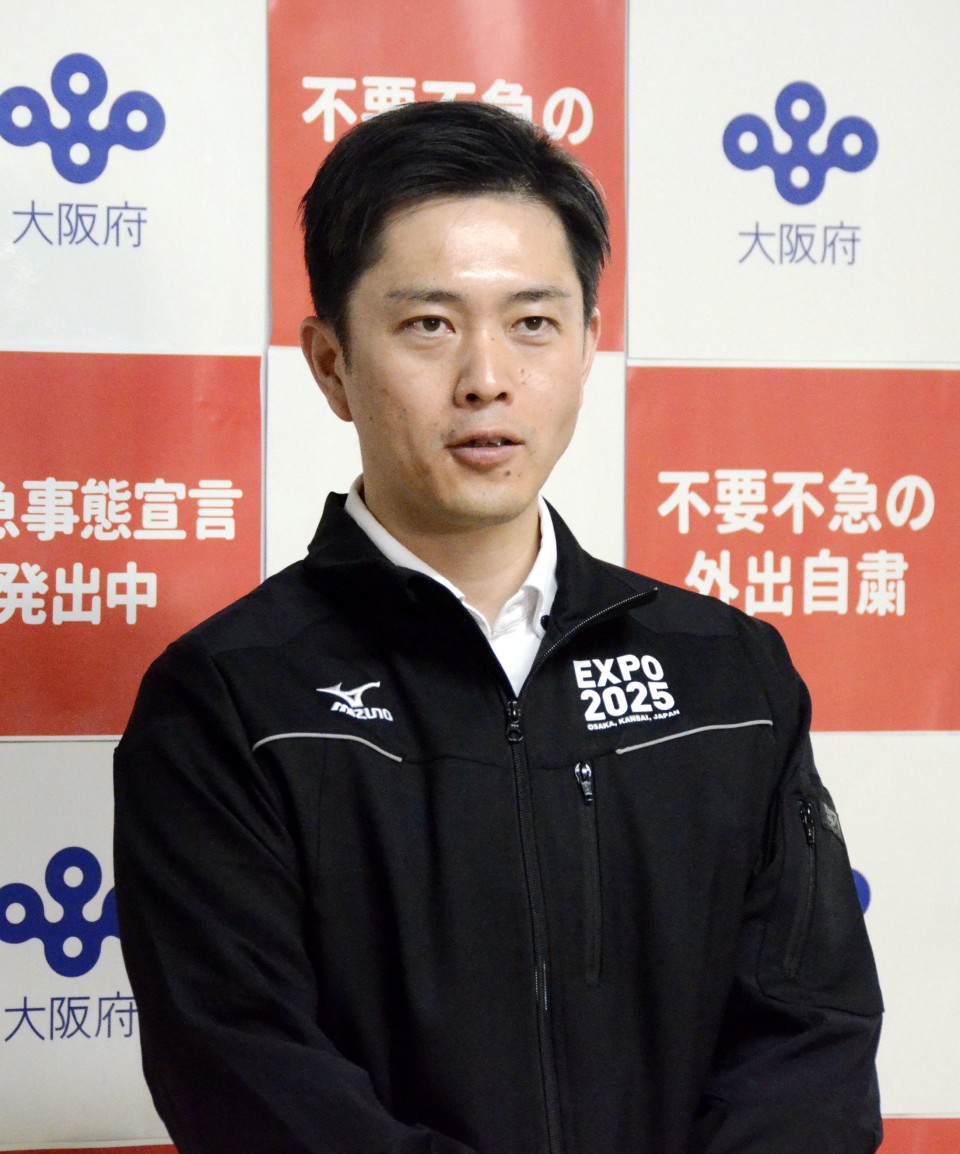 Osaka Gov. Hirofumi Yoshimura speaks to reporters at the Osaka prefectural government building on May 24, 2021. (Kyodo)

Osaka will finalize the plan in a meeting Tuesday based on the current state of the pandemic, taking into account the strain on the medical system. Hyogo will make a final decision later this week.

"The medical system is in a severe situation. We need to make a judgment after taking this into account," Osaka Gov. Hirofumi Yoshimura told reporters.

Osaka on Monday confirmed 216 new daily coronavirus cases, down from 274 logged the previous day. Despite the decrease, the occupancy rate of hospital beds for COVID-19 patients in serious condition remained high at a little over 80 percent.

Hyogo reported 86 infections on Monday, the first time the number fell below 100 in a month and a half, though the seven-day rolling average stood at 183.4. The occupancy rate for hospital beds was also high at 77.4 percent.

Hyogo Gov. Toshizo Ido indicated it would be difficult to end the emergency on the current expiration date.

"It would be far from saying the (state of emergency) declaration has borne fruit unless a seven-day rolling average stands far below 100," Ido said at a news conference.

The developments in the two western Japan prefectures came as state-run mass COVID-19 vaccination centers opened in Tokyo and Osaka to accelerate the country's inoculation program, with just two months remaining before the Olympics.