An American journalist who serves as managing editor of the news magazine Frontier Myanmar was detained Monday by security forces at an airport in Yangon, the news site operator said.

Danny Fenster was planning to fly to Kuala Lumpur on Monday morning when he was captured at the airport. It is not immediately known what charges the journalist is facing. 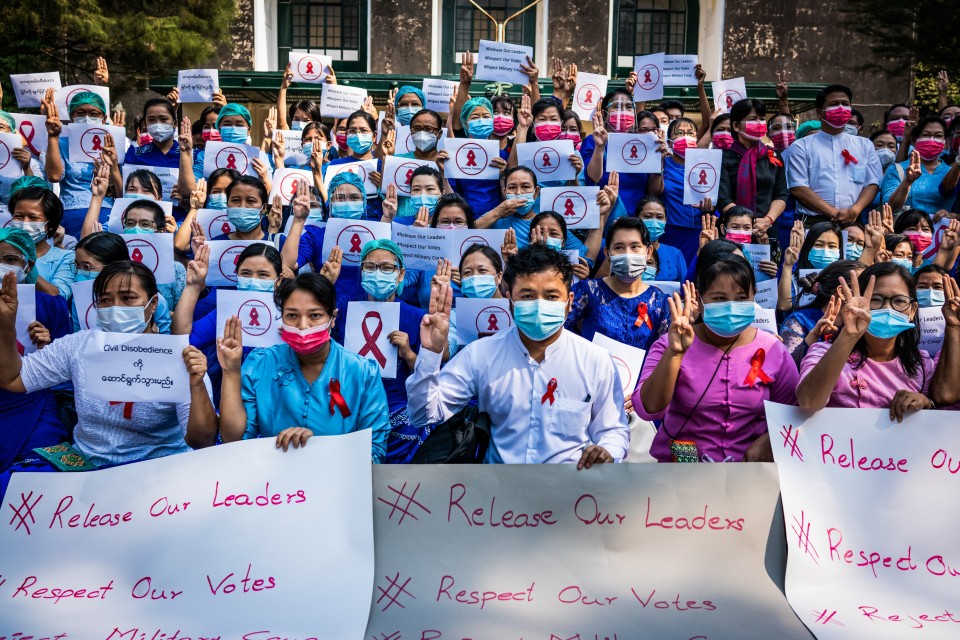 Yangon University teachers association members take part in a protest against the military coup on Feb. 5, 2021, in Yangon. (Getty/Kyodo)

The news site said Fenster is likely to have been sent to a prison in Yangon where political prisoners are held. Japanese freelance journalist Yuki Kitazumi had been sent there following his arrest on April 18 until he was released earlier this month.

Frontier Magazine, viewed as critical of the Myanmar junta which seized control of the country in a coup on Feb. 1, publishes news in English as well as Burmese.