Shohei Ohtani launched his first career home run over the famed Green Monster at Boston's Fenway Park, but the Los Angeles Angels came up short Friday in a tight 4-3 contest against the Red Sox.

Looking fresh after an off day on Thursday, the Angels' two-way star went deep in the sixth inning of the American League clash, sending a 1-1 breaking ball from Boston starter Nick Pivetta into the second row above the towering left field wall. 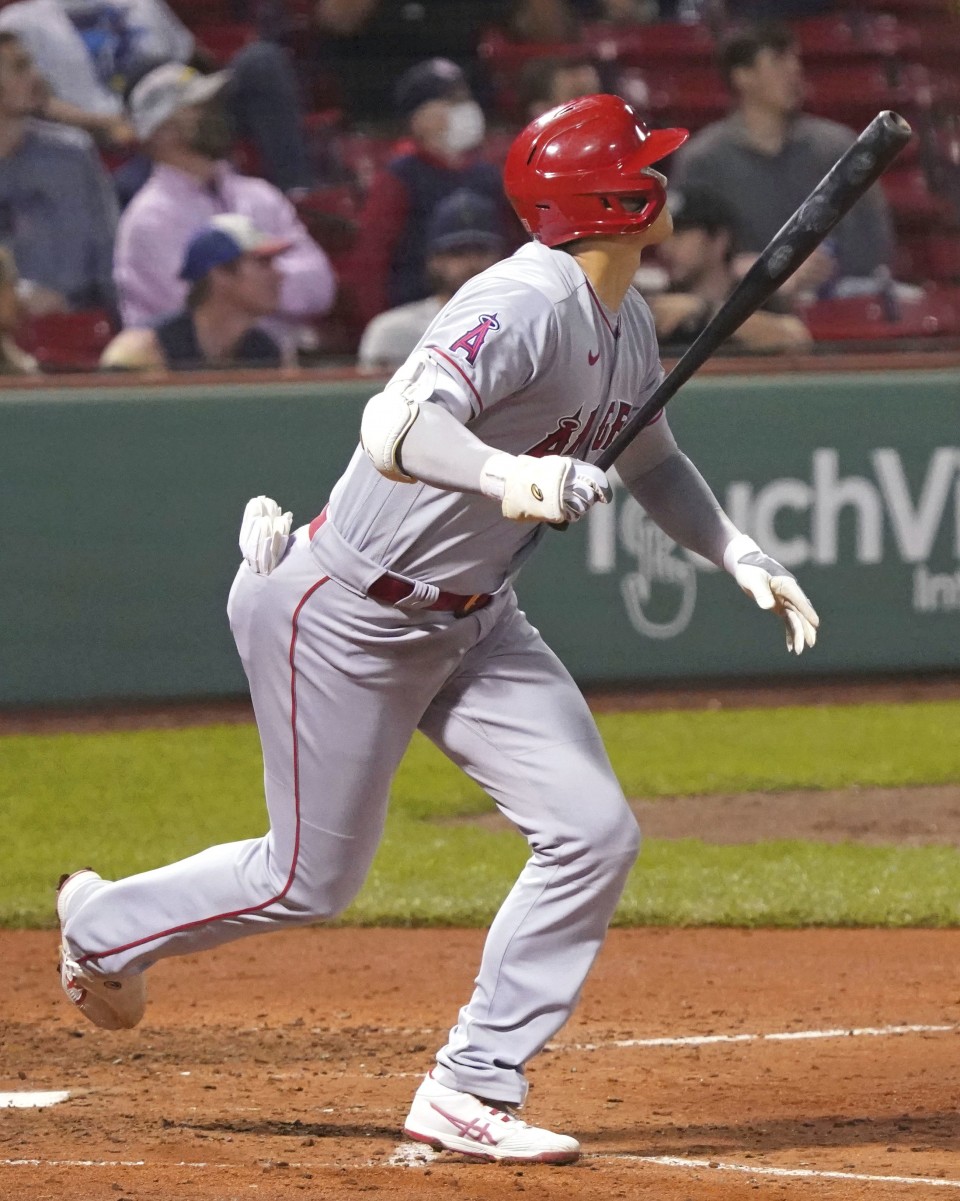 Shohei Ohtani of the Los Angeles Angels hits a solo home run in the sixth inning of the game against the Boston Red Sox at Fenway Park in Boston on May 14, 2021. (Kyodo) ==Kyodo

The giant solo shot to the opposite field was Ohtani's 11th home run of the season, tying him with Cleveland's Jose Ramiez for the AL lead and leaving him one homer behind Atlanta's Ronald Acuna Jr. for the major league lead.

Ohtani finished 2-for-4 with a double and the homer in the series opener. His next pitching start, originally scheduled for Tuesday, will come later in the week.

"It felt great to hit (a homer) in such a famous spot," Ohtani said. "It was fun and I thought it's an elegant and wonderful stadium."

While the homer was Ohtani's first at Fenway, he has batted strongly there in the past, hitting .381 (8-for-21) with three doubles and five RBIs in five game, according to MLB.com.

After the homer cut Boston's advantage to 2-1, the Halos took a 3-2 lead in the top of the seventh on Jose Iglesias' two-run double against former Angel Matt Andriese (2-2).

But the Red Sox went ahead for good in the bottom of the inning when lefty Tony Watson (1-1) surrendered a two-run homer to Bobby Dalbec.

Ohtani's home run is a positive sign he has shaken out of a mini-slump with the bat including an 0-for-4 outing Wednesday that prompted manager Joe Maddon to push back his next start.

The right-handed pitcher is coming off one of the best starts of his career, however, having struck out 10 and allowed one run over seven innings against the Houston Astros on Tuesday.

At Denver's Coors Field, Shogo Akiyama hit 2-for-4 and scored a run in his first multi-hit game of the season for the Cincinnati Reds, who lost 6-9 to the Colorado Rockies. 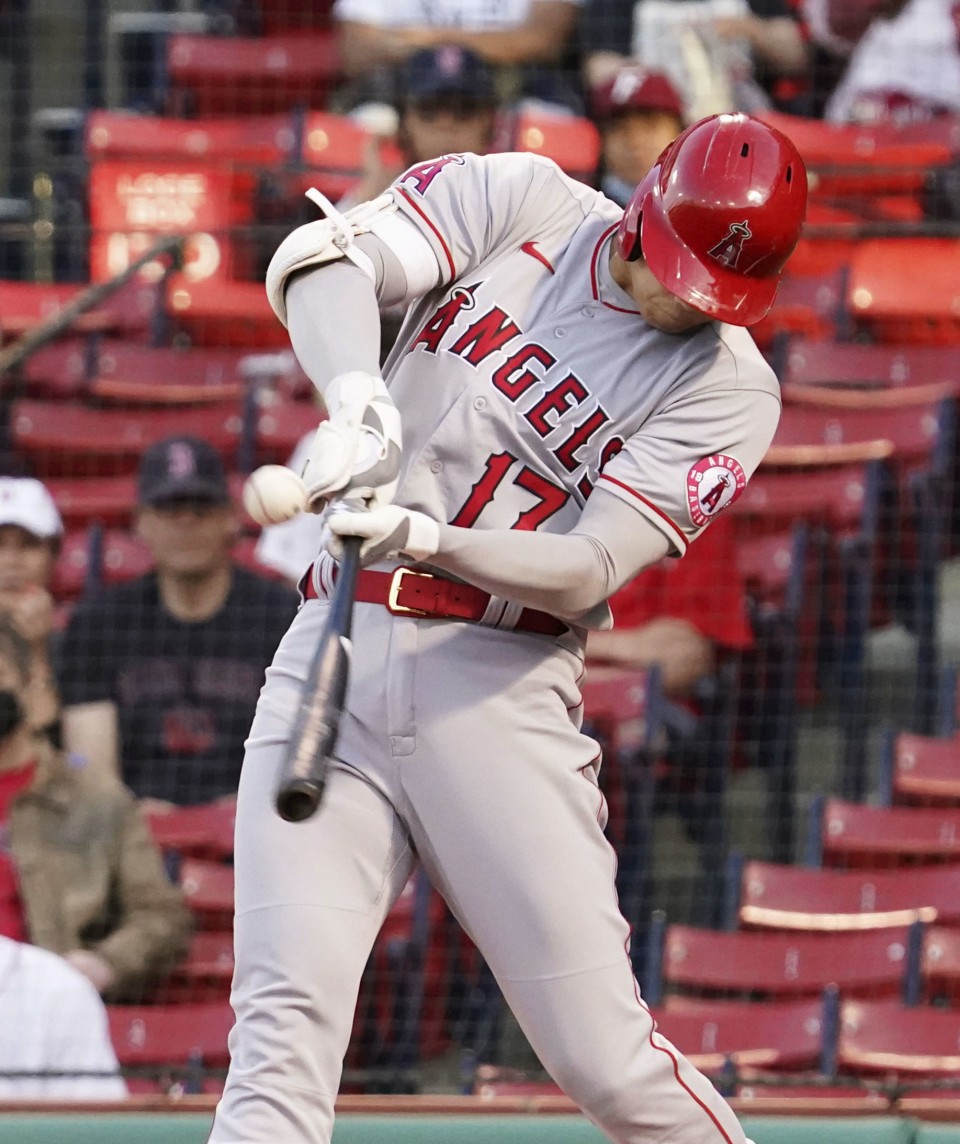 Shohei Ohtani of the Los Angeles Angels hits a double in the first inning of the game against the Boston Red Sox at Fenway Park in Boston on May 14, 2021. (Kyodo) ==Kyodo