The number of COVID-19 patients with severe symptoms in Japan hit a fresh record of 1,189, up 13 from the previous day, the health ministry said Wednesday, as the country extended and expanded the scope of a coronavirus emergency.

The state of emergency covering Tokyo, Osaka, Hyogo and Kyoto prefectures was originally scheduled to end Tuesday, but as the country struggles with its fourth wave of infections, it has been extended to May 31 with Fukuoka and Aichi prefectures newly added to its target areas. 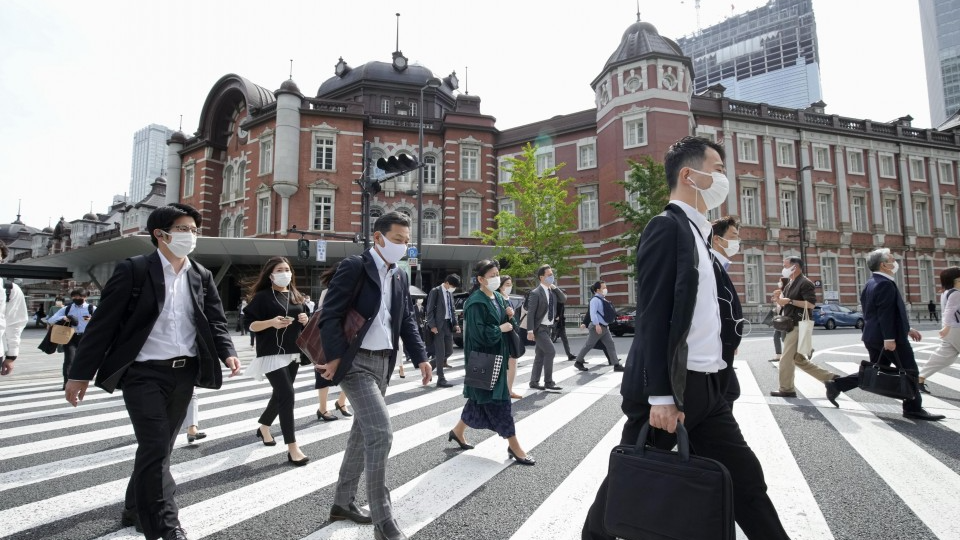 People wearing face masks walk in front of JR Tokyo Station on May 12, 2021, under a coronavirus state of emergency that was extended in the capital the same day amid a resurgence in infections. (Kyodo) ==Kyodo 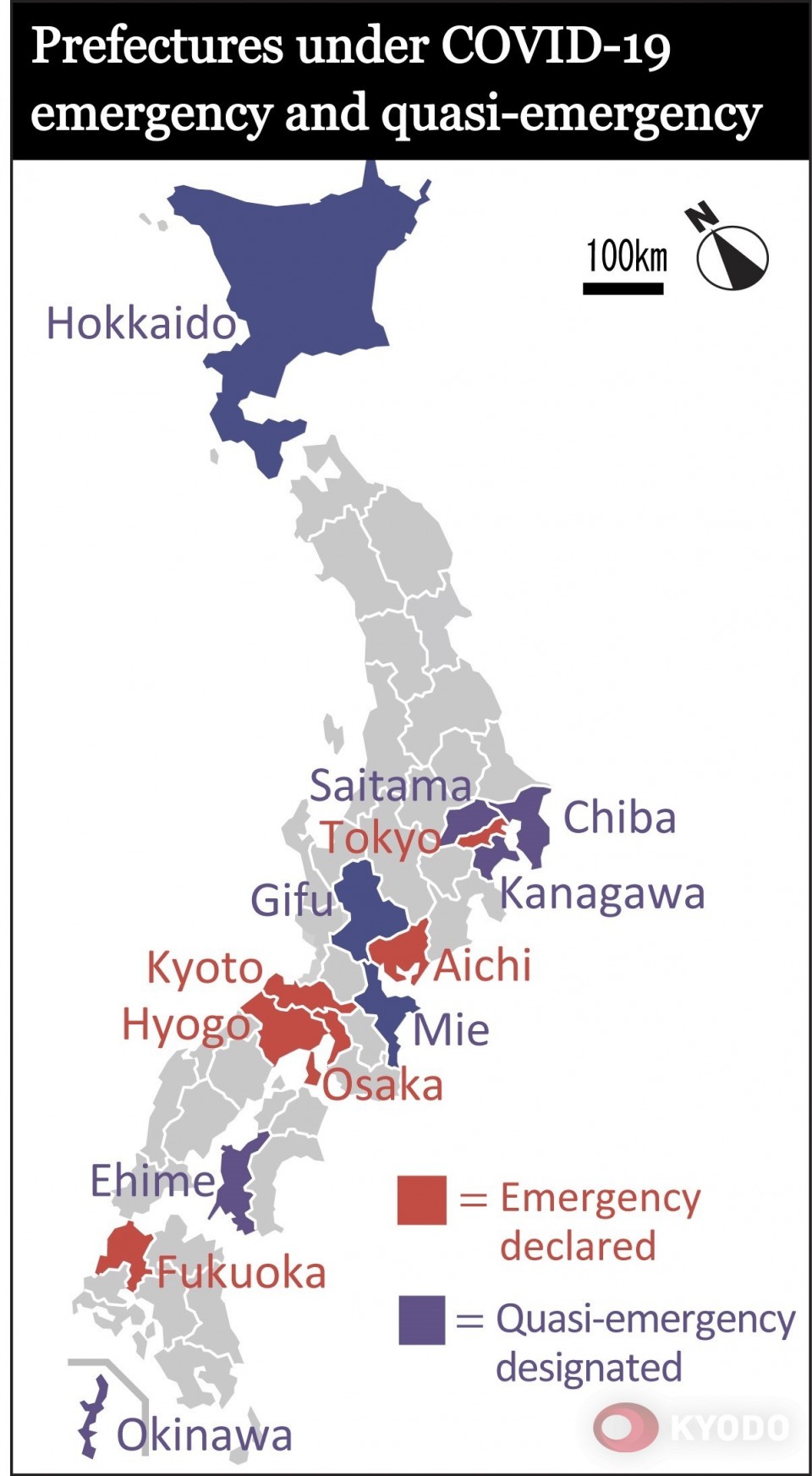 "Given the number of infections remains high even after the Golden Week holidays and a shortage of hospital beds, we have decided to take intensive measures for reducing contact between people," said Chief Cabinet Secretary Katsunobu Kato.

"We ask people to understand the situation and cooperate so that we can reduce the number of the infected and lift the state of emergency as soon as possible," the top government spokesman said at a regular news conference.

The number of COVID-19 patients with severe symptoms in Japan has stayed above 1,000 since April 30, according to the health ministry data.

Tokyo logged 969 new coronavirus cases on Wednesday, up from 925 confirmed the previous day, bringing the cumulative total in the capital to 149,061, the metropolitan government said.

Meanwhile, Osaka Prefecture reported 851 new infections alongside 50 deaths from the virus, the second-highest rate after 55 deaths were confirmed the previous day.

New infections confirmed Wednesday totaled 7,056 nationwide, the first time to exceed 7,000 since Saturday, with several prefectures including Fukuoka, Hiroshima and Aichi, among others, reporting a record number of cases.

Tokyo, Osaka, Fukuoka and Aichi are among six prefectures currently under Japan's third state of emergency over the pandemic to bring down infections and ease the strain on hospitals ahead of the Olympic and Paralympic Games this summer.

Under the emergency, restaurants and bars continue to be prohibited from serving alcohol or offering karaoke services and must close by 8 p.m., while businesses are encouraged to have employees work from home.

Department stores and some other large commercial facilities reopened, as the government eased restrictions on them from Wednesday to mitigate the impact on the economy, though they too are asked to close by 8 p.m.

A ban on spectators at sports games and concerts was replaced with a cap of 5,000 people, or 50 percent of a venue's capacity, with events being required to end by 9 p.m.

The government has also strengthened restrictions on Japanese nationals and foreign residents in the country arriving from India, where highly contagious coronavirus variants have been raging.