The game will be the first for the two teams since Japan beat Scotland 28-21 in their 2019 Rugby World Cup group stage match in Yokohama.

It will be the Brave Blossoms' second game this year against the Six Nations Championship teams it defeated two years ago in the World Cup following a July 3 test against Ireland in Dublin. Japan will also play the British and Irish Lions at Murrayfield on June 26.

Prior to their European trip, the Brave Blossoms will play Japan's Sunwolves at Ecopa Stadium in Shizuoka Prefecture on June 12. 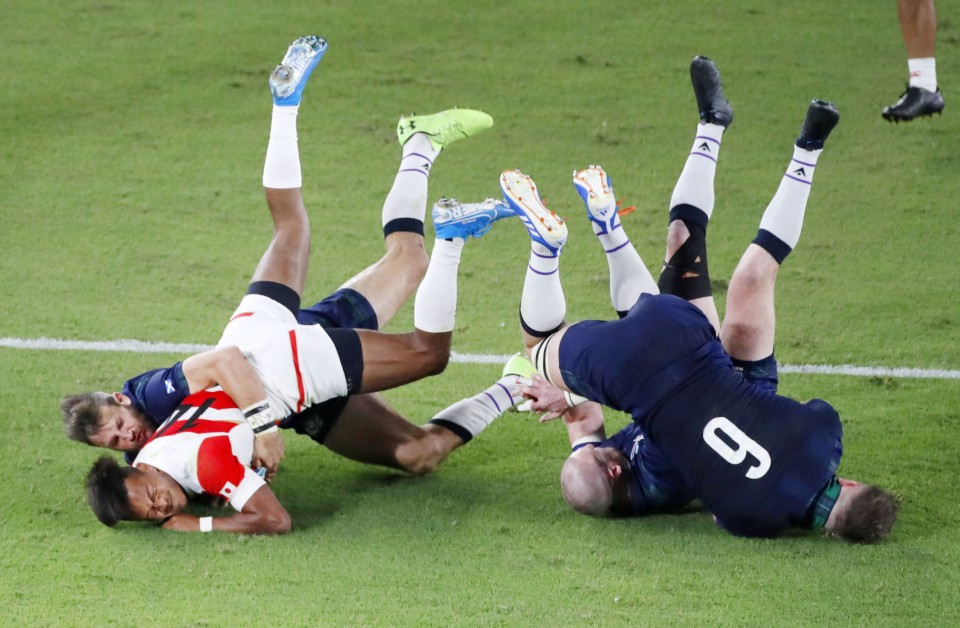 Japan's Kotaro Matsushima (bottom L) is tackled during a Rugby World Cup Pool A match against Scotland in Yokohama, near Tokyo, on Oct. 13, 2019. (Kyodo) ==Kyodo