Former New York Yankee Masahiro Tanaka toughed out six scoreless innings as he battled his control to earn his second straight win in the Rakuten Eagles' 3-0 Pacific League victory over the Lotte Marines on Saturday.

Tanaka (2-1) struck out six, walked a batter and hit a batter while scattering five hits at Sendai's Rakuten Seimei Miyagi Park in his third start since returning from the major leagues. Tanaka managed just one perfect inning in a 106-pitch outing. 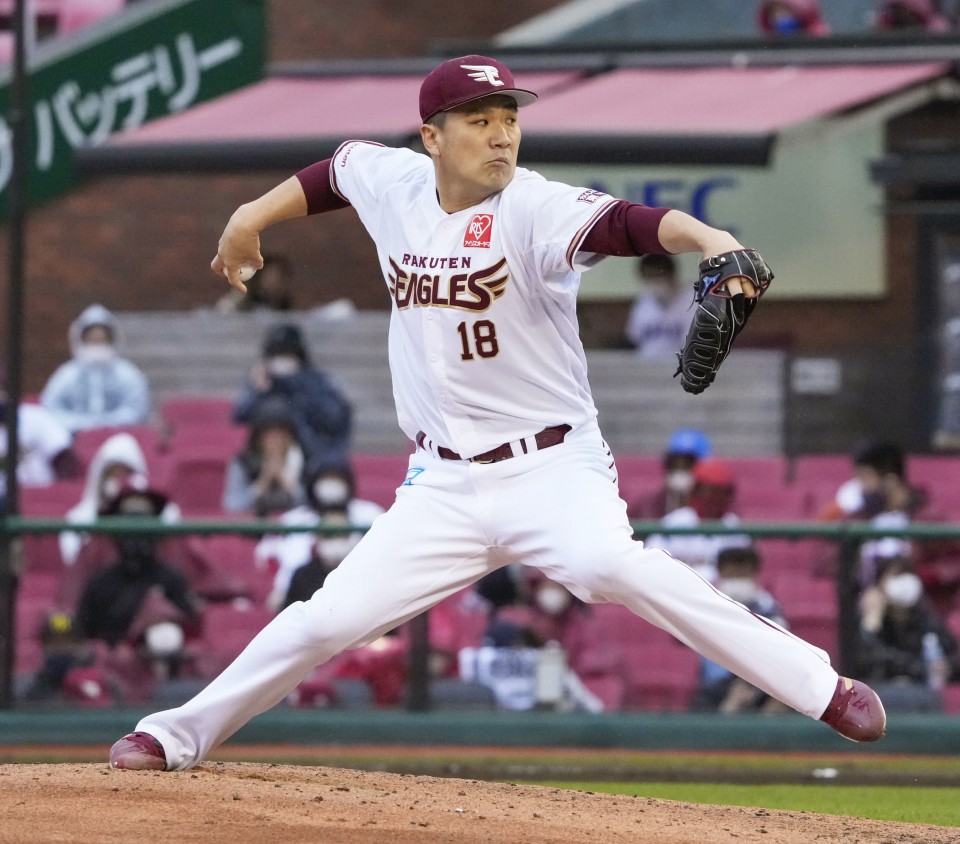 The Rakuten Eagles' Masahiro Tanaka pitches in a 3-0 Pacific League win over the Lotte Marines on May 1, 2021. Tanaka worked six scoreless innings to earn his second win. (Kyodo)

Right-hander Kota Futaki (1-2), the Marines Opening Day starter, gave up six hits and three walks while striking out four in his five innings on the mound.

He surrendered the lead on three third-inning singles, the third to the Eagles' batting star, Hideto Asamura.

"I feel a lot of pressure when Tanaka pitches, so I wanted to execute well on the batting side and I'm glad I could do that," he said.

Takero Okajima gave Tanaka some breathing room in the fourth inning, when his second home run of the season, a two-run shot, made it a 3-0 game.

Eagles right-handers Sung Chia-hao and Tomohito Sakai each worked out of trouble for one inning apiece before southpaw closer Yuki Matsui pitched the ninth and earned his seventh save.

At Osaka's Kyocera Dome, Nick Martinez (1-0) worked six innings to win his debut for the defending PL champion SoftBank Hawks in a 13-0 demolition of the Orix Buffaloes.