The president of the Tokyo Olympics' organizing committee suggested Friday that it will be difficult to decide on the number of spectators allowed at venues in the near future due to a prolonged struggle against the coronavirus.

Seiko Hashimoto, speaking at a press conference in Tokyo, touched on the difficulty of reaching a conclusion without monitoring infections in the coming weeks and before seeing how the government will deal with spectator limits after it ends the ongoing COVID-19 state of emergency in some areas. 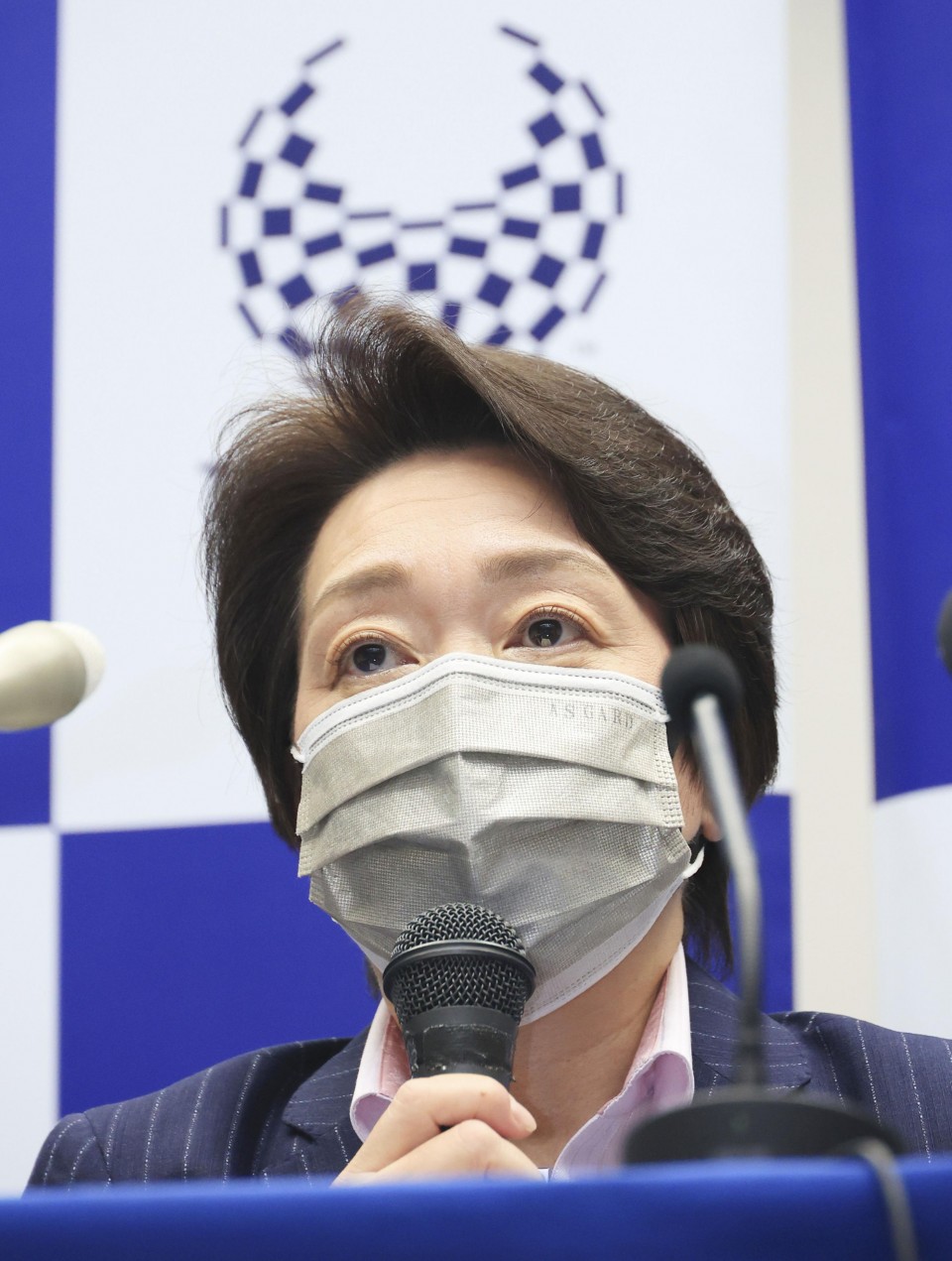 Seiko Hashimoto, president of the Tokyo Olympics' organizing committee, speaks at a press conference on May 28, 2021, in Tokyo. (Pool Photo)(Kyodo)

"What is important is to provide medical and scientific evidence for the games to be safe and secure, so we will ask for information from (people of) those fields and sufficiently draw a conclusion," Hashimoto said hours before the government's formal approval on another extension of the emergency by about three weeks to June 20.

The International Olympic Committee and the Japanese organizers agreed in March to bar spectators from overseas to prevent the Summer Games from turning into a global super-spreader event.

As for what to do with domestic spectators, they have delayed a decision until June because Tokyo, along with the Osaka region, was placed under the emergency in late April following the fourth wave of infections.

"The decision should be made as soon as possible," Hashimoto said, noting that there are many ticketholders in Japan who want to watch events, with the opening of the Olympics set for July 23.