The Soviet Union sought to settle a territorial dispute with Japan in 1972 by handing over two of four disputed islands off Hokkaido in response to improving China-Japan relations, declassified documents obtained by Kyodo News showed Sunday. 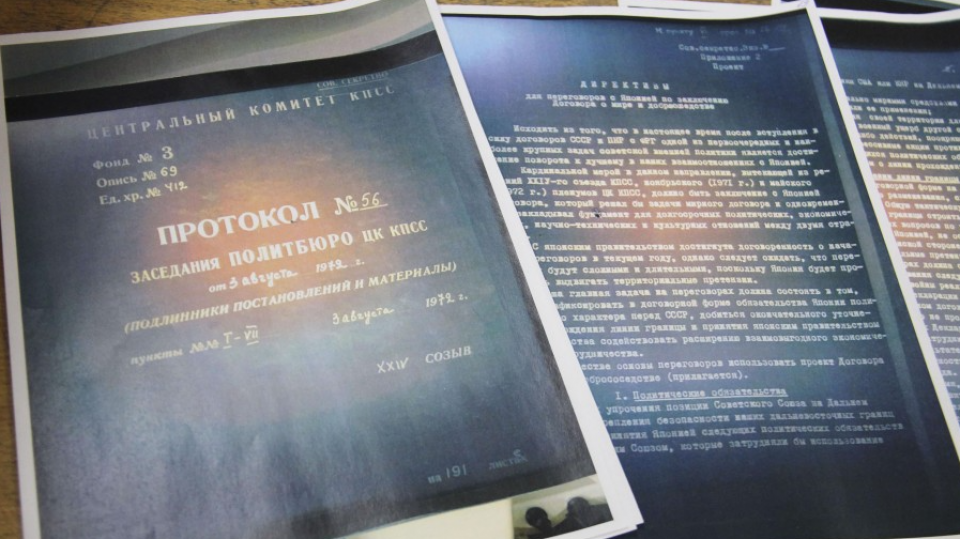 A series of formerly classified documents, including a draft peace treaty, were drawn up when the Political Bureau of the Central Committee of the Communist Party of the Soviet Union discussed measures to improve relations with Japan on Aug. 3, 1972.

However, Japan and the Soviet Union did not come to a compromise due to Tokyo's insistence on the return of all four islands.

The draft peace treaty was not presented during a visit by then Prime Minister Kakuei Tanaka to Moscow in October 1973, either.

The decades-long row over the islands, called the Northern Territories in Japan and the Southern Kurils in Russia, has prevented the two countries from signing a post-World War II peace treaty.

The 1956 Japan-Soviet Joint Declaration, which Russian President Vladimir Putin has repeatedly affirmed remains valid, says Russia will hand over Shikotan and the Habomai islet group after concluding a peace treaty with Japan.

According to the documents, the Soviet Foreign Ministry, the KGB state security agency and the Defense Ministry warned of China's intention to complicate any improvement of relations between Japan and the Soviet Union as Beijing rushed to normalize diplomatic ties with Tokyo.

The Politburo, seeing the signing of a peace treaty with Japan as one of the top priorities of its diplomatic agenda, adopted a negotiation strategy on the basis of a return of the two smaller islets.

The Politburo, however, agreed it would reject a Japanese demand for the return of two larger islands of Kunashiri and Etorofu. 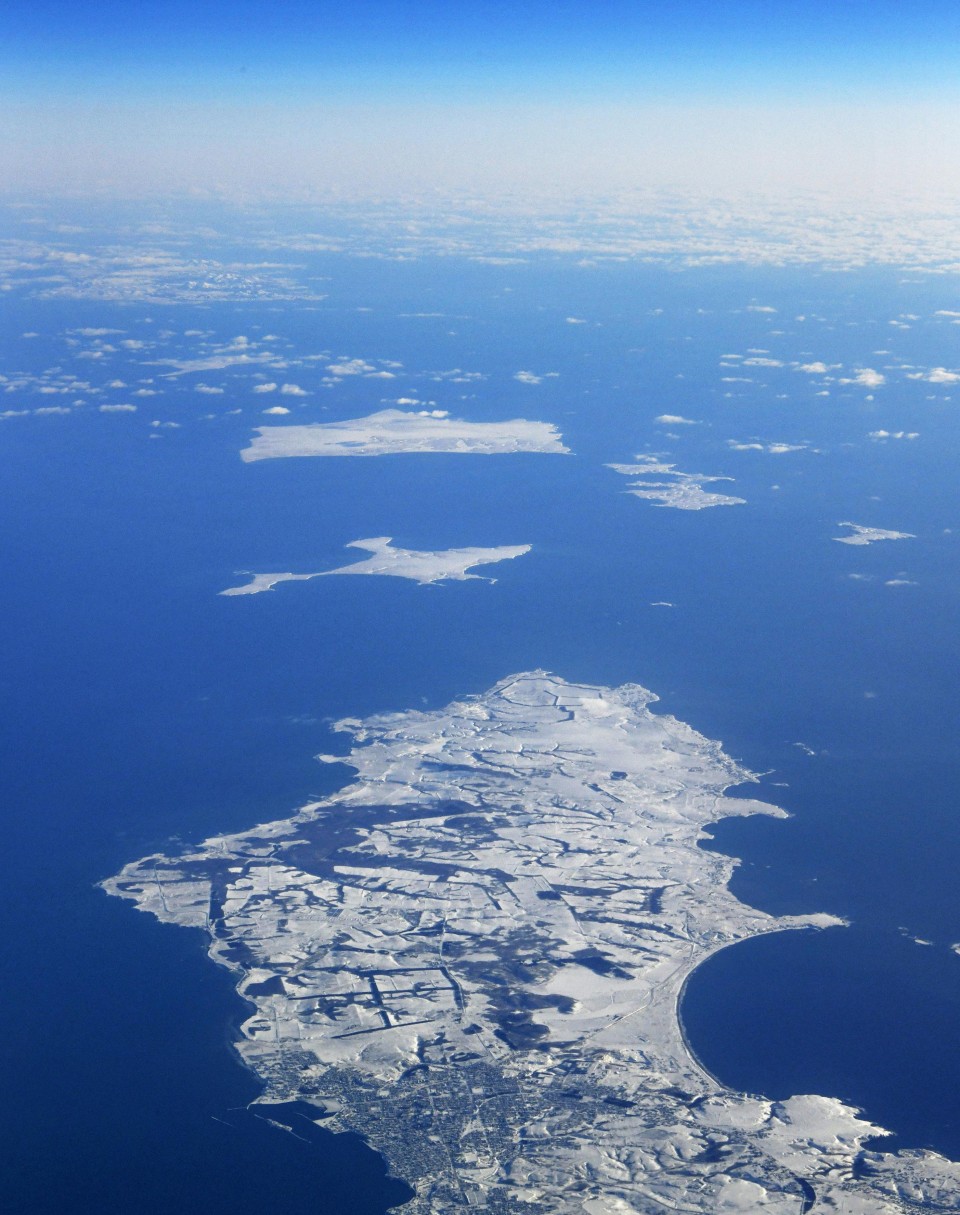 Photo taken Jan. 30, 2019, from a Kyodo News airplane shows Russian-held, Japanese-claimed islands off Japan's northernmost main island of Hokkaido. Seen in the center is the Habomai islet group, with Shikotan above. (Kyodo) ==Kyodo

The documents showed the Soviet Union clearly recognized the need to demarcate a border with Japan through a peace treaty.

Staying vigilant of the Japan-U.S. alliance, the Soviets demanded a guarantee from Japan and U.S. forces stationed in the country that they will not attack in return for handing over Shikotan and the Habomais.

The draft peace treaty prohibited both parties from intimidation by actual use of force, as well as letting others use their territories for acts that would cause military damage to either.

The draft demanded that Japan permanently demilitarize the two islands once returned, and that the two sides make no more claims on each other's territories in the future.

The Politburo, however, hardened its stance two months before Tanaka's 1973 trip to Moscow.

In a meeting on Aug. 16 that year, the Politburo discussed plans for Tanaka's visit and the Foreign Ministry reported that Japan's stance on the return of the four islands had not changed.

During Tanaka's visit, the Soviet Union did not present the two-island settlement plan, nor even acknowledge the existence of the territorial dispute.