A test event for this summer's Tokyo Games, the race took place in cool and windy conditions on a shortened version of the Olympic course. Organizers scaled down the event due to the coronavirus pandemic, asking people not to spectate from the roadside and canceling a 10-kilometer race open to the public.

Ichiyama said she had been determined to get results and her win in 1 hour, 8 minutes, 28 seconds came as a relief. 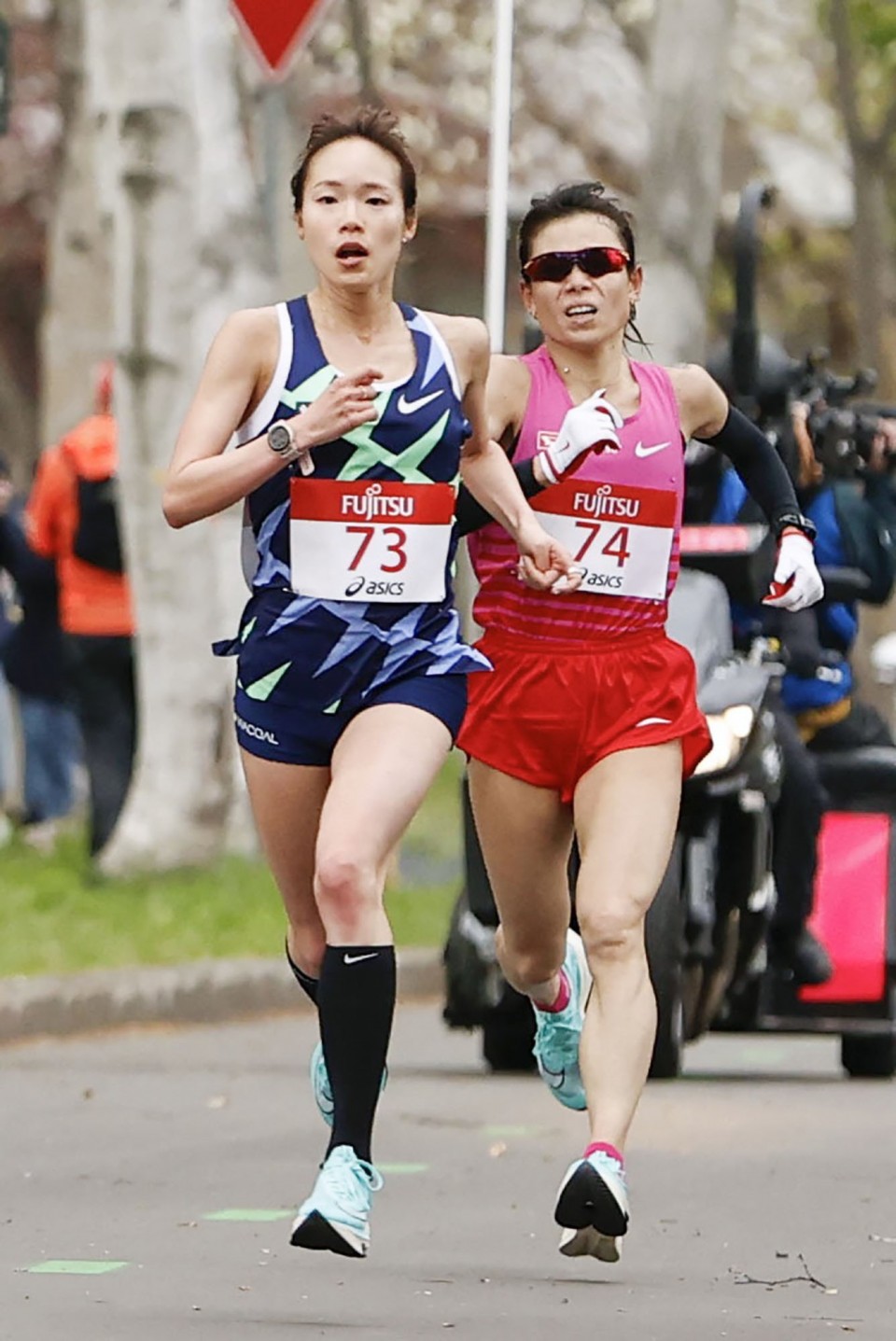 Mao Ichiyama (73) and Mizuki Matsuda (74) compete in a half-marathon race being held amid the coronavirus pandemic at the venue of the Tokyo Olympics marathon in Sapporo on May 5, 2021. (Kyodo)

"There were parts where things got hard, but the wind was at my back, so all in all I felt good. I wanted to set a personal best as well as win, so I was able to gut it out," she said

Hillary Kipkoech of Kenya won the men's portion in 1 hour, 46 seconds, while Japan Olympic team member Yuma Hattori, who said his priority was scouting the course rather than winning, finished 24th in 1 hour, 2 minutes, 59 seconds.

"I was able to stay with the flow of the race. Running with others gives you a feel for how the pace will play out, something you don't get from a test run by yourself. Being able to compete three months beforehand is a confidence booster, and I'll keep preparing for the big day on Aug. 8," Hattori said.

Fellow Japan Olympic team member Shogo Nakamura pulled out of the race four days earlier due to slight pain on the bridge of his left foot, while Suguru Osako did not enter.

The Olympic course, which was moved to the capital of the northern island of Hokkaido due to concerns over Tokyo's blistering heat, is a loop, starting and ending in Sapporo Odori Park while running across the Toyohira River and through the historic Hokkaido University campus.

Japan's travel restrictions limited the overseas contingent to just a handful of runners under strict guidelines for daily testing and transportation.