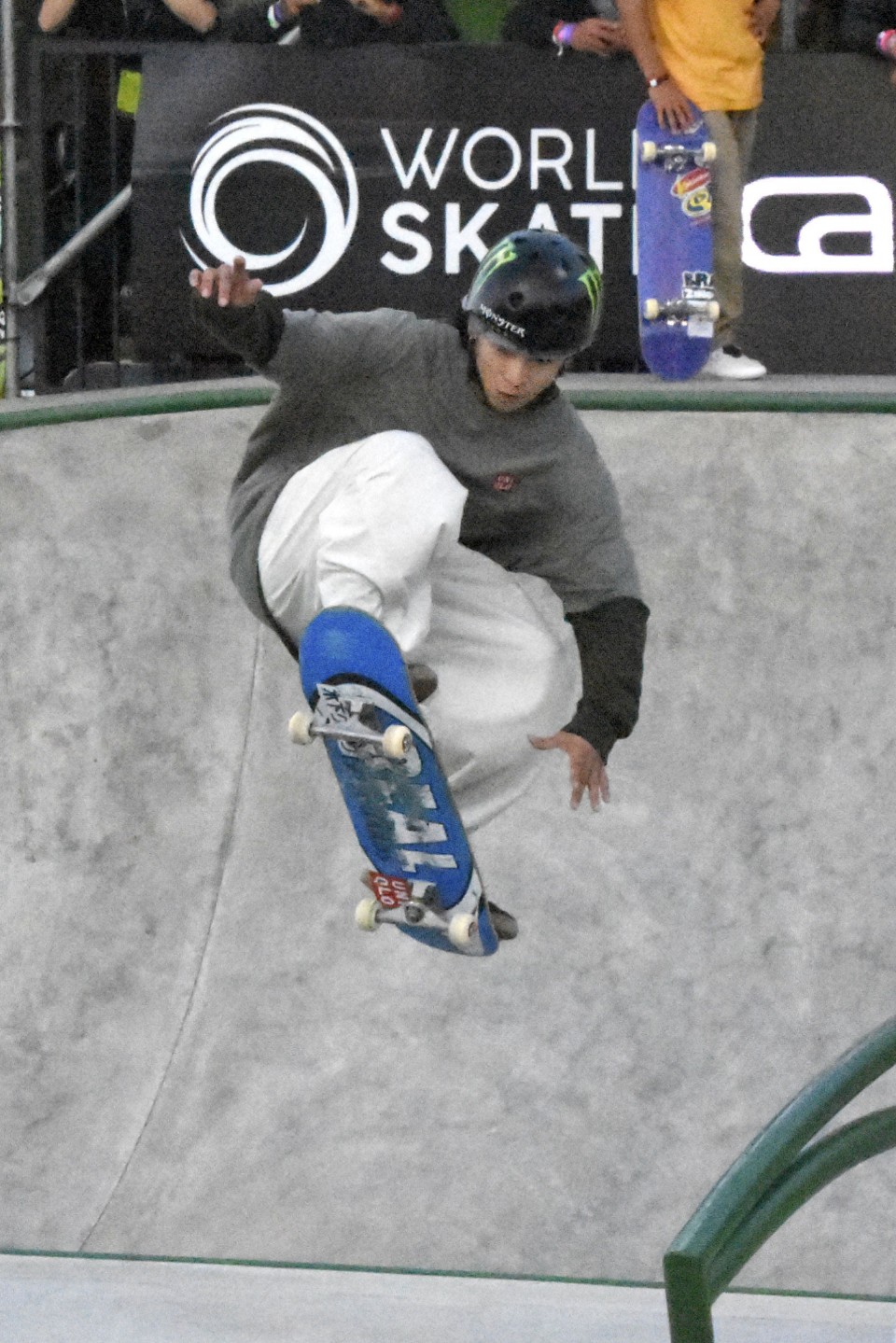 Skateboarder Ayumu Hirano is pictured in action at a Dew Tour event in Des Moines, Iowa on May 21, 2021. (Kyodo)

Despite finishing 26th, the 22-year-old maintained his lead in the qualifying rankings for Japan's lone host nation spot after Yuro Nagahara was 30th and Kensuke Sasaoka 49th. The rankings are from qualifying results since 2019.

Out of the 20 available spots in each of four skateboarding events -- men's and women's park and street -- one berth is reserved for Japan as host.

After winning his second straight Olympic men's snowboard halfpipe silver in 2018, Hirano expressed a desire to make a run at skateboarding in the sport's Olympic debut in Tokyo.

This February, Hirano made a winning return to competitive snowboarding by claiming the men's halfpipe crown at the Aspen Snowmass Open in Colorado, a stop on the U.S. Revolution Tour. It was his first snowboard competition since the 2018 Olympics in Pyeongchang, South Korea.