The Japanese government on Friday extended the COVID-19 state of emergency in Tokyo, Osaka and seven other prefectures by three weeks to June 20 -- just over a month before the Olympics begin in the capital -- as the pace of decline in infections remains slow.

Restrictions such as a ban on restaurants serving alcohol or offering karaoke services and requiring them to close by 8 p.m. as well as a cap on attendance at sports events and concerts will stay in effect beyond the previous end date of May 31. 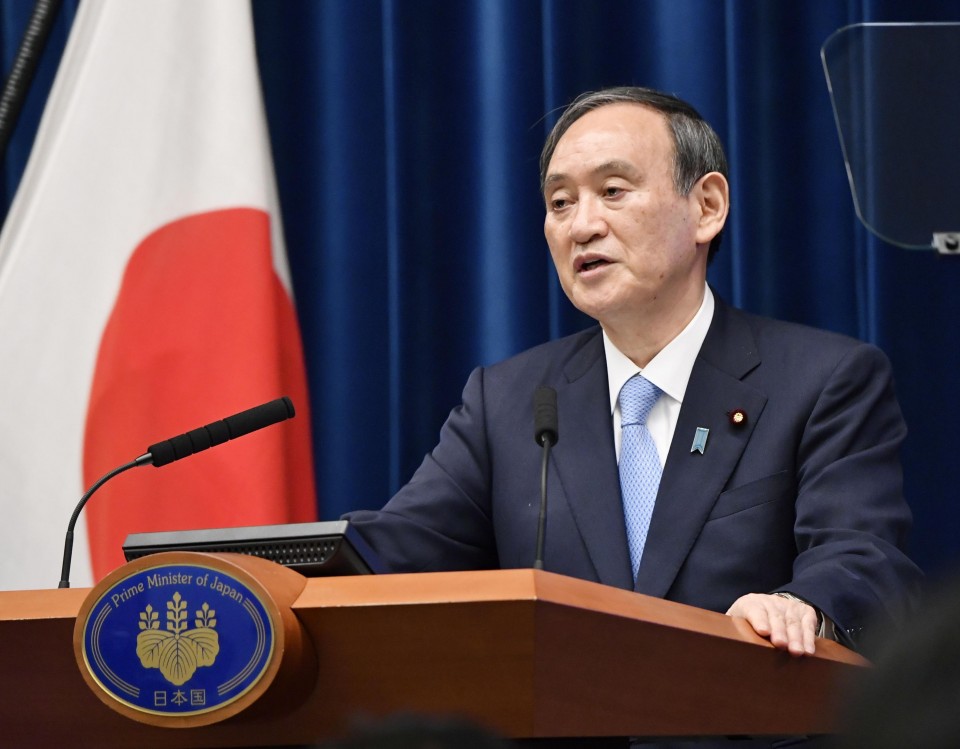 Japanese Prime Minister Yoshihide Suga speaks at a press conference in Tokyo on May 28, 2021. (Kyodo)

The seven prefectures are Hokkaido, Aichi, Kyoto, Hyogo, Okayama, Hiroshima and Fukuoka. Okinawa, the 10th and most recent addition to the state of emergency, is already under the measure until June 20. The areas account for half of Japan's economy and a little more than 40 percent of its population of 126 million.

"New coronavirus cases have been declining nationwide since mid-May, but the situation remains highly unpredictable," Prime Minister Yoshihide Suga said at a task force meeting after formalizing the decision.

Yasutoshi Nishimura, the minister in charge of the coronavirus response, told an expert panel in the morning it is necessary to bring infections down to a "manageable level so that we don't see a large rebound down the road."

The restrictions include asking major commercial facilities such as department stores and movie theaters to close by 8 p.m. and limiting attendance at large events to 5,000 people or 50 percent of venue capacity, though governors can take stronger steps if they deem it necessary.

Over the last several days, prefectural leaders have been urging the government to extend the emergency, with Tokyo Gov. Yuriko Koike calling for an additional month.

Nationwide infections have been falling in recent weeks, with 3,708 new cases reported on Friday, down from more than 7,200 at the peak of Japan's fourth wave.

But the decline has been slow in areas including the capital, where tens of thousands of athletes, officials and journalists are slated to visit for the Olympics, due to start on July 23, and Paralympics.

Opposition to going ahead with the games during a global pandemic remains high in Japan, with 59.7 percent of respondents in a Kyodo News poll this month saying they should be canceled.

At a press conference in the evening, Suga sidestepped questions of whether the Olympics can be held under a state of emergency, saying only that the government will "carry on with preparations while listening to a range of opinions."

June 20 appears to have been set as the new expiration date for the state of emergency at least partly out of consideration for a deadline at the end of that month to decide how many domestic spectators to allow at the Summer Games. Overseas fans will not be allowed.

Spectators can be allowed without much risk, Suga said, noting that professional baseball and soccer games are currently being held with the attendance caps.

Suga, meanwhile, promised to take steps to prevent the virus from spreading, including keeping athletes and staff from coming in direct contact with the public and testing them regularly.

"I'm aware many people are anxious or worried," he said. "Taking those concerns seriously, we will continue working toward a safe and secure games."

Hospitals in Osaka and neighboring Hyogo continue to struggle to free up beds for COVID-19 patients, while infections in Okinawa, a popular resort area, are rising sharply following an influx of tourists during the Golden Week holidays.

Concerns are also growing about the highly contagious Indian variant of the virus, which health experts warn could quickly become the dominant strain in Japan.

The country's vaccination program has lagged far behind other developed nations, with just 6 percent of its population having received at least one dose.

Suga said he expects to secure more medical professionals to administer shots, enabling the rollout to ramp up to 1 million doses per day after mid-June. 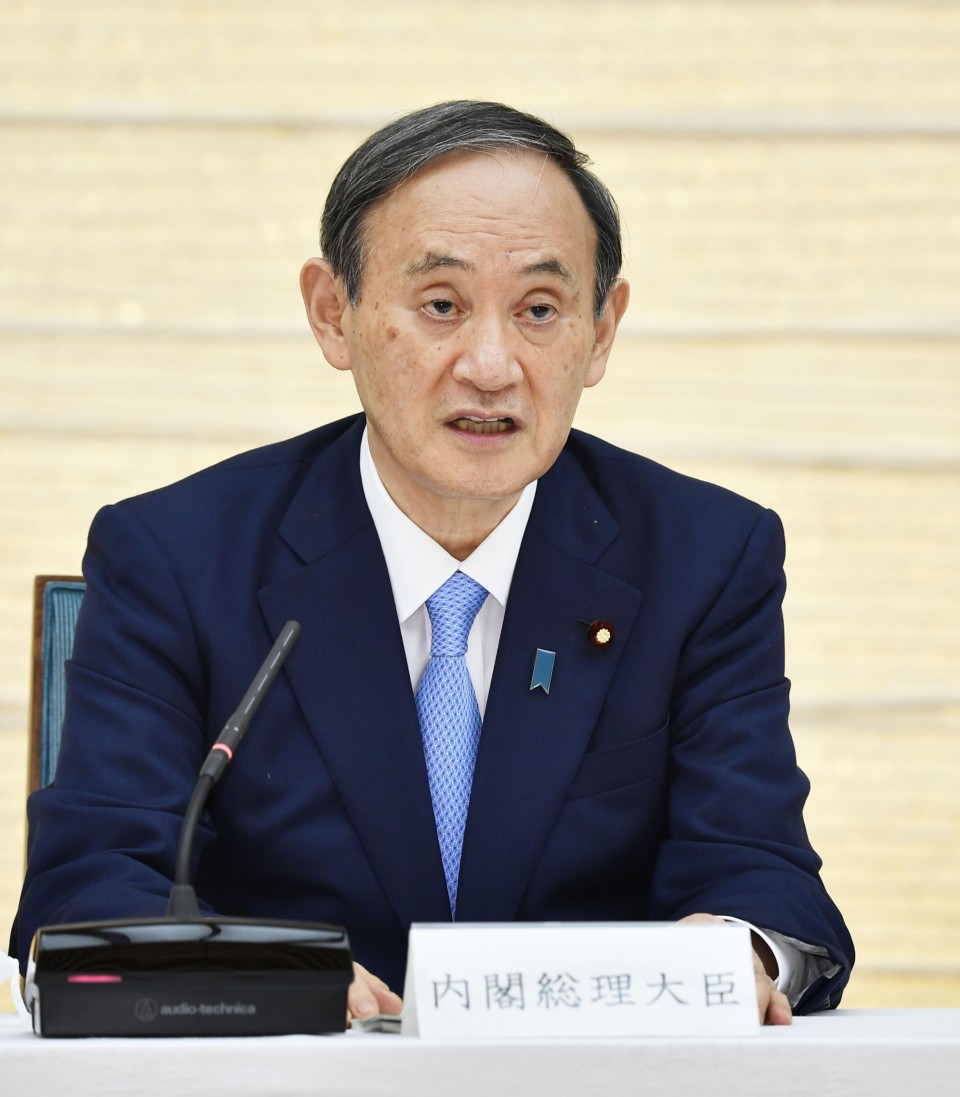 Prime Minister Yoshihide Suga speaks at a COVID-19 task force meeting on May 28, 2021, at his office in Tokyo. (Kyodo)

Some municipalities will begin inoculating people with underlying conditions in June and all people aged 65 or older will be fully vaccinated by the end of July, he reiterated.

The state of emergency has been in place in Tokyo, Osaka, Kyoto and Hyogo since April 25, with an initial end date of May 11. Aichi and Fukuoka joined on May 12, followed by Hokkaido, Okayama and Hiroshima on May 16 and Okinawa on May 23.

The government also extended the quasi-emergency set to expire at the end of May in five prefectures -- Saitama, Chiba, Kanagawa, Gifu and Mie -- to June 20, while maintaining the June 13 end date for Gunma, Ishikawa and Kumamoto.

The measure entails similar restrictions to the state of emergency but with smaller penalties and allows governors to target municipalities rather than entire prefectures.