Okinawa marked the 49th anniversary of its reversion to Japan from U.S. control on Saturday, with a rally against the continued U.S. military presence on the southern island prefecture limited by the coronavirus pandemic.

Okinawa remained under U.S. rule until 1972 even after Japan regained sovereignty in 1952 following its defeat in World War II. 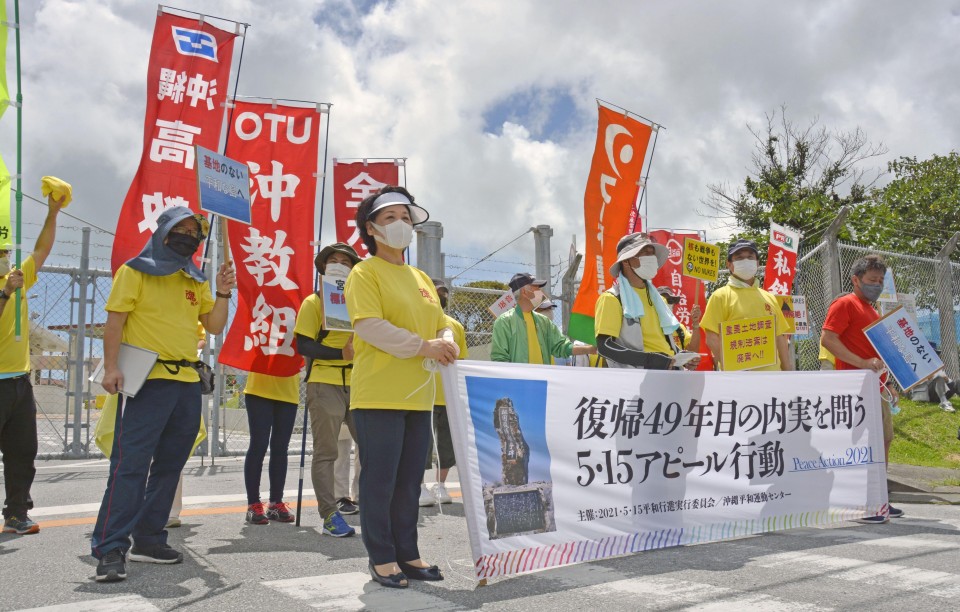 Protestors rally in front of U.S. Marine Corps' Camp Foster in Kitanakagusuku, Okinawa Prefecture, on May 15, 2021.

The prefecture constitutes around 0.6 percent of Japan's total land area, but still hosts 70 percent of the total acreage exclusively used by U.S. military facilities in Japan, leading to continued protests.

The customary "Peace March" was canceled this year, like last year, to prevent the spread of the novel coronavirus. The pandemic also restricted the number of people who joined the rally in front of the Marine Corps' Camp Foster.

"This island is about to be at the forefront of a war. We will never allow Okinawa to become prey to war again," Hiroji Yamashiro, who heads a local opposition group, told the rally, referring to growing tensions between the United States and China in the region.

A land reclamation project has continued for the planned relocation of U.S. Marine Corps Air Station Futenma from the crowded residential area of Ginowan to the less densely populated coastal district of Henoko, in Nago, despite strong local opposition. 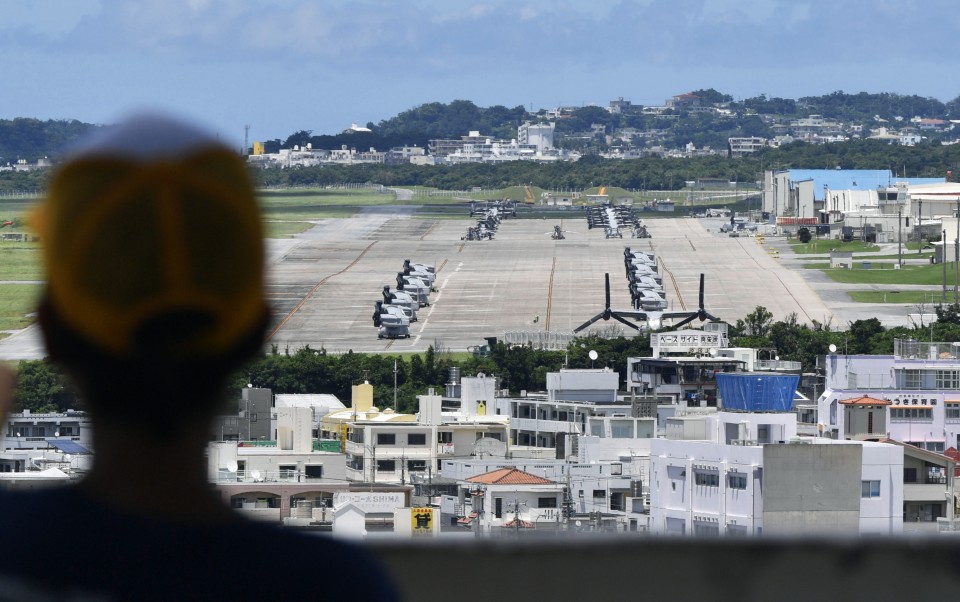