Mizuho Financial Group Inc. said Monday the hardware that failed and caused a delay in foreign currency-denominated remittances in mid-March was provided by Hitachi Ltd. as it seeks to get to the bottom of one of the four system glitches in just two weeks.

Speaking at a press conference, Mizuho Financial Group President and Group CEO Tatsufumi Sakai said the primary responsibility lies with the group for the system failures, including the March 11 to 12 incident involving Hitachi's hardware. He sought cooperation from the Japanese industrial conglomerate in preventing a recurrence. 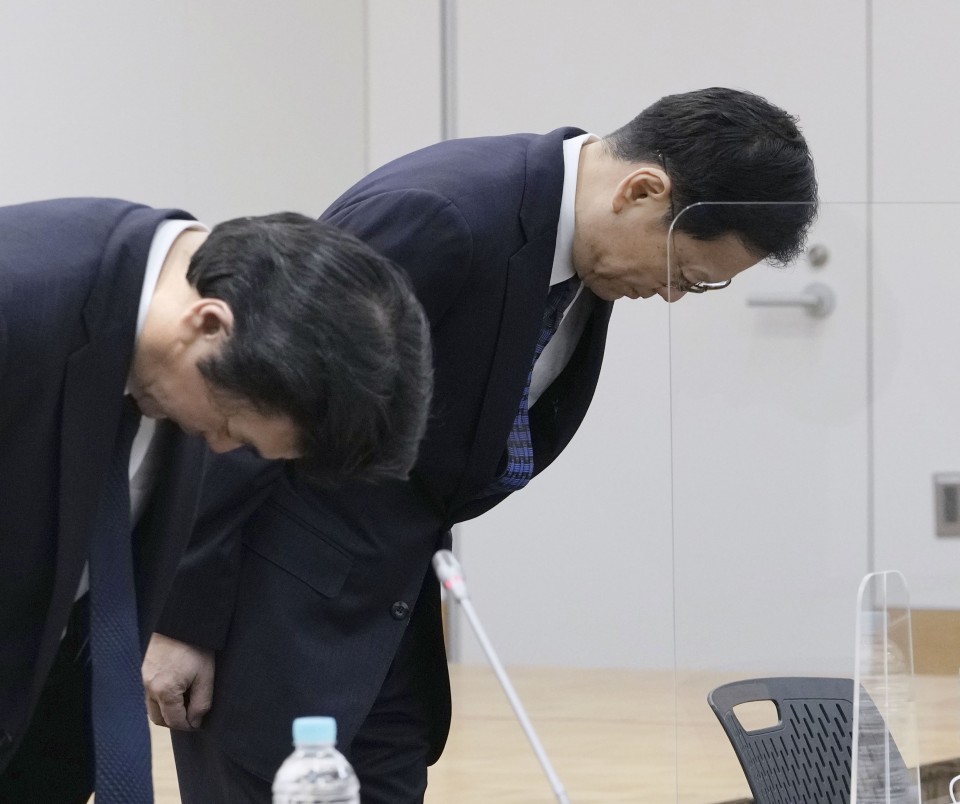 Asked about the possibility of Mizuho seeking damages from Hitachi, Sakai only said his company will deal with the issue appropriately in line with the contract.

Hitachi also acknowledged separately that its equipment was involved in the incident and vowed to cooperate in Mizuho's investigation into the matter.

"The system failures have caused great inconvenience and worries. We will have to make utmost efforts to win back trust in the group," Sakai said at the press conference in Tokyo.

Mizuho announced a series of steps that have been or will be implemented to prevent future failures, such as enhancing monitoring and replacing or improving hardware.

The spate of glitches between Feb. 28 and March 12 has undermined confidence in Mizuho Bank, one of the country's three megabanks, following large-scale system failures in 2002 and 2011.

Mizuho has set up a third party panel of experts to look into the system failures that made thousands of automated teller machines nationwide temporarily unavailable and delayed 263 foreign currency-denominated remittances to other banks in Japan for corporate customers by hours.

On Feb. 28, Mizuho Bank's systems were overwhelmed when updating the status of fixed deposit accounts and processing other transactions.

Around 80 percent of Mizuho's ATMs in operation, or 4,318, were temporarily suspended while 5,244 bank cards and books were stuck in the machines. Mizuho has made modifications so that such cards and books will not stay inside and will be returned.

Mizuho has reported its findings to Japan's financial watchdog, the Financial Services Agency, which is considering taking administrative measures such as a business improvement order.