ASEAN leaders held a special meeting on the Myanmar crisis on Saturday in which they called for an immediate end to the violence against protesters in the country and for special envoys to be sent to push for inclusive dialogue there.

The in-person summit in the Indonesian capital of the 10-member Association of Southeast Asian Nations also included Senior Gen. Min Aung Hlaing, Myanmar's military leader who sparked the ongoing crisis in the member country by staging a coup in February. 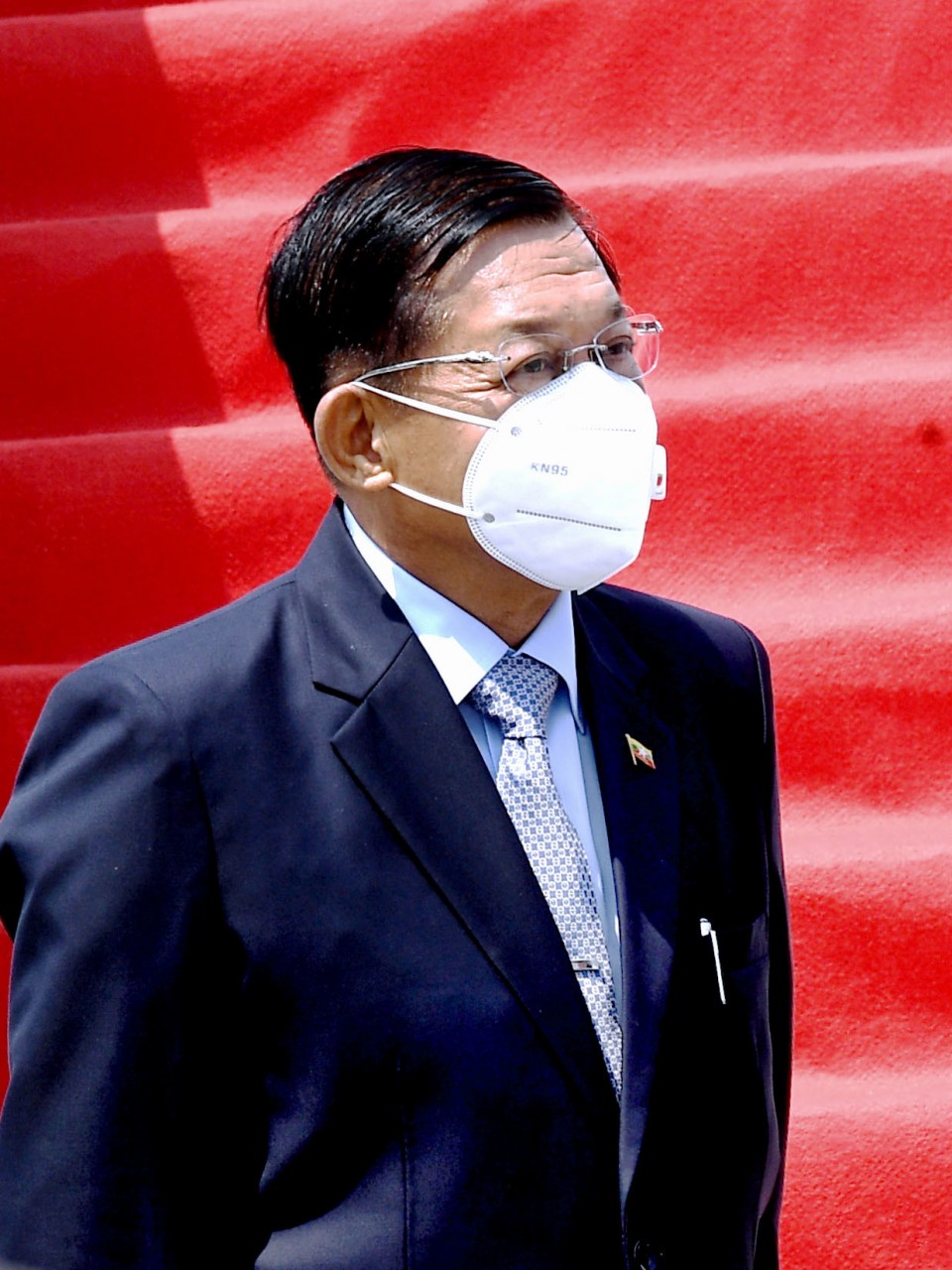 The meeting was held amid a sense of urgency within the regional bloc as more than 730 anti-coup protesters and others have reportedly been killed by Myanmar's security forces since the military ousted the civilian government led by Aung San Suu Kyi in the Feb. 1 coup.

At the meeting, the leaders reached a "five-point consensus," including the need for an immediate end to violence, humanitarian assistance from ASEAN and the dispatch of an ASEAN special envoy to meet with "all parties concerned," according to the chairman's statement released late Saturday.

But the statement showed the leaders did not reach a consensus on calling for the release of Suu Kyi and other political leaders detained by the military following the coup.

"There is an echo of distress among ASEAN member states to learn, on a daily basis, what is unfolding in Myanmar," Malaysian Prime Minister Muhyiddin Yassin told other ASEAN leaders and the junta leader at the meeting. "Many around the world want an explanation and we are finding it increasingly tough to explain."

Indonesian President Joko Widodo told reporters after the meeting that in a push for a dialogue that includes all stakeholders, ASEAN leaders reached a consensus on sending special envoys -- the ASEAN secretary general and chair of the regional bloc -- to Myanmar.

The president also said he called for the Myanmar military to accept humanitarian assistance.

Singapore Prime Minister Lee Hsien Loong told reporters that the general signaled he is open to accepting the leaders' proposals, such as the dispatch of special envoys. "He said he heard us," Lee said.

"He was not opposed to ASEAN playing a constructive role, or an ASEAN delegation visit, or humanitarian assistance," the prime minister added.

Muhyiddin, whose country has been vocal about the Myanmar situation along with Indonesia and Singapore, stressed in the meeting that ASEAN's non-interference principle "is not for us to hide behind. It cannot be a reason for our inaction."

The junta leader's attendance at the summit has drawn strong objections from protesters in Myanmar as it gives the impression ASEAN members accept him as the nation's rightful representative.

A parallel government launched by pro-democracy forces in Myanmar that calls itself the National Unity Government had also requested to participate in Saturday's summit.

For the general, it marked his first trip abroad since the coup.

Most of the ASEAN leaders attended the special summit, which was first proposed by the Indonesian president in March. But the leaders of the Philippines and Thailand skipped the event to deal with the coronavirus pandemic, with the leader of Laos also opting to stay away.

As the summit was getting under way at the ASEAN Secretariat under tight security, dozens of protesters tried to approach the compound, but they were pushed back to a nearby university campus.

Protesters also opposed the attendance of Min Aung Hlaing, who leads Myanmar's junta. ASEAN's decision to invite him, according to 45-year-old India Fernida, "is not right because they should not be legitimized."

"We condemn this because the military general is one of the perpetrators of human right violations," she said while coordinating a protest near the ASEAN Secretariat.