More people in Japan are getting their boating licenses, as the coronavirus pandemic has fueled interest in outdoor activities and increasingly lured them to marine leisure, a licensing organization recently said.

The number of people who have passed the license exam in fiscal 2020 just ended last month increased by over 25 percent to 71,975 from a year earlier, according to the Japan Marine Recreation Association.

An official of the association has attributed this to people devoting more time and money to obtaining the license, thanks to new demand from "nesting" and teleworking spurred on by the pandemic. 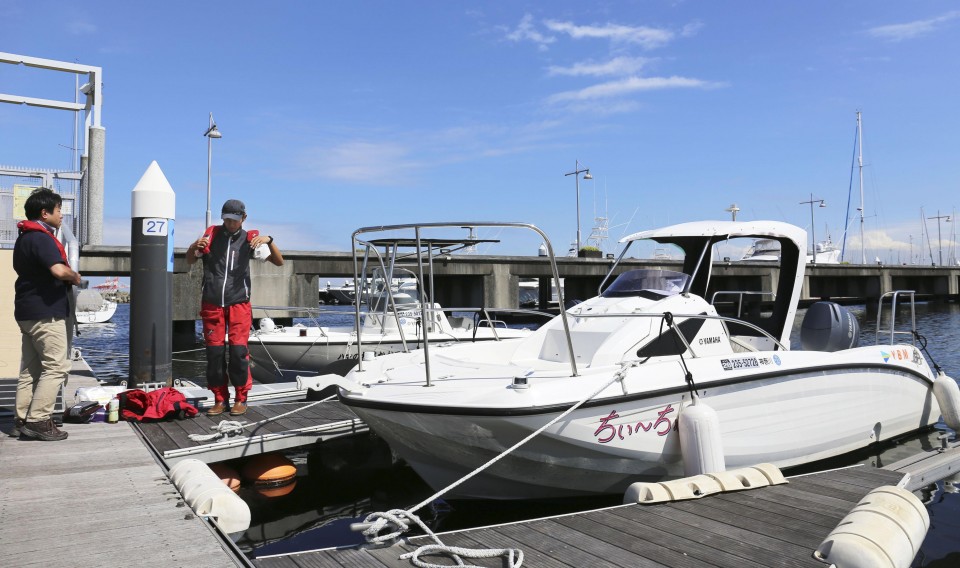 A pleasure craft is pictured in Yokohama in September 2018. (Kyodo)

The rising number of boating license holders reflects how outdoor leisure has gained ground as people are now avoiding the so-called 3Cs under the pandemic -- closed spaces, crowded places, and close-contact settings, according to the official.

In Japan, the national license is mandatory for anyone operating almost all types of watercraft equipped with an engine in the country's waters. There are three categories for the permit, with the first-grade holders able to travel greater distances.

The association, as designated by the government, operates exams for the license.

As for why there is a marked rise for those obtaining first-grade boating licenses, the official said, "Teleworking has helped eliminate commuting time and given people more free time for studying."

The official also said people have likely diverted their spending on dining out to obtaining the license, as eateries have closed shop early or halted operations in many areas due to the pandemic.

Looking at the monthly figures, successful applicants of the boating license exam increased by between 10.3 and 71.6 percent in the second half of 2020, following a 5.7 percent rise in June after the first COVID-19 state of emergency was lifted nationwide the previous month.

The annual number of who passed the license exam remained at the 50,000 level since fiscal 2016, with the figure in fiscal 2019 standing at 57,258, according to the association.