North Korea on Thursday marked the 109th anniversary of the birth of its founder Kim Il Sung, the grandfather of current leader Kim Jong Un, as the country remains wary of the novel coronavirus.

North Korea, which officially says it has no confirmed virus cases, has in principle cut off traffic to and from neighbors China and Russia since early last year, while some reports say it has started to ease restrictions put in place to prevent the virus from spreading. 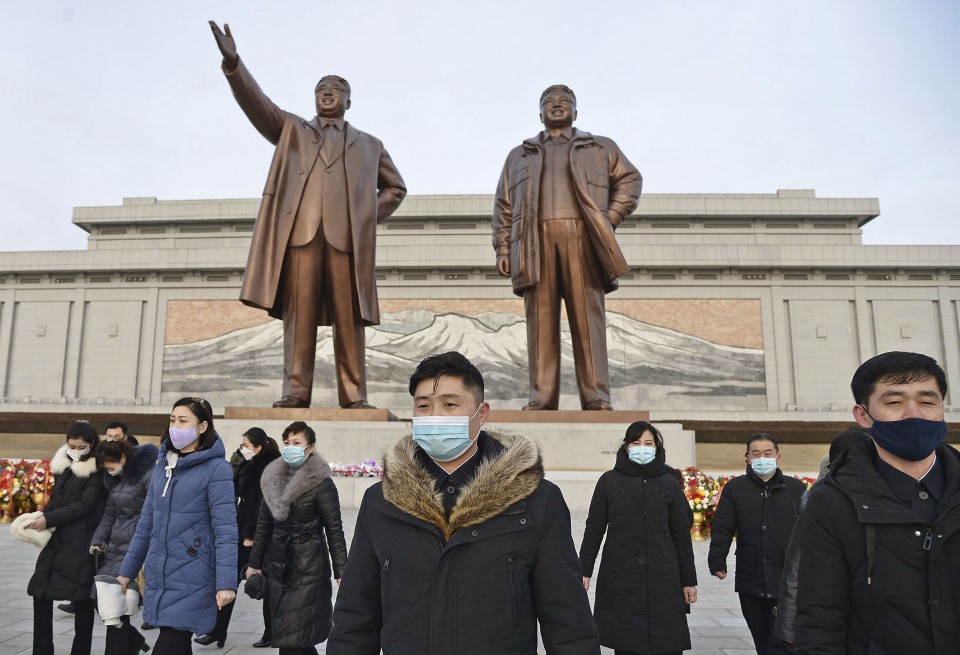 The anniversary, known in North Korea as the "Day of the Sun," is a major holiday in the country. Related events were conducted in the capital Pyongyang.

The commemoration also came three weeks after North Korea fired what it calls new tactical guided projectiles into the Sea of Japan in apparent defiance of U.N. Security Council resolutions designed to thwart its nuclear and ballistic missile ambitions.

North Korea's latest missile launch was aimed at testing the administration of U.S. President Joe Biden, who took office in January, as bilateral talks on denuclearization and sanctions relief have been at a stalemate, foreign affairs experts say.

On Mansu Hill in Pyongyang on Thursday, citizens and military personnel laid flowers and bowed before giant statues of the founder and his son, Kim Jong Il, the previous leader who died in 2011.

Russian Ambassador to North Korea Alexander Matsegora said in an interview with Tass news agency that citizens in the capital have recently been allowed not to wear face masks during a wedding and that schools there may reopen as early as Monday.

Matsegora added, "Everything points to the fact that the Democratic People's Republic of Korea that became the first to close its borders, will be the last to open them," using the formal name of the country.

Last year, North Korea's state-run media did not report that Kim Jong Un had visited the Kumsusan Palace of the Sun mausoleum complex in Pyongyang on the key April 15 anniversary, briefly sparking speculation that he was in grave health.

The Kumsusan Palace of the Sun is where the embalmed bodies of North Korea's two former leaders lie in state. Since 2012, a year after Kim Jong Un effectively became the country's leader, North Korean media had reported his visit there every year.