Taiwan's total fertility rate, or births per woman, will be the lowest in the world in 2021, the U.S. Central Intelligence Agency says in latest estimation.

Its statistics published online show that among the 227 countries and regions, Taiwan ranks last at 1.07 children per woman, far below the 2.1 replacement rate needed to maintain the population. 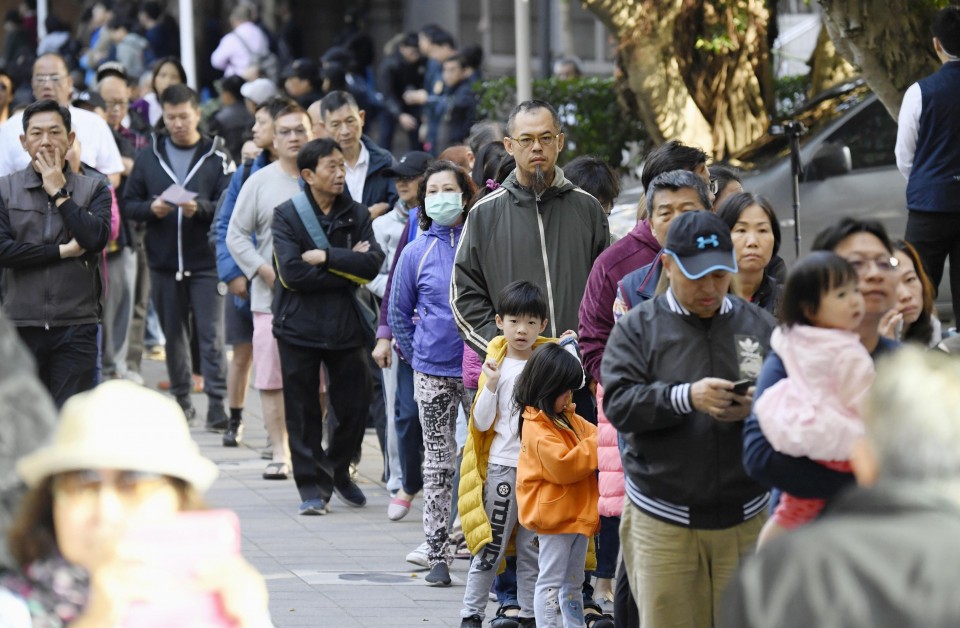 People form a line at a polling station in New Taipei City on Jan. 11, 2020, to vote in Taiwan's presidential and legislative elections. (Kyodo) ==Kyodo

African nations have the highest fertility rates in the world, with Niger in first place at 6.91 children per woman. It was followed by Angola, the Democratic Republic of the Congo, Mali and Chad.

Total fertility rate compares figures for the average number of children that would be born per woman if all women lived to the end of their childbearing years and bore children according to a given fertility rate at each age.

Taiwan's declining birth rate spells trouble across the social and economic map, especially as Taiwanese are living significantly longer than in the past, with projections suggesting that by 2025 Taiwan will become a super-aged society, with 20 percent of its population being over 65.