Total of 4 SDF members now infected with coronavirus in Africa

Two members of a Japan Self-Defense Forces unit stationed in Djibouti in eastern Africa have been infected with the coronavirus, the Japanese Defense Ministry said Sunday, bringing the total to four.

The latest infections were confirmed at a base where around 110 troops are working in support of Japan's antipiracy mission in waters off neighboring Somalia. 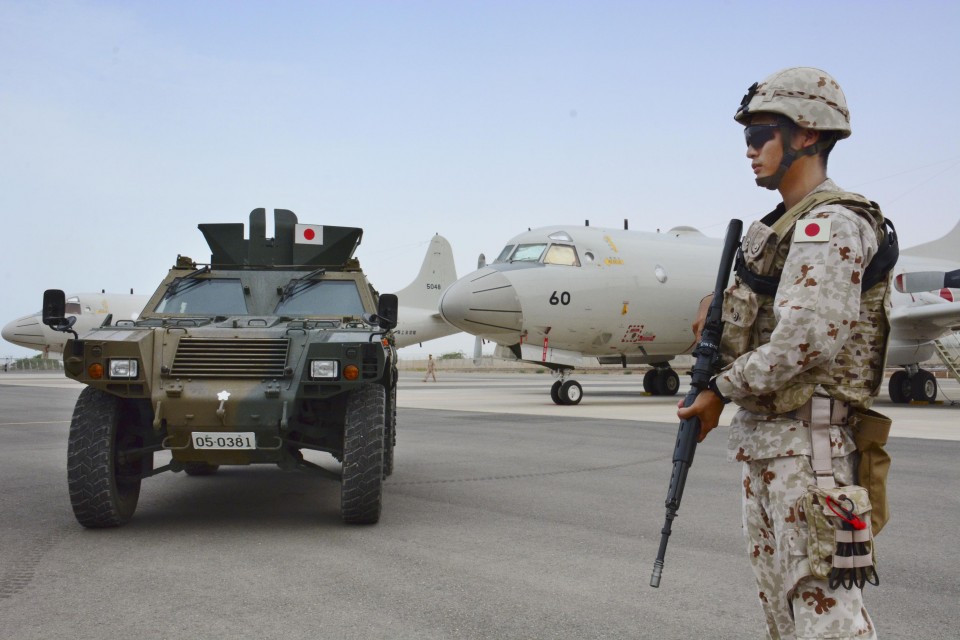 A member of the Self-Defense Forces stands guard at a base in Djibouti in eastern Africa in June 2018. (Kyodo)

The ministry said the series of infections has not disrupted the mission, which involves Maritime Self-Defense Force vessels and patrol aircraft operating in the Gulf of Aden.

The two MSDF members, each aged between 20 and 40, tested positive for the virus on Saturday at the base's medical office. Both are in a stable condition while two of their colleagues who were in contact with the infected pair have been isolated, the ministry said.

The announcement came a day after the ministry said two Ground Self-Defense Force members stationed at the base were infected with the virus.